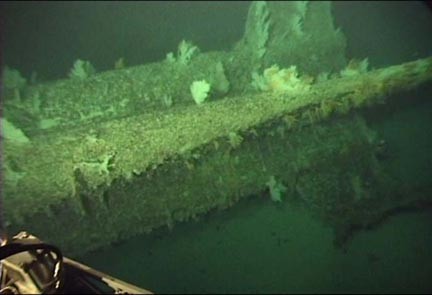 After preliminary shakedown operations, S-19 was decommissioned and returned to the contractor on 8 March 1922 for further work to remedy defects revealed in her first weeks of operation. Upon her return to the Navy, S-19 recommissioned at Groton, Conn., on 6 January 1923, Lt. Comdr. William J. Butler in command.

S-19 operated off the northeastern coast of the United States from 1923 into 1930, taking part in fleet exercises off Panama in the early months of each year. This routine was interrupted in the foggy, early hours of 13 January 1925, when the submarine ran aground off Chatham, Mass., on the southern coast of Cape Cod, after strong winds and unusually heavy seas had pushed her far from her course. She had departed Portsmouth (N.H.) Navy Yard the previous afternoon after overhaul, and was en route to New London. The Coast Guard cutters Tampa and Acushnet came to S-19's assistance, as did life-saving crews from two nearby Coast Guard stations. Heavy seas made it impossible to pass a line to the grounded submarine or to reach her by boat until late in the evening of 14 January, when a party from the Nauset, Mass., Coast Guard station succeeded in boarding. By the morning of the 15th, S-19's crew had been safely brought to shore. After strenuous effort by Navy tugs and the Coast Guard cutters, S-19 was finally freed from the shoal.

Repaired and returned to service with the fleet, S-19 continued her Atlantic operations until 22 October 1930, when she departed New London for the Pacific. The submarine arrived at Pearl Harbor on 7 December 1930, and for the next three years operated out of Hawaii. She was decommissioned at Pearl Harbor on 10 February 1934, was struck from the Navy list on 12 December 1936. Almost two years later the hulk was towed to sea and sunk on 18 December 1938 in accordance with the terms of the London Treaty.