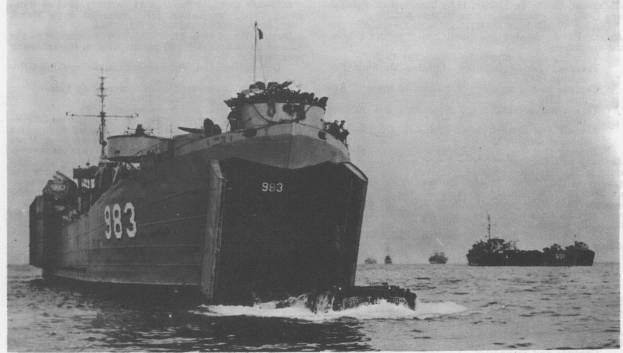 Caption: LST-983, with LST-601 in the background, launches a Marine LVTP-5 for a waterborne landing. When carrying amphibious tractors, an LST could land her payload from offshore without beaching. Today's Newport (LST-1179)-class ships can debark amphibious vehicles from their stern gates.

in Alabama, Georgia, Iowa, Mississippi, and Virginia. She was decommissioned on 23 November 1955. The in ship was recommissioned on 28 July 1966. Clarke County performed service in the Vietnam theater during the period 1967 to 1970.