This name was carried by the vessel when inspected by the Navy.

The single-screw wooden-hulled tug Little Sisters was built in 1906 at Patchogue, N.Y., by George W. Bishop, and owned (1918) by Charles O. Doxsee and Willard W. Clark of Inslip, N.Y. 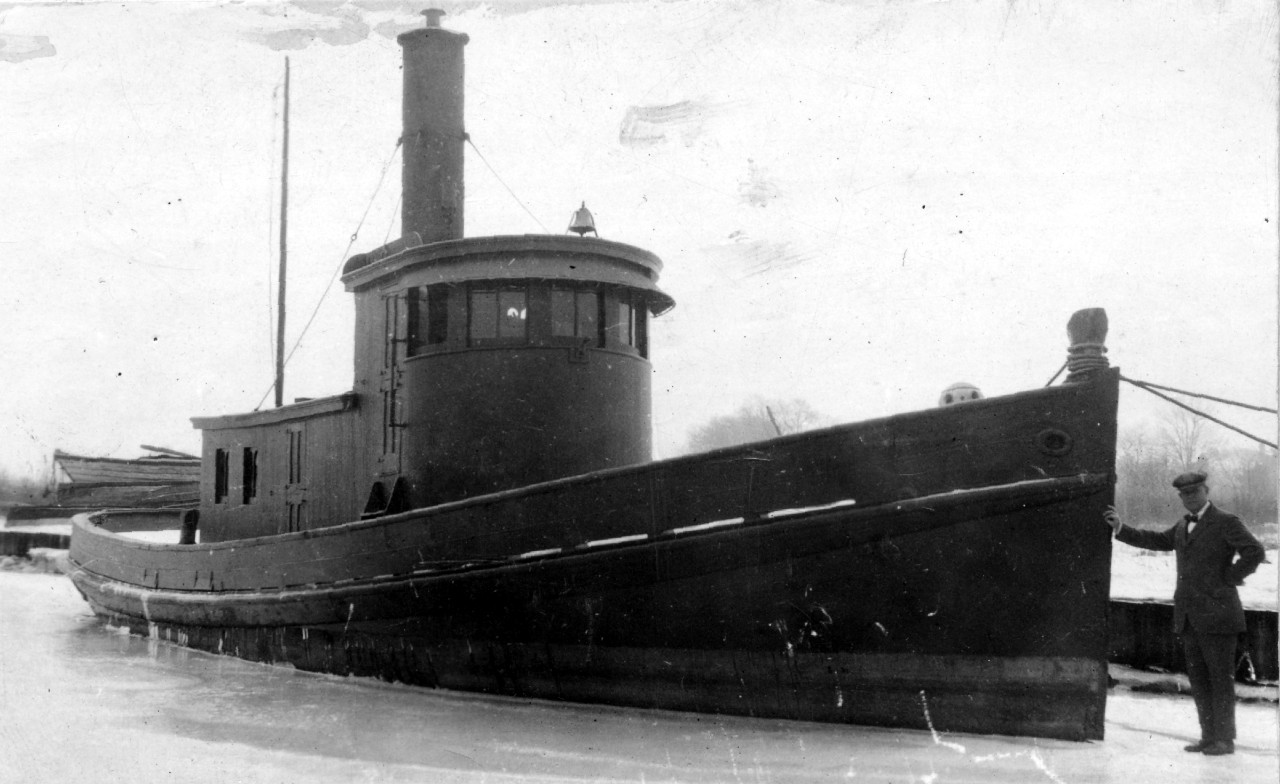 Caption: An undated view of Little Sisters, frozen in the ice, with the nattily-attired gentleman at right providing a sense of scale for this small tug. (Ships History Files, S.P. Card Collection, Box 6, Naval History and Heritage Command)

Little Sisters was inspected on 8 April 1918–a year after the U.S. had entered the Great War– within the Third Naval District for potential employment as a harbor tug. The commandant of that district received authorization on 25 May 1918 to take over the vessel, which had been assigned the identification number (Id. No.) 2530. That same day, the Navy asked the tug’s owners to deliver her to the Commandant, Third Naval District, and informed the owners that their vessel would be acquired.

Little Sisters’ hull, however, was determined to be in poor condition. Soon thereafter, an order of 7 June 1918 directed her return to her owner.