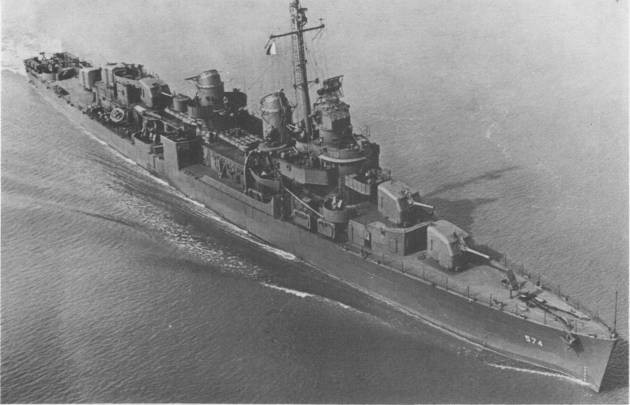 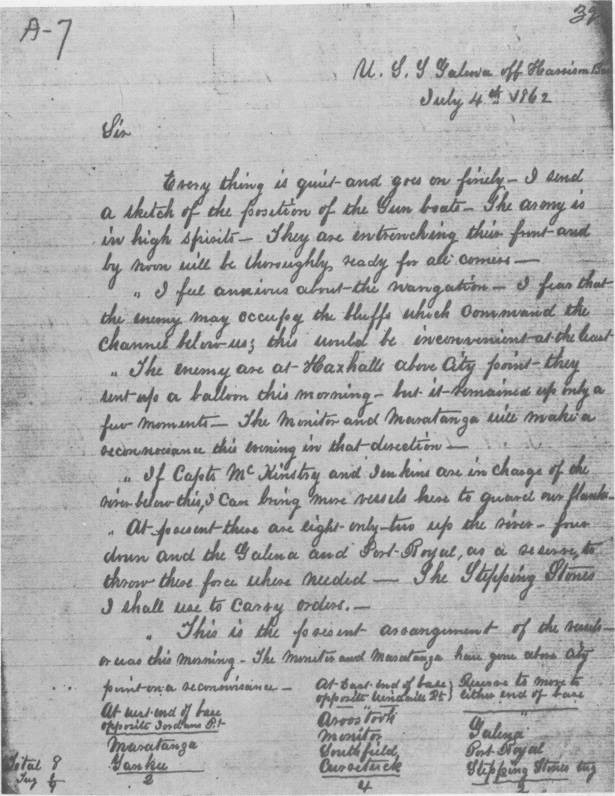 John Rodgers, born near present Havre de Grace, Md., 11 July 1772, entered the Navy as Second Lieutenant 8 March 1798 and was assigned to Constellation. He helped capture French frigate L'Insurgente 9 February 1799 and took command of her as prize master. He was promoted to Captain 5 March 1799 and 3 months later took command of Maryland. In March 1801 he transported the ratified French-American Peace Treaty to France.

Placed in command of John Adams the following year, he sailed for the Mediterranean to attack Barbary forts and gunboats at Tripoli. His brilliant record fighting the corsairs won him appointment as Commodore of the Mediterranean Squadron in May 1805.

A year later he returned to the United States to take command of the New York Flotilla. After the Embargo Act was passed at the close of 1807, Rodgers commanded operations along the Atlantic coast enforcing its provisions.

In the spring of 1811, upon word that a British ship was impressing American seaman off Sandy Hook, N.J., Commodore Rodgers, in President, was ordered to investigate. On 16 May he defeated British corvette Little Belt in a spirited engagement which foreshadowed his brilliant success in the forecoming war with England.

On the sixth day of the War of 1812, still in President, Rodgers drove off British frigate Belvidera and chased her for 8 hours before she escaped. During the remainder of the war he captured 23 prizes and on land rendered valuable service defending Baltimore during the attack on Fort Henry.

Following the war, Rodgers headed the Board of Navy Commissioners until retiring in May 1837. Commodore Rodgers died in Philadelphia 1 August 1838.

John Rodgers, son of Commodore John Rodgers, was born near Havre de Grace, Md., 8 August 1812. He entered the Navy as a midshipman 18 April 1828. Service in the Mediterranean on board Constellation and Concord opened his long career of distinguished service. In the mid-1850's he succeeded Comdr. Ringgold in command of the North Pacific Exploring and Surveying Expedition, which added greatly to our knowledge of far eastern and northern waters.

In the early months of the Civil War, Rodgers organized the Mississippi Flotilla and supervised construction of the first ironclad gunboats on the western rivers. He took command of ironclad Galena in April 1862 and operated with distinction in the James River while supporting General McClellan's Peninsular Campaign. He was promoted to Captain 16 July 1862 and transferred to monitor Weehawken. In her he distinguished himself during the attack on Fort Sumter and in capturing Confederate ram Atlanta. The latter service won him the thanks of Congress and promotion to Commodore.

After the war, Rodgers commanded the Boston Naval Station until 1869. He was elevated to Rear Admiral in December 1869 and given command of the Asiatic Squadron. In this post he ably handled diplomatic duties in addition to his naval responsibilities. Back in the United States he commanded Mare Island Naval Station and the Naval Observatory. He died in Washington 5 May 1882.

John Rodgers, great grandson of Commodore Rodgers, was born in Washington 15 January 1881 and graduated from the Naval Academy in 1903. His early naval career included service on ships of various types before studying flying in 1911 and becoming the second American naval officer to receive a pilot's license.

He commanded Division 1, Submarine Force, Atlantic Fleet in 1916; and, after the United States entered World War I, he commanded the Submarine Base at New London, Conn.

Following the war, he served in European waters and received the Distinguished Service Medal for outstanding work on minesweeping operations in the North Sea. After several important assignments during the next.5 years, he commanded Aircraft Squadrons, Battle Fleet, in Langley in 1925. That year he made the first attempt at a non-stop flight from California to Hawaii. In command of seaplane PN-9, he departed San Pedro 31 August, but a fuel shortage forced his plane to land short of her destination 1 September. While ships searched for the plane, Comdr. Rodgers led his crew in improvising sails from the plane's wing material to continue the trip afloat. Finally, 9 days later, after sailing the plane to within 15 miles of Nawiliwili Bay, Kauai, Rodgers hailed Submarine R-4 and was towed into port.

After this experience, he served as Assistant Chief of the Bureau of Aeronautics until killed in an airplane crash 27 August 1926.

After shakedown in the Caribbean, John Rodgers departed Norfolk 13 May escorting a convoy through the Panama Canal to Pearl Harbor. Following a short training period there, the destroyer joined the screen of a fast carrier task force in August during damaging raids on Marcus Island, Tarawa, and Wake Island which also gathered invaluable information for future landings.

Then, in a joint cruiser-destroyer force, she sailed for Empress-Augusta Bay to support landings on Bougainville 1 November. While screening the transports there a week later, she assisted Santa Fe in splashing a Japanese torpedo plane.

From this action she joined the destroyer screen of the Southern Attack Force for the invasion of the Gilbert Islands. She protected the transports during the landings on Betio Island 20 November and remained in the area supporting the brave marines ashore until Tarawa Atoll was secure.

Late in December the destroyers sailed to Pearl Harbor to prepare for the next major offensive. John Rodgers departed Pearl Harbor 22 January 1944 headed for the Marshall Islands. Profiting from experience gained in previous engagements, the Navy launched a well-coordinated attack on Kwajalein Atoll 31 January. In addition to providing antiaircraft and antisubmarine protection, John Rodgers supported the landing forces with gunfire which knocked out enemy troop concentrations and pill boxes. After the last resistance disappeared 7 February, the destroyer patrolled the Marshall Island area until late March.

During April she acted as escort for ships bringing men and weapons as American forces surprised the enemy at Hollandia. Naval fire support helped ground troops to secure airfields giving the United States a closer base for future attacks on the remaining Japanese held islands.

In May John Rodgers operated out of Guadalcanal screening convoys and bombarding enemy positions. Early in June she sailed to the Marshall Islands to prepare for the Marianas Campaign and departed Eniwetok 17 July with the Guam invasion force. Beginning 21 July, John Rodgers fired more than 3,600 rounds at targets on Guam helping to knock out enemy troop concentrations and defensive works. The destroyer remained in the Marianas until 4 August and provided antisubmarine screen for transports bringing reinforcements.

In August John Rodgers began preparations for the Morotai Invasion and departed Humbolt Bay 14 September to support and screen the landings there. After this operation, which provided the only Allied base from which to stage short-range fighters and bombers to Leyte, she remained on patrol duty in the area.

John Rodgers returned to Hollandia 2 October to prepare for the long-awaited invasion of the Philippines. She got under way for Leyte 13 October and arrived to support landings 7 days later. Now commanded by Comdr. J. G. Franklin, she screened the ships carrying General MacArthur and his troops back to the Philippines. As American fighting men moved inland and took two important airfields, the destroyer provided fire support and patrolled the area.

Meanwhile, risking all to save the Philippines, Japan committed her entire remaining naval force to battle. The U.S. Navy met this challenge by routing the Japanese in the decisive Battle for Leyte Gulf, and reducing their once powerful navy to a mere shadow of its former strength.

Then John Rodgers turned toward the Benin Islands to screen a fast carrier task force covering the invasion of Iwo Jima 19 February. Although air raids and heavy guns knocked out many enemy defensive works, the island was well enough fortified to make the Navy pay a high price in lives and weapons for this vital stopover for B-29 bombers raiding Tokyo.

Following Iwo Jima, John Rodgers resumed duty with the fast carrier task force raiding Japan while awaiting the invasion of Okinawa, last and greatest amphibious operation of the Pacific war. John Rodgers operated with the carriers as they continued to bomb both Japan and Okinawa. She began screening operations as the first assault wave hit the beach 1 April. She stood by protecting the carriers and splashed two kamikazes as they dived toward the flattops. She remained in the area supporting operations until Okinawa was finally secure 21 June.

As the war closed, John Rodgers screened the 3d Fleet during almost continuous raids on Japan. Late in July she operated with Destroyer Division 25 on the Suruga Wan antishipping sweep and penetrated to within 1% miles of the Japanese shoreline, probably the closest approach made by surface ships during the entire war. Admiral Halsey congratulated the division commander who had led the sweep on board John Rodgers: "Loud applause to you and your boys for a well planned sweep conducted in the best destroyer tradition. You have been enrolled on the emperor's blacklist."

Following the atomic bombing of Hiroshima and Nagasaki and the subsequent collapse of Japan, the indefatigable destroyer screened transports carrying occupation troops into Tokyo Bay 6 September. The triumphant entry into Tokyo was a fitting and well-deserved climax for John Rodgers who had fought in almost every major offensive campaign of the Pacific war without losing a single man.

Her stay was brief, however, as she sailed for home and arrived Boston 17 October. She moved to Charleston, S.C., 3 November, decommissioned there 25 May 1946, and entered the Atlantic Reserve Fleet. Moved to Philadelphia in 1954, at present she is berthed in Texas where she remains ready to answer any future call to duty. 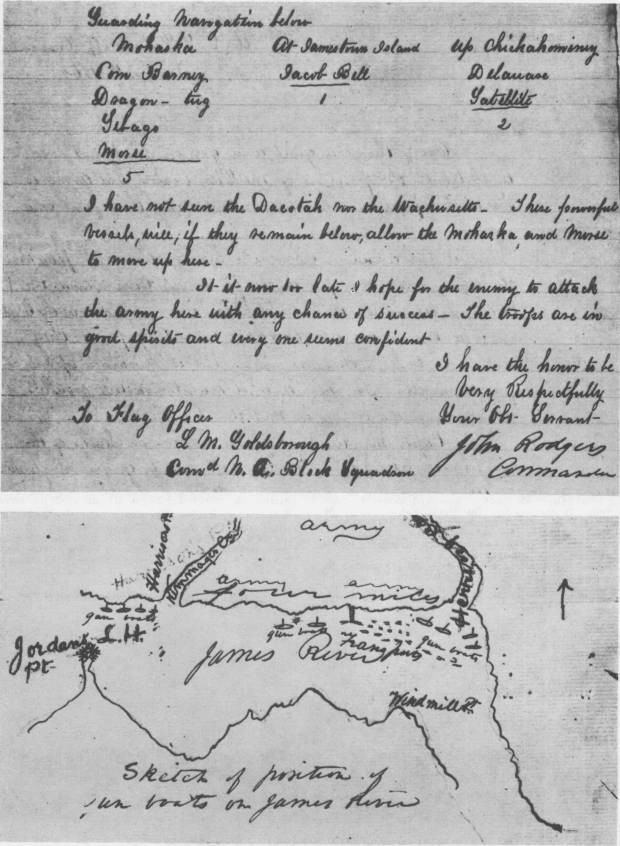