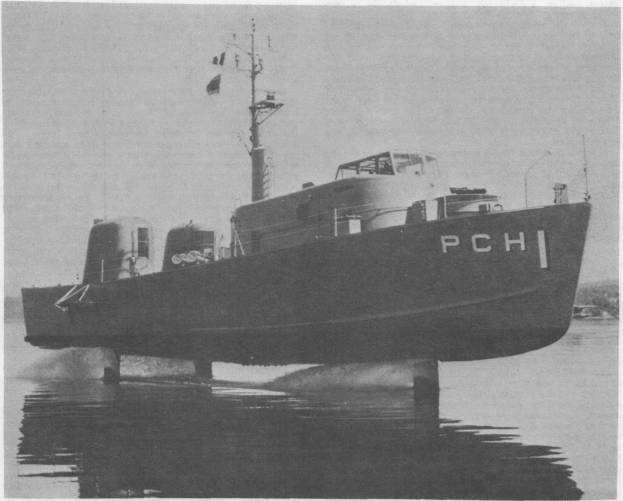 Caption: USS High Point (PCH-1). Notice space between bottom of her hull and surface of the water.

A city in central North Carolina.

High Point is the first of a series of hydrofoil craft designed to evaluate the performance of this kind of propulsion in the modern Navy. She has three submerged foils containing propulsion nacelles and propellers, and is also capable of riding on her hull like a more conventional ship. On her foils, High Point is capable of very high-speed operation, and can add mobility and flexibility to America's antisubmarine forces. The craft carried out tests in Puget Sound during 1963 through 1967.