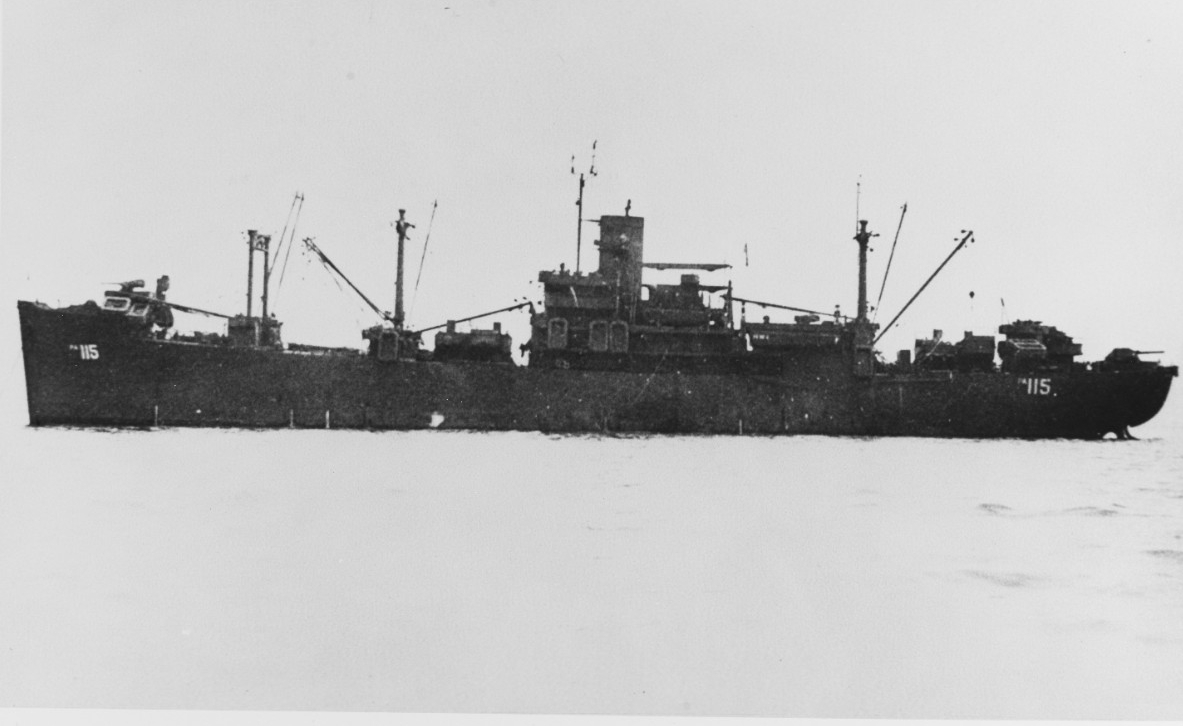 The first Hampton retained its former name, while the second was named after a county in South Carolina.

After completing her shakedown training out of Galveston, Hampton arrived Newport 20 March for duty as a training ship for pre-commissioning crews. She continued this vital duty until departing 7 May for Norfolk to embark troops destined for Hawaii. The transport sailed 19 May and arrived Pearl Harbor via the Panama Canal 9 June. At Hawaii Hampton embarked over 1,000 members of the 34th Construction Battalion and sailed for Guam, where she arrived 6 July 1945. After disembarking her Seabees, so vital to the success of the island campaign in the Pacific, the transport sailed to the east, arriving San Francisco 25 July.

Hampton sailed from San Francisco 13 August, just prior to the surrender of Japan, and arrived Samar Island via Ulithi and Eniwetok 7 September. Joining the vast fleet carrying occupation forces to Japan, Hampton landed troops at Aomori Bay, Honshu, 25 September, and then returned to Okinawa for more occupation units. During October she carried these troops to Jinsen, Korea; Chefoo and Tsingtao, China, helping to speed occupation of these ports and stabilize the volatile China situation.

Hampton departed Tsingtao for Portland via Okinawa and Leyte, arriving 28 October 1945. She then made two voyages to Guam as part of the "Magic Carpet" fleet, performing the giant task of bringing home the thousands of Pacific veterans. After returning to the Pacific coast from the second voyage 10 February 1946, the transport sailed for the East Coast, arriving Norfolk 7 March. She decommissioned 30 April 1946 and was returned to the Maritime Commission 1 May. In 1947 Hampton was sold to Pope and Talbot Lines and renamed P. & T. Explorer.