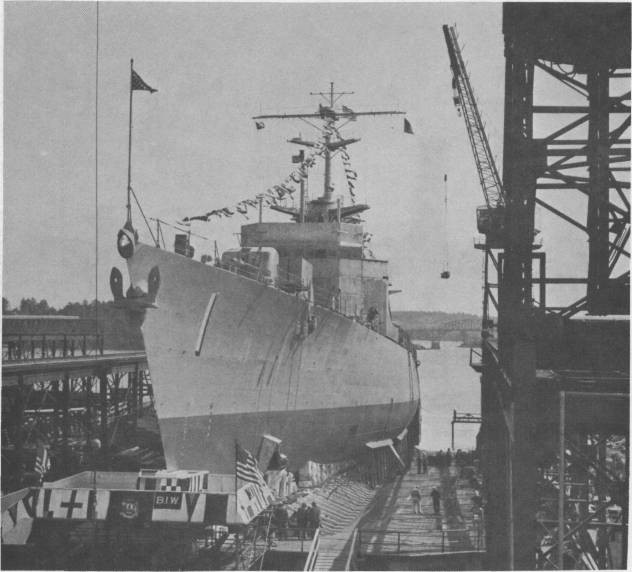 John Glover, born 5 November 1732 at Salem, Mass., became a wealthy merchant and shipowner in Marblehead, Mass., prior to the outbreak of the Revolutionary War. A leading member of the Marblehead committee of correspondence, in 1775 he formed a local militia to defend the area. Made up of sailing men, his unit also trained as infantrymen and later became known as the "amphibious regiment." Soon after taking formal command of the Continental Army 3 July, General George Washington placed Glover in command of equipping and manning armed merchant ships for the defense of the colonies, thus forming our first deep water force, "George Washington's Navy." Following the British evacuation of Boston 17 March 1776, he was ordered to New York where his regiment transported troops during their evacuation from Long Island. In December they transported Washington's troops across the Delaware River, and, during the successful attack on Trenton 26 December, his regiment led the advance. Promoted to Brigadier General in February 1777, he participated in the campaign against Burgoyne's forces. After the British surrender 17 October, he returned prisoners to Boston for shipment back to England. While stationed at West Point in 1780, General Glover served on the court that convicted Major John Andre 29 September of spying. Early in 1782 he was dispatched to Massachusetts to take charge of mustering recruits, but failing health forced him to retire from active duty. He remained in Massachusetts after the war and during January and February 1788 served as a member of the Massachusetts convention which ratified the Federal Constitution. He died at Marblehead 30 January 1797.

Fitted out with advanced sonar and antisubmarine weapons, Glover is designed to serve as an experimental research escort for developing and testing the latest antisubmarine weapons systems. As a research ship, she will test equipment designed to more readily detect and track enemy submarines, and she will evaluate tactics and procedures which may be used on future classes of escorts. Capable of participating in offensive operations against submarines, she will provide valuable support for hunter-killer groups, amphibious forces, and ocean convoys.

Glover joined the U.S. Atlantic Fleet in 1966 as a unit of Cruiser-Destroyer Forces and operated along the Atlantic Coast and in the Caribbean. September she entered Boston Naval Shipyard for modifications.