A city in Michigan.

Following commissioning, Flint passed through the Panama Canal to her new home port of Naval Weapons Station Concord, Calif. (2–15 December 1971). The ship made her first deployment during a voyage to the Western Pacific (13 October 1972–10 May 1973), supporting allied forces fighting in the Vietnam War. While returning from the war on 24 April, the ship was diverted to render assistance to civilian tug Mohawk, which experienced engine failure while towing a barge. Flint rendezvoused with Mohawk about 100 miles southwest of Wake Island on 26 April, and took her in tow until 29 April, when she passed her charge to fleet ocean tug Abnaki (ATF-96).

While deployed to the Western Pacific on 28 October 1978, the ship rescued 86 crewmembers from merchantman San Jose II when she wrecked near Palawan Island in the South China Sea. On 7 October 1993, a maintenance petty officer was killed attempting to ride a cargo elevator from a lower level to the main deck. At an admiral’s mast Cmdr. Patrick J. Sharrett, Flint’s commanding officer, accepted responsibility for the sailor’s death and was relieved of command by Commander Logistics Group One. Flint was decommissioned on 4 August 1995 at Naval Air Station Alameda, Calif., and placed in service with the Military Sealift Command (MSC).

After the al-Qaeda attack against the United States on 9/11, aircraft carrier Kitty Hawk (CV-63) deployed from Yokosuka, Japan, as an afloat forward staging base for special operators. The terrorist strike caught the ship in the midst of yard work, but she rapidly completed the work and carried out sea trials and exercises in the Philippine Sea (21–29 September 2001). During those exercises the ship rendezvous’ twice with Flint and three times with oiler Rappahannock (T-AO-204). These replenishments enabled the carrier to steam at speed to the Indian Ocean (1–12 October), where she embarked Task Force Sword, a composite USA special operations force, and support Operation Enduring Freedom I. 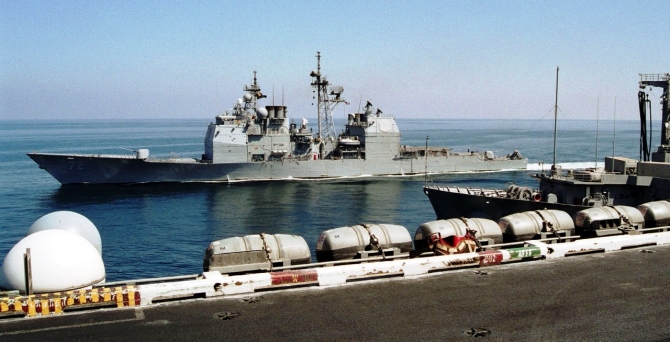 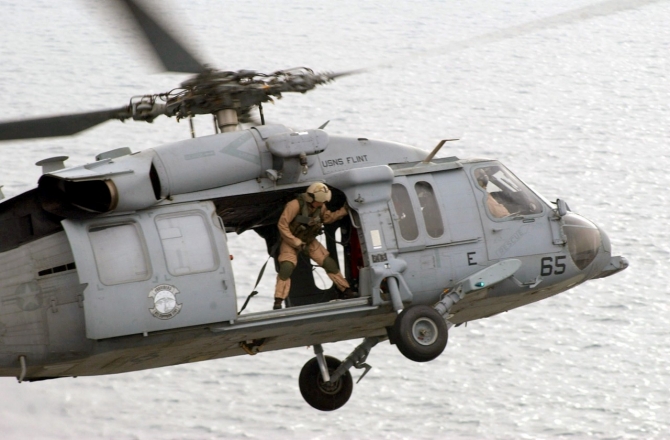 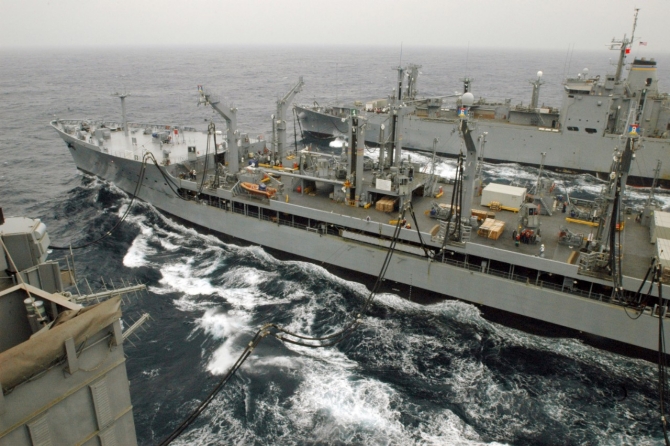 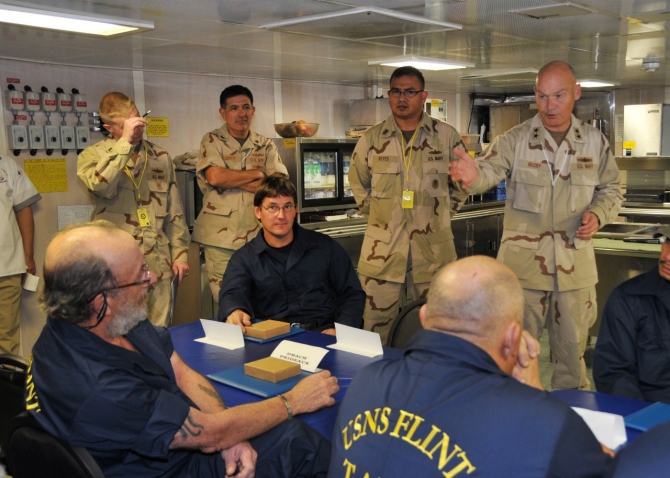 Flint was stricken on 8 November 2013, and awaits disposal while berthed as part of the Maritime Administration’s Beaumont Reserve Fleet at Beaumont, Texas.