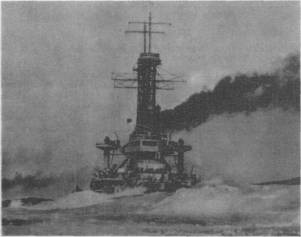 Ernest Elden Decker, born 15 September 1913 in Portland, Maine, enlisted in the Naval Reserve 14 September 1940. Lieutenant (junior grade) Decker was killed in action in the Solomon Islands 5 September 1942 when his ship Gregory (APD-3) was sunk in an engagement with Japanese surface ships.

Originally intended for transfer to Great Britain, Decker was launched as BDE-47, 24 July 1942 by Philadelphia Navy Yard; retained for use in the U.S. Navy; assigned the name and classification Decker (DE-47) on 4 March 1943; and commissioned 3 May 1943, Lieutenant Commander A. B. Adams, Jr., in command.

After escorting two oilers from Newport, R.I., to Galveston, Tex., between 9 and 24 July 1943, Decker reported at Norfolk, Va., 20 August for convoy duty. Between 26 August 1943 and 26 April 1945 she gave vital support to operations in North Africa, Italy, and Southern France by guarding the passage of nine supply convoys to Casablanca, French Morocco; Bizerte, Tunisia; Palermo, Sicily; and Oran, Algeria. On 11 May 1944, at sea bound for Tunisia, she aided in repelling a heavy torpedo bombing attack by enemy planes.

After overhaul at Charleston, S.C., Decker operated in the Florida Keys as a training vessel until the end of the war. On 28 August 1945 she was leased to the Republic of China. Decker was returned from Lend-Lease and transferred permanently to China 7 February 1948 and renamed Taiping. On 14 November 1954 Chinese Communist gunboats sank Taiping off the Tachen Islands.