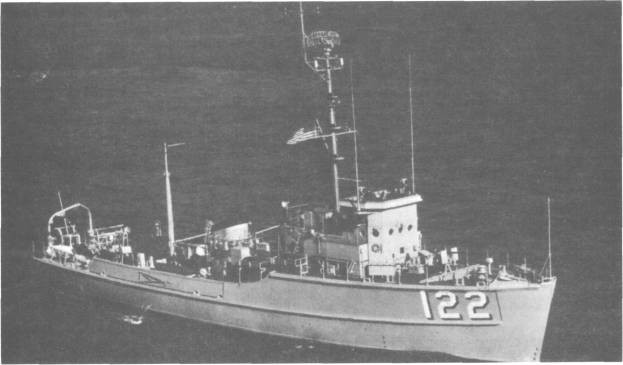 A genus of web-footed sea birds.

For the rest of the year Cormorant conducted minesweeping, sonar school, and other operations on the west coast except for a brief cruise to Pearl Harbor for duty with the Naval Reserve Training Center.

Sailing to the Far East, Cormorant arrived at her new home port Sasebo 22 February. She remained in the western Pacific conducting minesweeping exercises in Korean and Japanese waters and voyaging to Formosa, Okinawa, and the Philippines for training through 1960.