A town in Massachusetts, the scene of the first clash between the Americans and British troops in the American Revolution, on 19 April 1775. 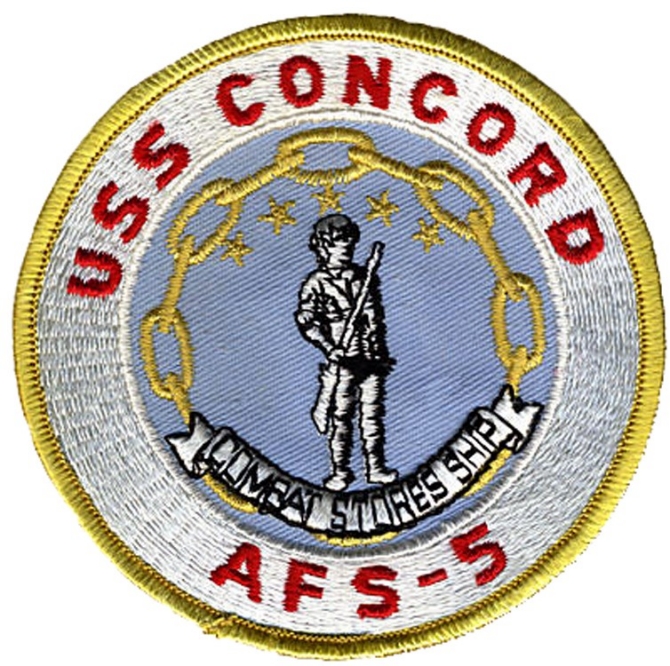 The ship’s seal has the historical Minuteman of early Concord as its central theme and predominant feature. The Minuteman is symbolic of the readiness to serve that is basic to the American heritage. It is also the essence of the naval mission of a combat store ship: service to the fleet. Outlining the insignia are sixteen links of nautical chain, representing the sixteen U.S. cities named Concord at the time of the ship’s commissioning.

On 8 October 1969, the Sixth Fleet diverted Concord from a voyage to Malta and ordered her to proceed to La Goulette, Tunisia. The ship’s two UH-46A Sea Knights, from Helicopter Combat Support Squadron (HC) 6, carried medical teams and more than 60 tons of supplies and medical goods into villages isolated by the floods. The rising waters had stranded some people for nearly a week, and they desperately needed the medicines that the crewmen distributed, including inoculations against typhoid and typhus, and the blankets, tents, and clothing they provided. On 13 October, Concord came about and steamed from La Goulette to Sfax in order to send relief into areas that lay outside the range of her helicopter’s initial humanitarian relief flights. Her Sea Knights flew an additional 45 tons of supplies inland, and that night the ship cleared the area and rendezvoused with store ship Denebola (AF-56) to resume supplying the Sixth Fleet.

Decommissioned and placed in service with the Military Sealift Command (MSC) as USNS Concord (T-AFS 5) on 15 October 1992, she initially served with MSC’s Naval Fleet Auxiliary Force supporting the Pacific Fleet. 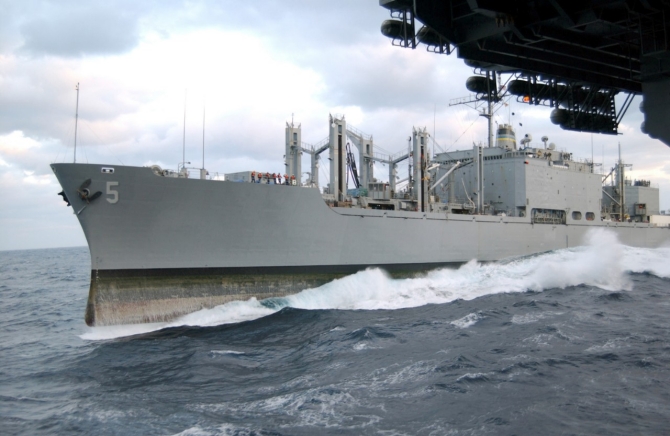 A fire erupted on board Egyptian-flagged cargo vessel Green Glory, in the Arabian Sea about 350 miles off the coast of Oman, on 23 June 2003. Coalition forces that raced to the ship’s aid included a Sikorsky MH-60S Knighthawk of HC-5, crewed by Lt. Harrison Schramm, Lt. j.g. Isaiah Blake, Chief Aviation Structural Mechanic Mikel Carr, Aircrew Survival Equipmentman 2d Class Joseph McCollum, and Aviation Ordnanceman 2d Class Rusty Jack, flying from Concord; a USN Lockheed P-3C Orion; and British landing ship Sir Tristram (L.3505). The Knighthawk lowered two search and rescue swimmers to the deck of the foundering ship, and despite heavy seas and fierce winds, the allies rescued all 27 crew members the following day. Sailors hoisted the last survivor aloft just as the ship sank. “They were the worst conditions I have ever flown in,” Lt. Schramm summarized the harrowing rescue. 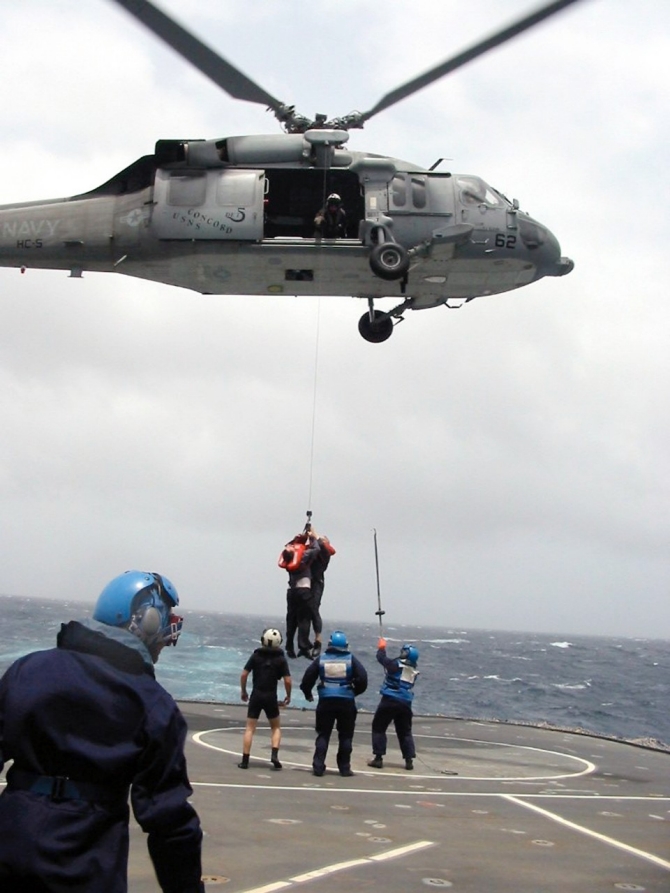 The ship was inactivated and laid up at the Naval Sea Systems Inactive Ships Maintenance Facility, Pearl Harbor, Hi., pending disposal, on 18 August 2009. Salvage ship Salvor (T-ARS-52) towed Concord from Pearl Harbor on 15 July 2012, to participate in RimPac 2012. Forty ships and submarines, and more than 200 aircraft and 25,000 people, from 22 nations, took part in the exercise in and around the Hawaiian Islands, principally near the Pacific Missile Range Facility Barking Sands (29 June–3 August). At 1612 on 27 July 2012, Canadian attack submarine Victoria (SSK.876) sank Concord with a Mk 48 torpedo at 23°N, 159°55'W, in waters 15,390 feet deep, 61 miles north northwest of the coast of Kauai, Hawaii. 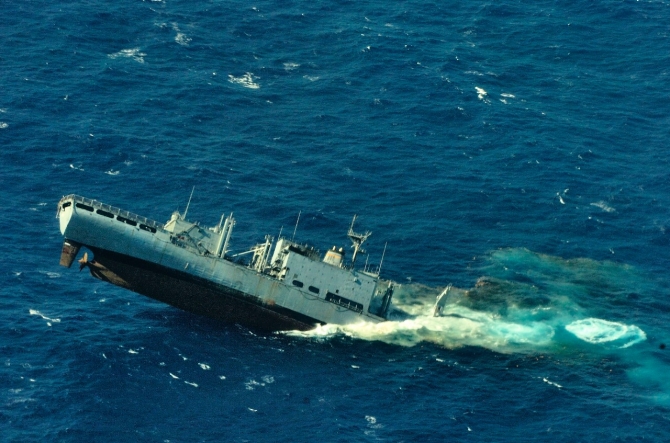