The extensive bay lying between Maryland and Virginia.

The second Chesapeake, a three-masted, sheathed, wooden bark with auxiliary steam power, was laid down on 2 August 1898 by the Bath Iron Works, Bath, Maine; launched on 30 June 1899; sponsored by Miss Elise Bradford; and commissioned on 12 April 1900, Lt. Comdr. Charles E. Colahan in command. 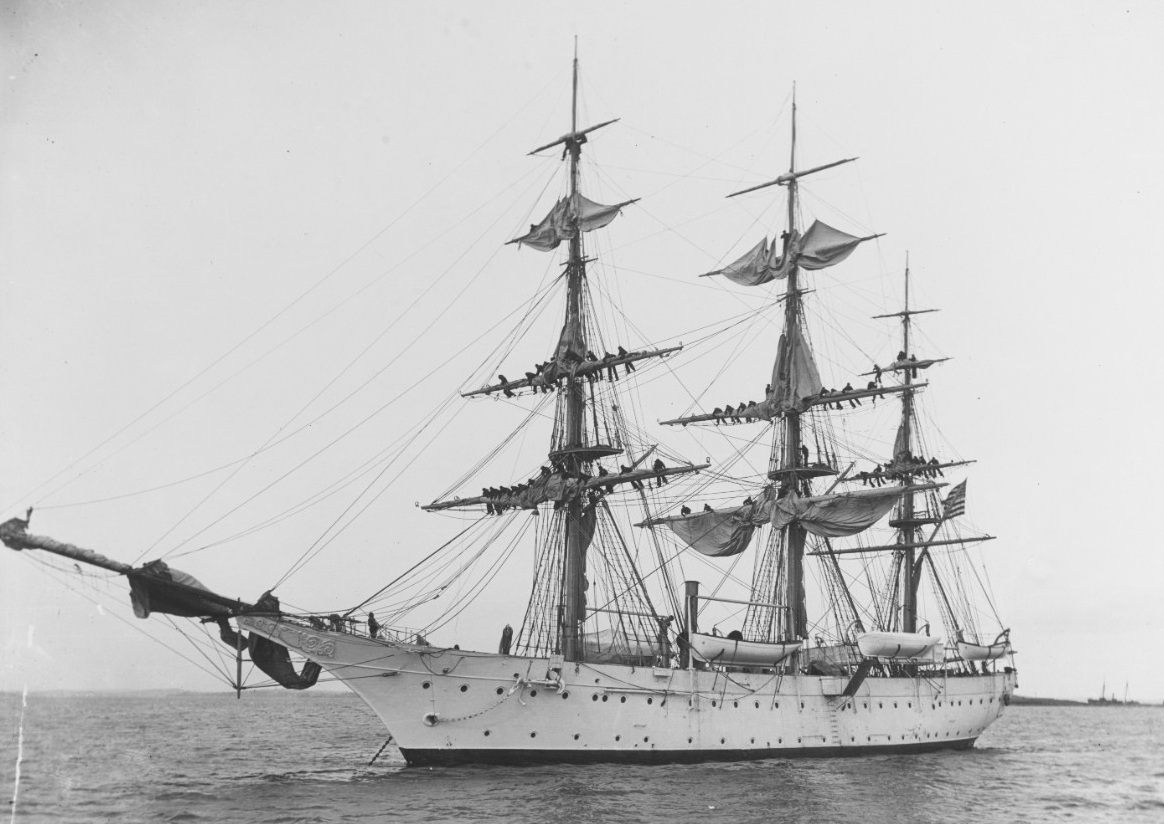 Following commissioning, Chesapeake was towed to Annapolis, Md., where she assumed duties as station ship and practice ship for midshipmen at the United States Naval Academy at Annapolis, Md. Renamed Severn on 15 June 1905, the bark decommissioned twice for repair and overhaul, provided facilities for seamanship drills at the Naval Academy, and carried out summer cruises off southern New England through 1909. On 15 February 1910, however, she was ordered refitted as a submarine tender; and, on completion of that work in mid-May, reported for duty with the 3rd Submarine Division. For the next three years, she performed tender duties in New England waters during the summer and in Chesapeake Bay during the winter, her movements being accomplished while under tow.

Decommissioned a third time for overhaul after summer maneuvers in 1913, Severn was recommissioned on 15 November and transferred to the Panama Canal Zone. She arrived at Coco Solo on 12 December 1913 and served as tender to the 1st Submarine Division into July 1916. Then ordered back to the United States, she arrived at Norfolk, Va., under tow by Nereus (Fuel Ship No. 10) on 1 August. Severn was decommissioned on 3 October, and on 7 December 1916, sold to F. G. McDonald of Ardmore, Pa.