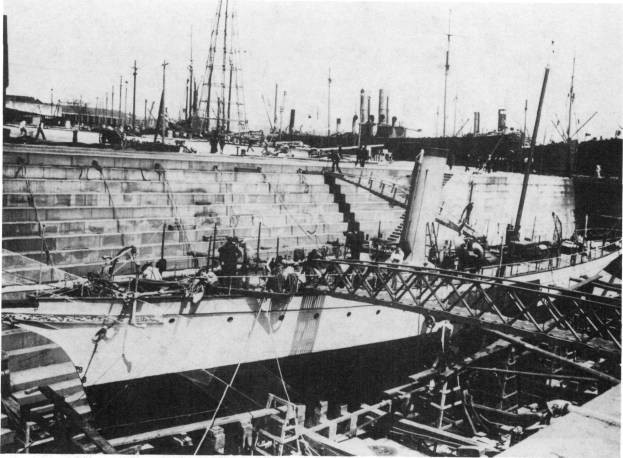 Aileen, a yacht built in 1896 at Chester, Pa., by John Roach & Sons, was purchased by the Navy on 28 April 1898; converted for naval service by the New York Navy Yard; and commissioned there on 14 May 1898, Lt. William Kilburn in command.

Found unfit for cruising the open seas, Aileen served on coastal defense through the Spanish-American War. On 18 May 1899, the converted yacht was transferred to the New York Naval Militia on loan for use as a training ship. On 18 November 1909, the New York Naval Militia returned Aileen to the Navy. She was placed in service at the Portsmouth (N.H.) Navy Yard on 30 April 1910; but, sometime later that year, the yacht was transferred to the Rhode Island Naval Militia and served the state of Rhode Island training naval militiamen until the United States entered World War I on 6 April 1917. The following day, Aileen was reacquired by the Navy and placed in commission once again. For the duration of the war, she served in the 2d Naval District, patrolling the New England coastline between New London and Block Island Sound. After February 1919, she operated from New London with the Reserve Squadron, Antisubmarine Squadrons, engaged in training missions. She was decommissioned on 5 July 1919 and, 18 days later, was ordered sold. Her name was struck from the Navy list on 12 August 1919. On 20 November 1920, she was sold to Tarns, Lemoin & Crane, of New York City.