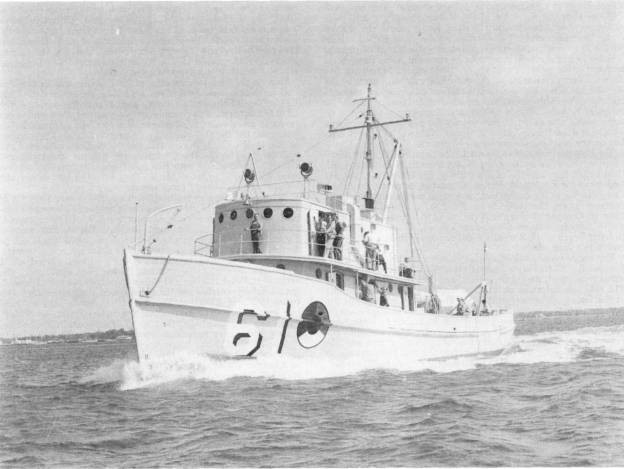 Following shakedown, Acme was assigned to the Atlantic Fleet. The ship proceeded to Yorktown, Va., where she engaged in minesweeping operations through mid-November. On 23 November, Acme arrived at New London, Conn., and began minesweeping and patrol duties in that area. Acme underwent a period of restricted availability at the Boston Navy Yard from 2 to 23 February 1942. The minesweeper departed Boston to return to New London on 3 March. On 8 March, Acme was decommissioned and placed in service at New London and operated in coastal waters of New England and New York through the end of the war in Europe. In June 1945, the ship proceeded to Charleston, B.C., where she arrived on the 28th. She was placed out of service there on 13 December 1945 and laid up in the Wando River. Six days later, she was declared not essential to the defense of the United States and slated for disposal. The ship was struck from the Navy list on 3 January 1946 and transferred to the Maritime Commission on 3 March 1947. She was simultaneously delivered at Charleston to her purchaser, Mr. Lloyd W. Lambert of Baltimore, Md.