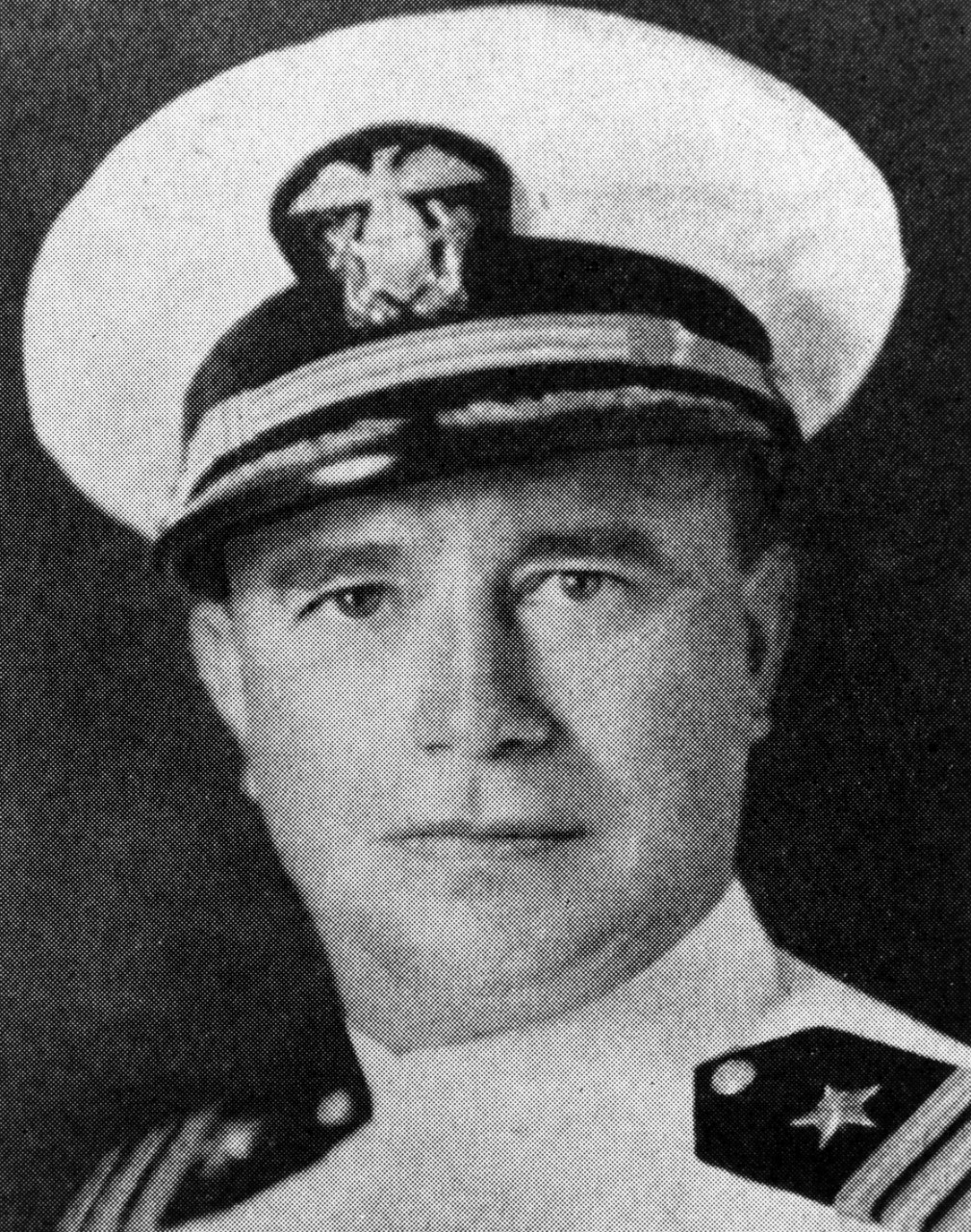 Description: Who was awarded the Medal of Honor for heroism and distinguished conduct in action while serving as Commanding Officer of USS Vestal (AR-4) during the 7 December 1941 Japanese raid on Pearl Harbor. Halftone reproduction, copied from the official publication Medal of Honor, 1861-1948, The Navy, page 285. U.S. Naval History and Heritage Command Photograph.
Related Content

Medal of Honor citation of Commander Cassin Young (as printed in the official publication "Medal of Honor, 1861-1949, The Navy", page 285):

"For distinguished conduct in action, outstanding heroism and utter disregard of his own safety, above and beyond the call of duty, as Commanding Officer of the U.S.S. Vestal, during the attack on the Fleet in Pearl Harbor, Territory of Hawaii, by enemy Japanese forces on 7 December 1941. Commander Young proceeded to the bridge and later took personal command of the 3-inch antiaircraft gun. When blown overboard by the blast of the forward magazine explosion of the U.S.S. Arizona, to which the U.S.S. Vestal was moored, he swam back to his ship. The entire forward part of the U.S.S. Arizona was a blazing inferno with oil afire on the water between the two ships; as a result of several bomb hits, the U.S.S. Vestal was afire in several places, was settling and taking on a list. Despite severe enemy bombing and strafing at the time, and his shocking experience of having been blown overboard, Commander Young, with extreme coolness and calmness, moved his ship to an anchorage distant from the U.S.S. Arizona, and subsequently beached the U.S.S. Vestal upon determining that such action was required to save his ship."