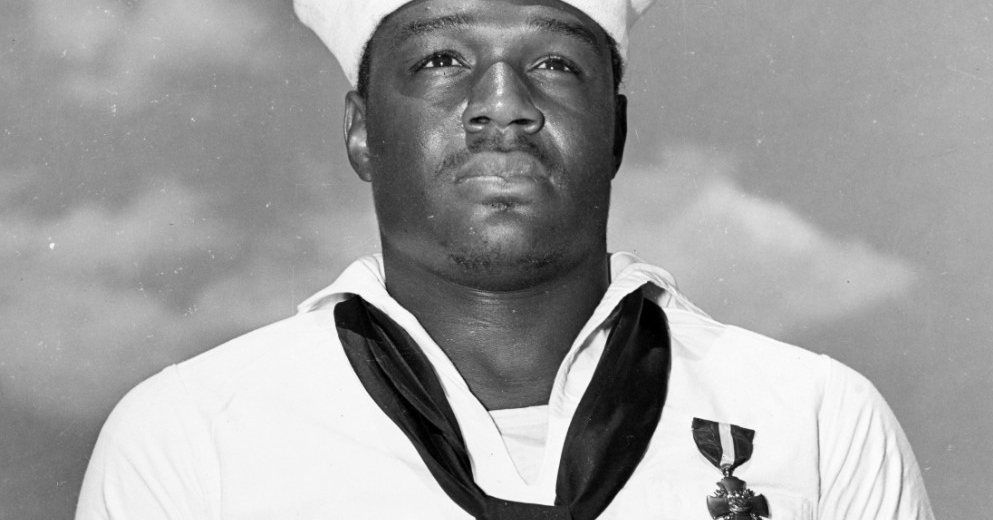 Doris ("Dorie") Miller was born in Waco, Texas, on 12 October 1919. He enlisted in the Navy in September 1939 as a Mess Attendant Third Class. On 7 December 1941, while serving aboard USS West Virginia (BB-48), he distinguished himself by courageous conduct and devotion to duty during the Japanese attack on Pearl Harbor. He was awarded the Navy Cross for his actions on this occasion.

Doris Miller served aboard USS Indianapolis (CA-35) from December 1941 to May 1943. He was then assigned to the escort carrier Liscome Bay (CVE-56). Cook Third Class Miller was lost with that ship when she was torpedoed by a Japanese submarine on 24 November 1943, during the invasion of the Gilbert Islands.