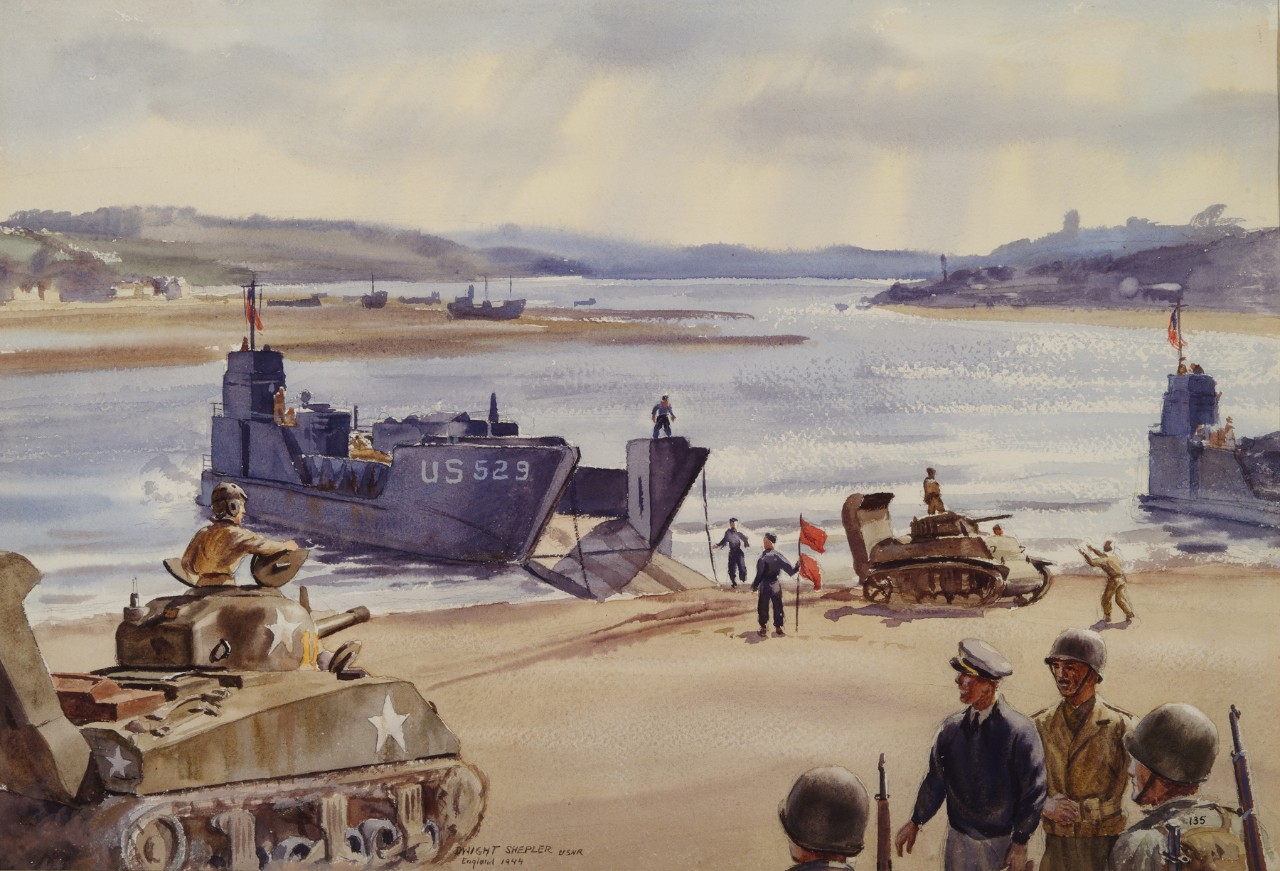 A U.S. Navy beach master directed the loading of light and medium tanks of the U.S. Army Assault Training Center. On an incoming tide, Mark-6 LCTs took aboard the cargo which would assault the beach at Woolacombe a few miles away. Because this beach was flat, the landing craft grounded some distance out. The tanks were waterproofed so that they could wade through the intervening water. Their machinery was sealed in asbestos compound and the big vents elevated air intakes enough so that the tanks could enter water as much as six feet deep and still operate.