Enlist in the WAVES 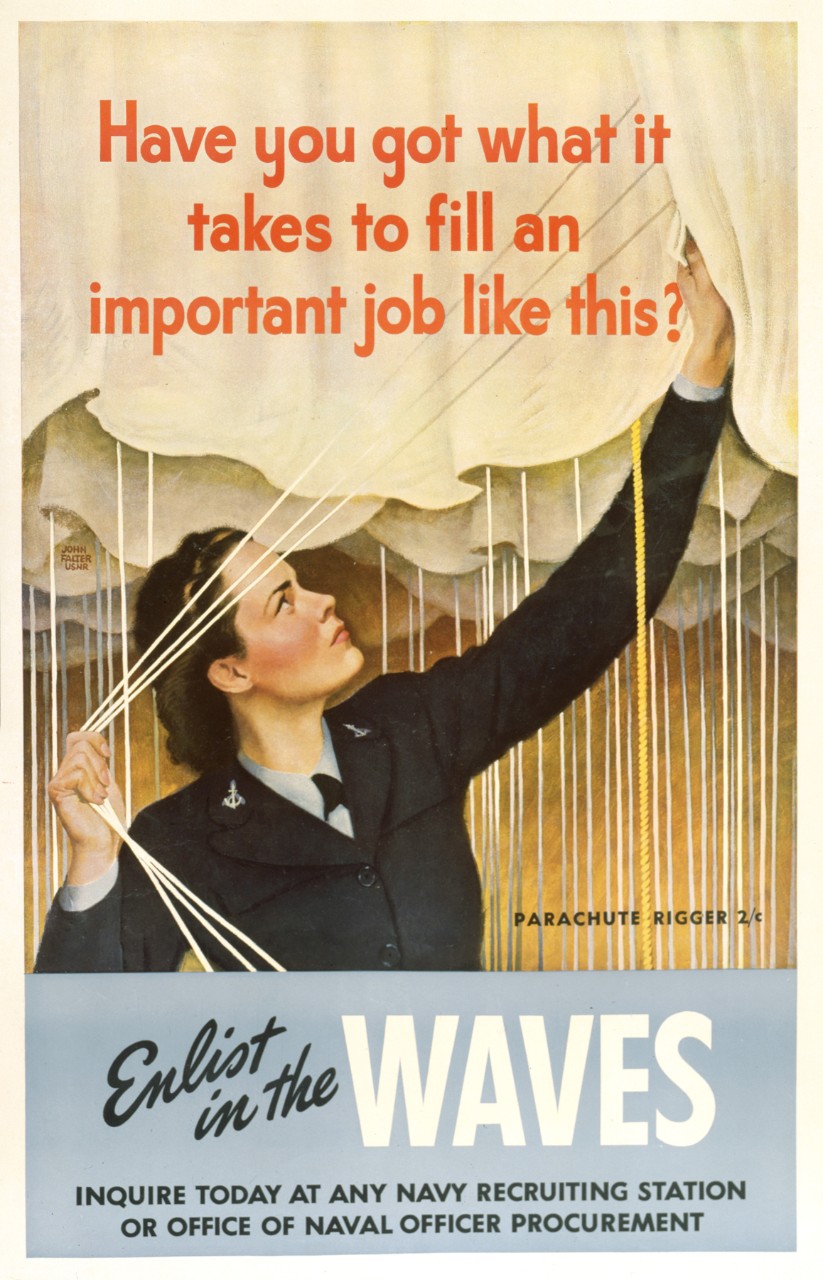 After boot camp, formally known as Indoctrination, WAVES who would become parachute riggers attended Parachute School at Naval Air Station Lakehurst, New Jersey.   Parachute riggers packed, inspected and repaired parachutes. WAVES also manufactured other objects associated with flight, such as tarpaulins, airplane wheel covers and flags. The Navy required male parachute riggers to test parachutes they packed by skydiving with them, but did not initially allow women to do the same.  Kathleen Robertson, however, influenced Navy policy after she successfully and happily skydived. Thereafter, a WAVES parachute rigger could skydive but was not required to do so.