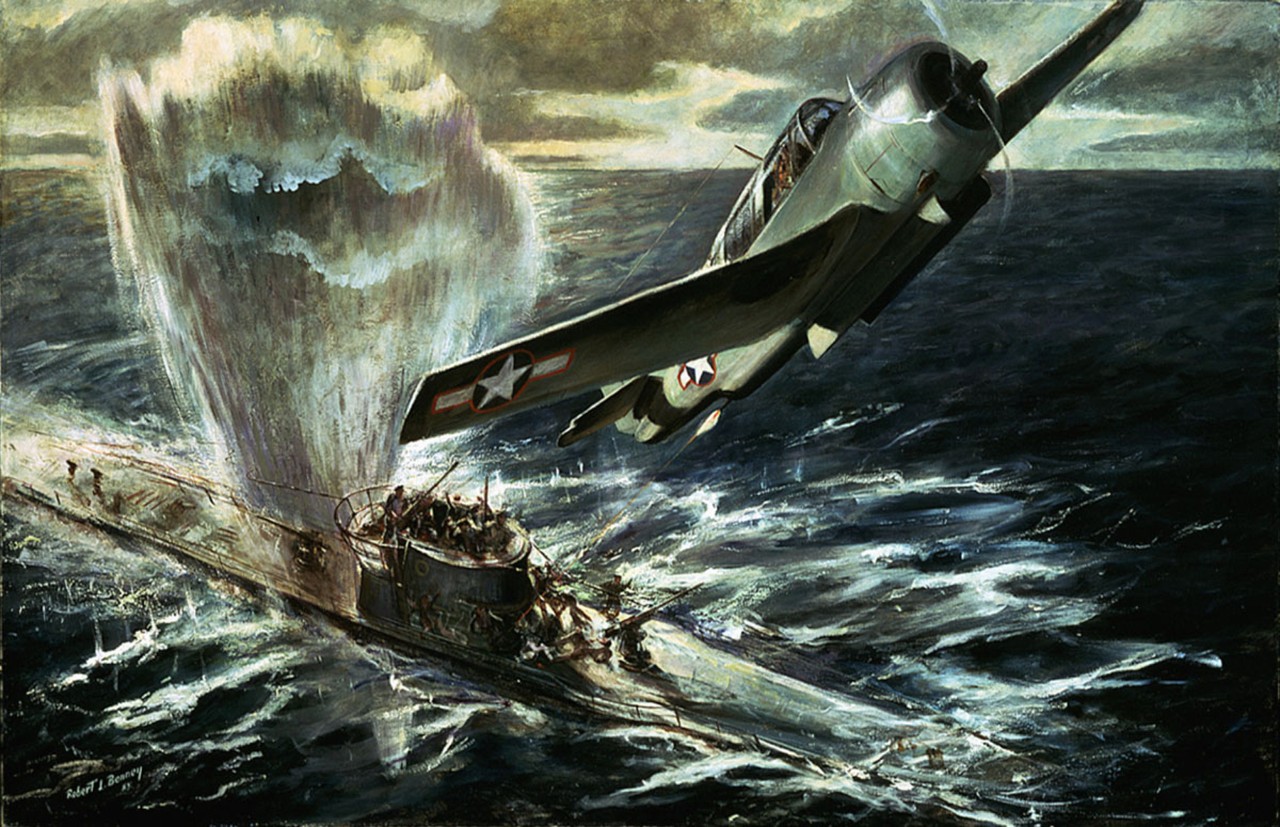 In this dramatic presentation of a sea-sky battle, a Grumman Avenger torpedo bomber, bomb bay doors open, leaves death in its wake as it zooms away from a conclusive attack on a surfaced enemy submarine. All the vivid action in this scene has been repeated many times in actual combat by U.S. Naval airmen. Naval planes from escort aircraft carriers wreaked havoc on submarine wolf packs attacking Atlantic convoys, and they virtually blasted them from the ocean for many months. Bombers were fitted with depth charges, one of which is pictured exploding off the U-boat's beam here. In the attack, the plane's rear "stinger" gun spits death at gun crews attempting to ward off these lethal hawks from the sky.