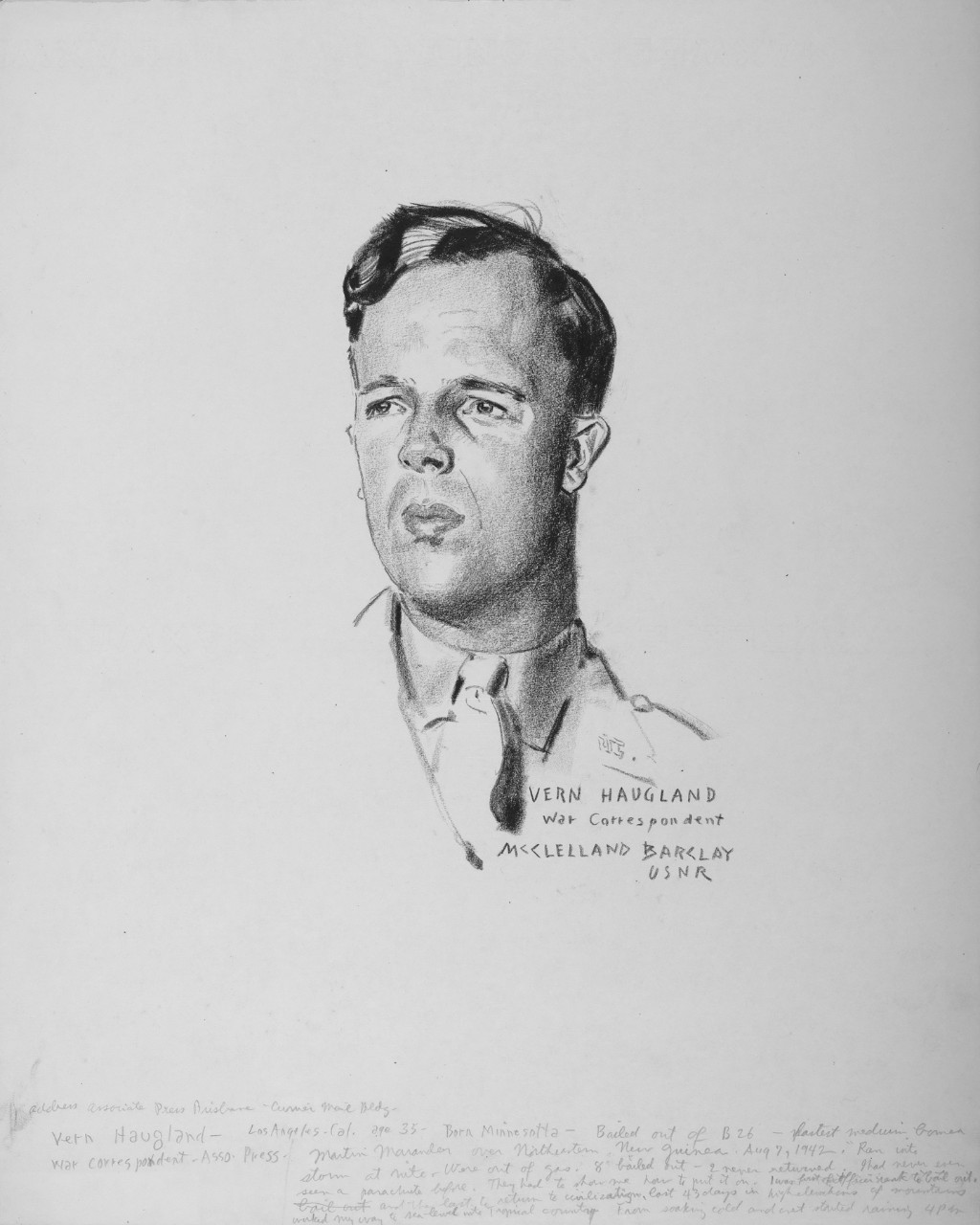 "Ran into storm at nite [sic]. Were out of gas. 8 bailed out - 2 never returned. I had never even seen a parachute before. They had to show me how to put it on. I was first officer rank to bail out and the last to return to civilization, lost 43 days in high elevations of mountains, worked my way to sea level into Tropical country. From soaking cold and wet - started raining 4 pm every day - to steaming hot in lower lands. Weighed 165 at the start, when they found me weighed 80 lbs. Found a native village who[se] natives took me to another native village where white missionary, Church of England, cared for me. Native gave me yams, bannanas [sic] and a little bit of wild pig, and one very green orange to eat."