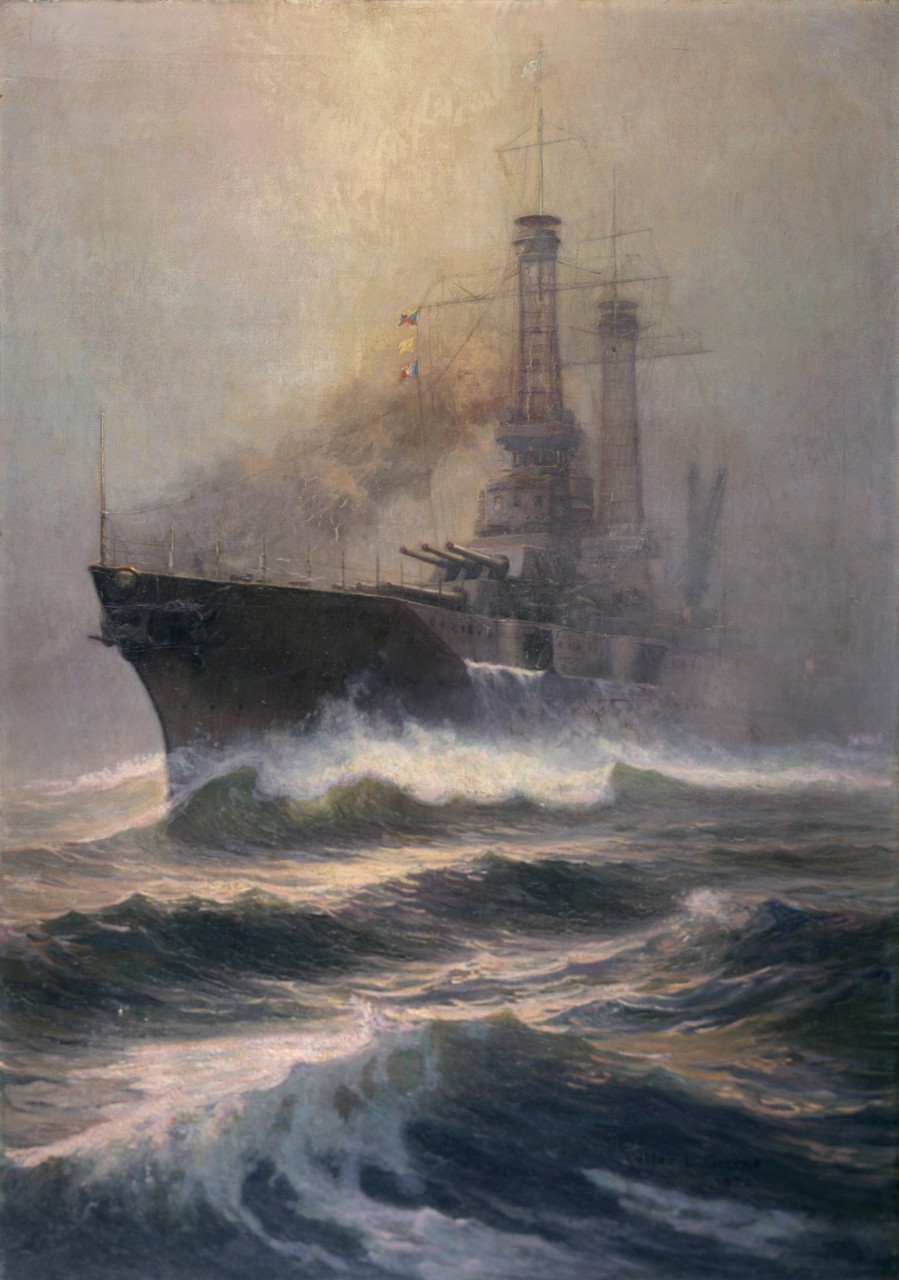 Completed at the New York Naval Shipyard at the end of World War I, USS New Mexico (BB-40) escorted President Wilson in USS George Washington to France to sign the Treaty of Versailles.  New Mexico was the first U.S. Navy ship with turbo-electric transmission, an innovation which increased engine performance while reducing its overall size requirements and weight.  It proved so successful that the Navy immediately decided that all future ships would use this type of engine.