Share
Connect
World War I
»
The United States Navy in World War I
»
Soldiers Marching In Alsace: It Was Not a Dream!
« Previous Next »

Soldiers Marching In Alsace: It Was Not a Dream! 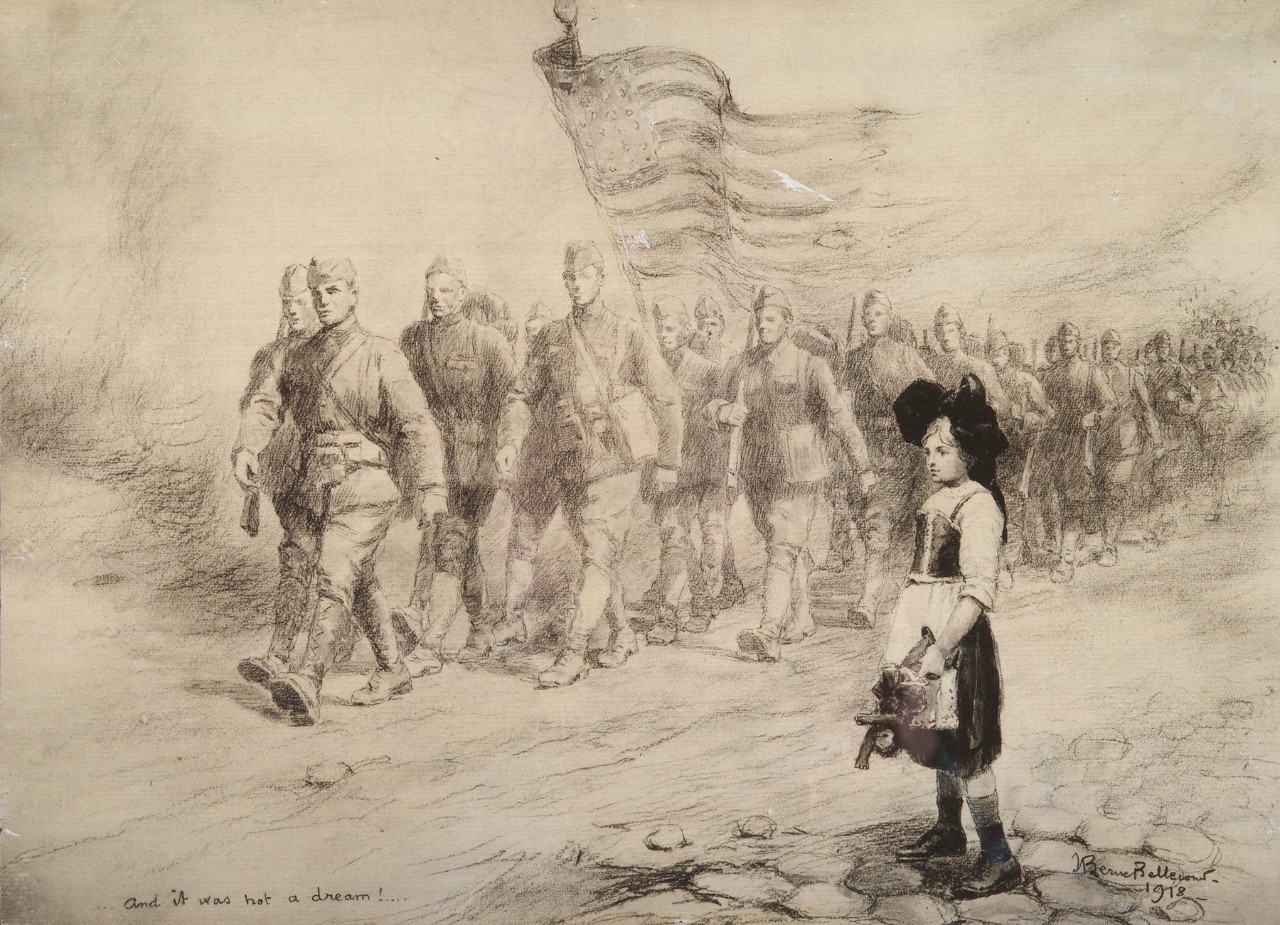 France had lost the territories of Alsace and Lorraine to Germany as a result of the Franco-Prussian War in 1871 and their recovery was a major goal in World War I.  Soon after the two countries declared war on each other on August 3, 1914 the area became the scene of horrific trench warfare, with massive casualties and little gain.  The arrival of the American Expeditionary Force in the region in the spring of 1918 brought new hope to the French.