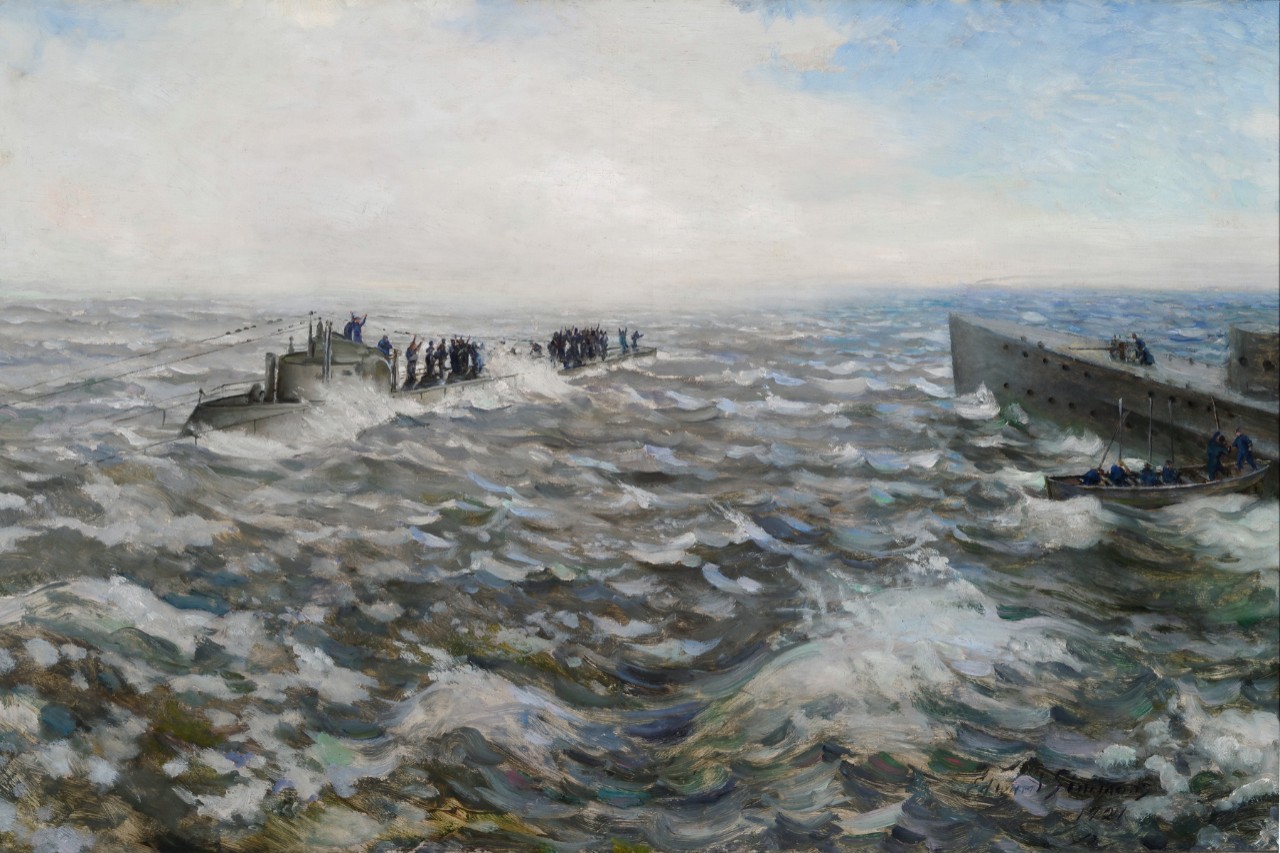 Until World War I, use of submarines in world navies was limited.  Germany made substantive improvements to its submarines, called “U-boats,” and began a campaign of unrestricted warfare against all merchant shipping.  This policy was one of the events that drew the United States into the war in 1917.  On 17 November 1917 USS Fanning (DD-37) was the first U.S. Navy ship to sink a German U-boat.  It accomplished this feat by firing a pattern of depth charges, a tactic which became standard in anti-submarine warfare.