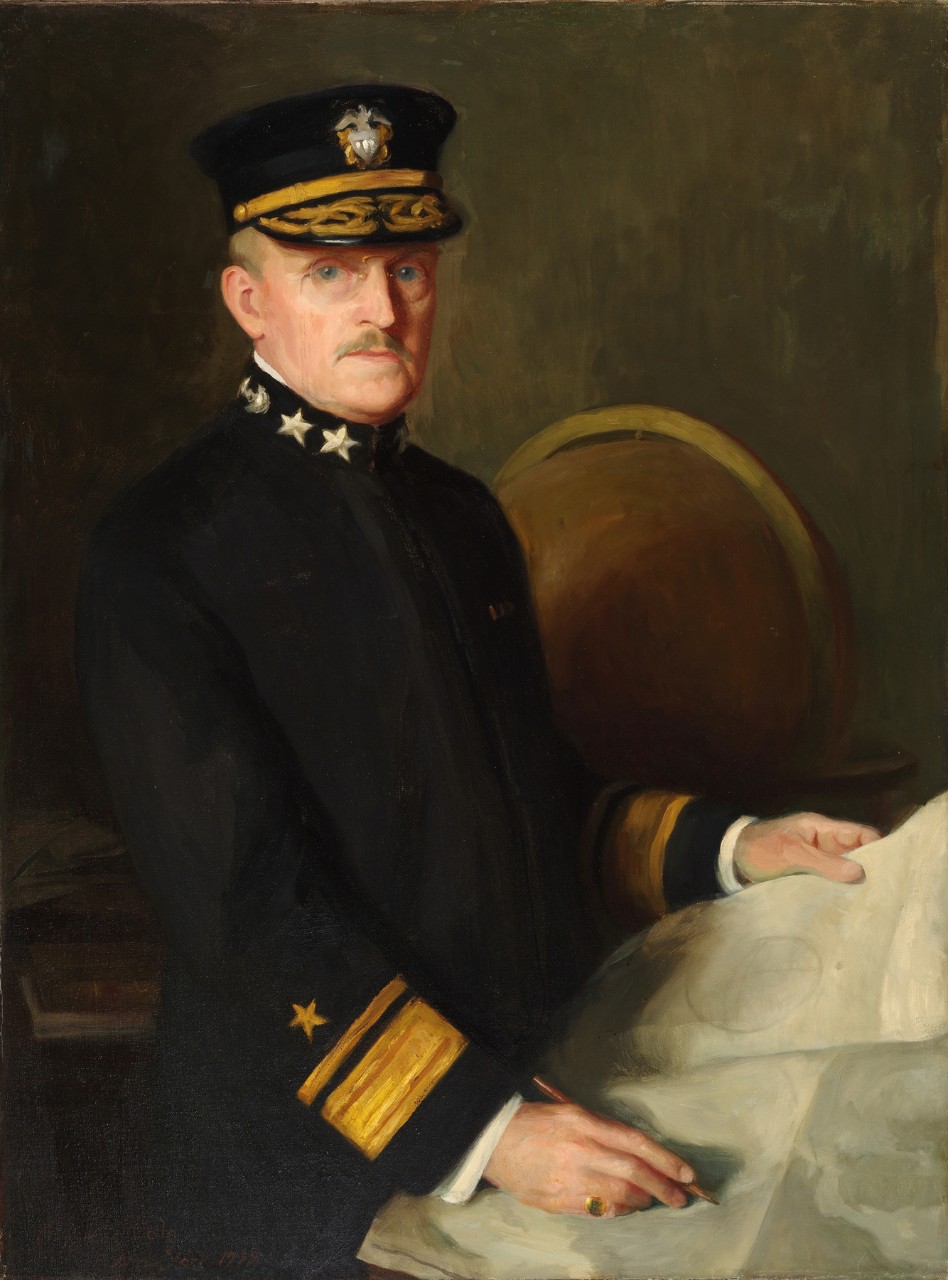 Admiral Gleaves graduated from the United States Naval Academy in 1877, served in the Spanish-American War, and eventually rose to the rank of Rear Admiral in 1915.  In 1917 he assumed command of the Cruiser and Transport Force of the Atlantic Fleet, tasked with conveying United States troops and supplies to the war in Europe.  His success was extraordinary in that no soldiers were lost in trans-Atlantic voyages in spite of constant danger from U-boat attacks.  In this portrait the point of his pencil is on the French coast in the vicinity of La Rochelle, the arrival point for many of the troops of the American Expeditionary Force.  Following the war, he wrote of the published the history of the Force’s success in his book “A History of the Transport Service.”