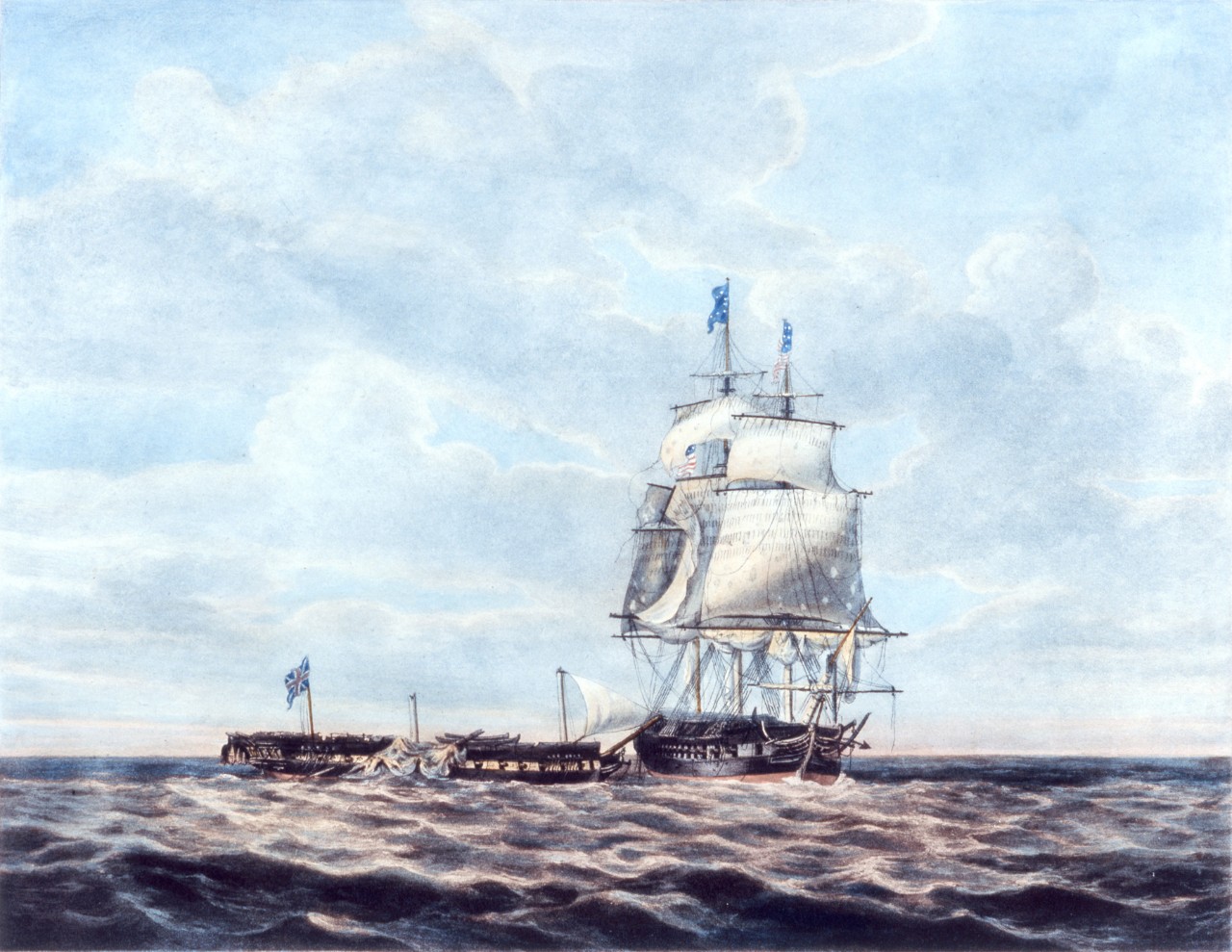 USS Constitution, under the command of Captain William Bainbridge, was headed for the Indian Ocean in order to disrupt British trade to India when it encountered HMS Java on December 29, 1812, just off the coast of Brazil. A hot action ensued and one by one, Constitution shot away the masts of Java, also killing over a hundred of her crew and mortally wounding her captain. The British ship surrendered and Bainbridge ordered it burned. Following the action, Bainbridge received much praise for his gallantry and humane treatment of his prisoners.