Perry at the Battle of Lake Erie 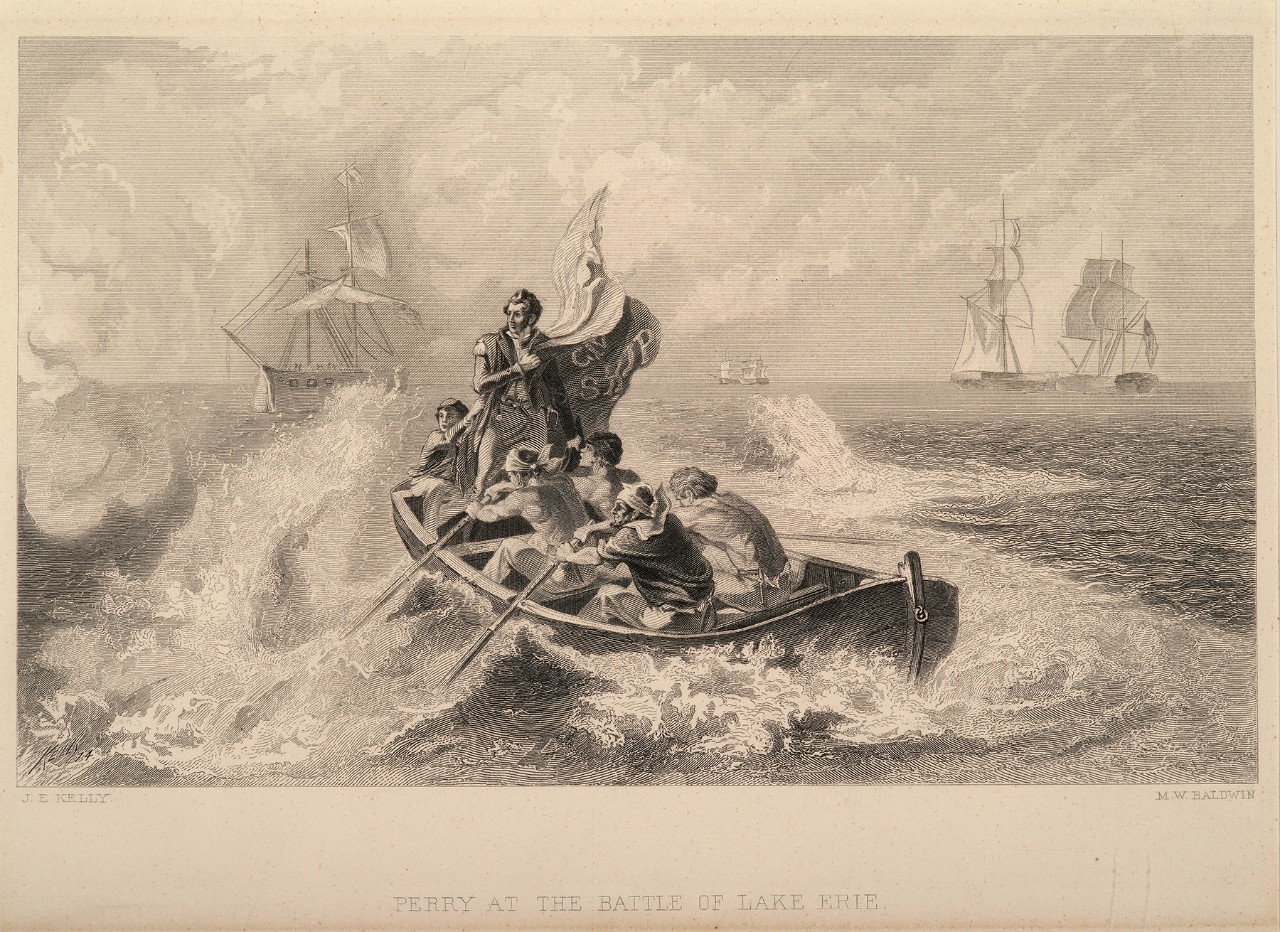 This print depicts the peril Captain Oliver Hazard Perry faced in transferring his flag from USS Lawrence to USS Niagara. The legend printed on the flag "Don't Give Up the Ship, were the orders of the ship's namesake, Captain James Lawrence, as he was carried from the deck of his own ship, USS Chesapeake, during its fateful encounter with HMS Shannon three months earlier. Perry had the words stitched onto the pennant he flew from the bow of Lawrence.