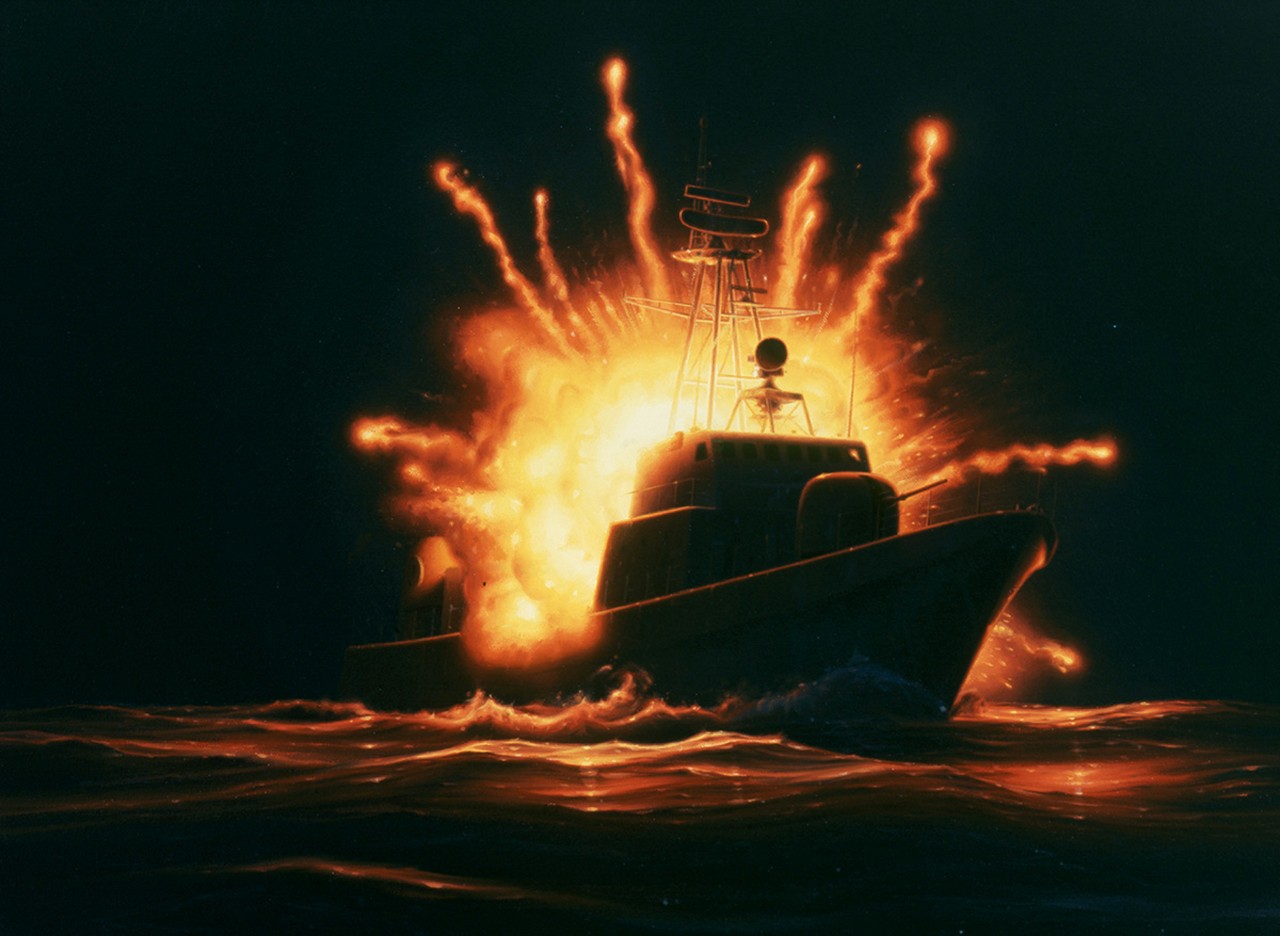 Libyan dictator Muammar Qaddafi had been supporting anti-western terrorism for several years when he declared a “line of death” in the Gulf of Sidra, north of the Libyan coast.  Determined to offer a response, President Reagan ordered a battle force into the area in March 1986.  Libya fired surface to air missiles at American aircraft and three fast missile attack craft towards the fleet.  U.S. Navy aircraft disabled the shore battery, sank two of the patrol craft, and damaged the third.