Sinking Of the Reuben James 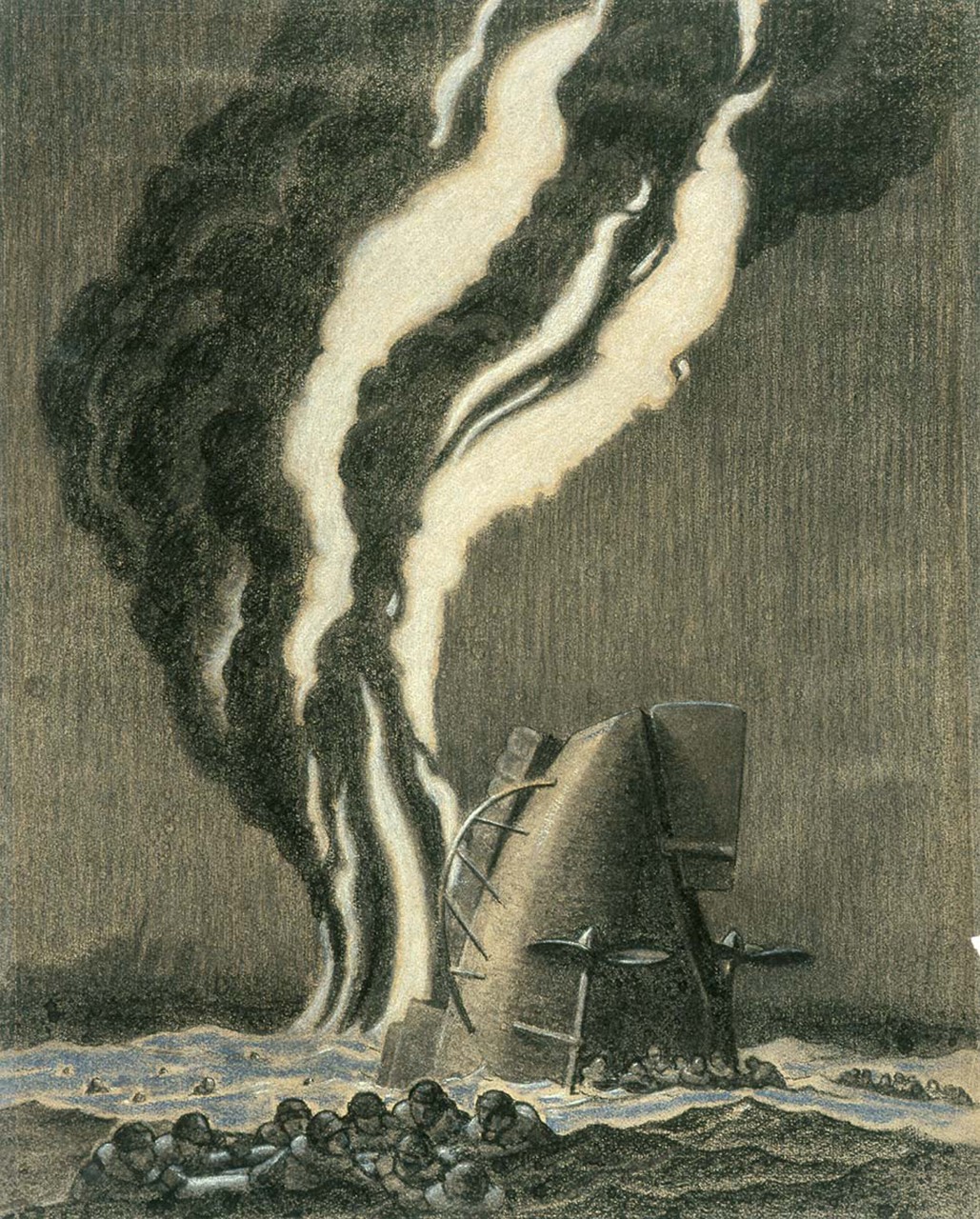 With the fall of France in June 1940, Germany gained ports on the coast of France that enabled it to expand its U-boat warfare on Great Britain.  With British protection of northern merchant routes failing, the United States took on the responsibility of escorting transatlantic convoys.  The first U.S. escorted convoy sailed on September 16, 1941.  The first attack on a U.S. ship by Germany came on the night of October 17, when a U-Boat wolf pack fired on USS Kearny (DD-432), which sustained damage and casualties.  On October 31, USS Reuben James (DD-245) was the first U.S. ship sunk by a U-boat as it served as an escort.