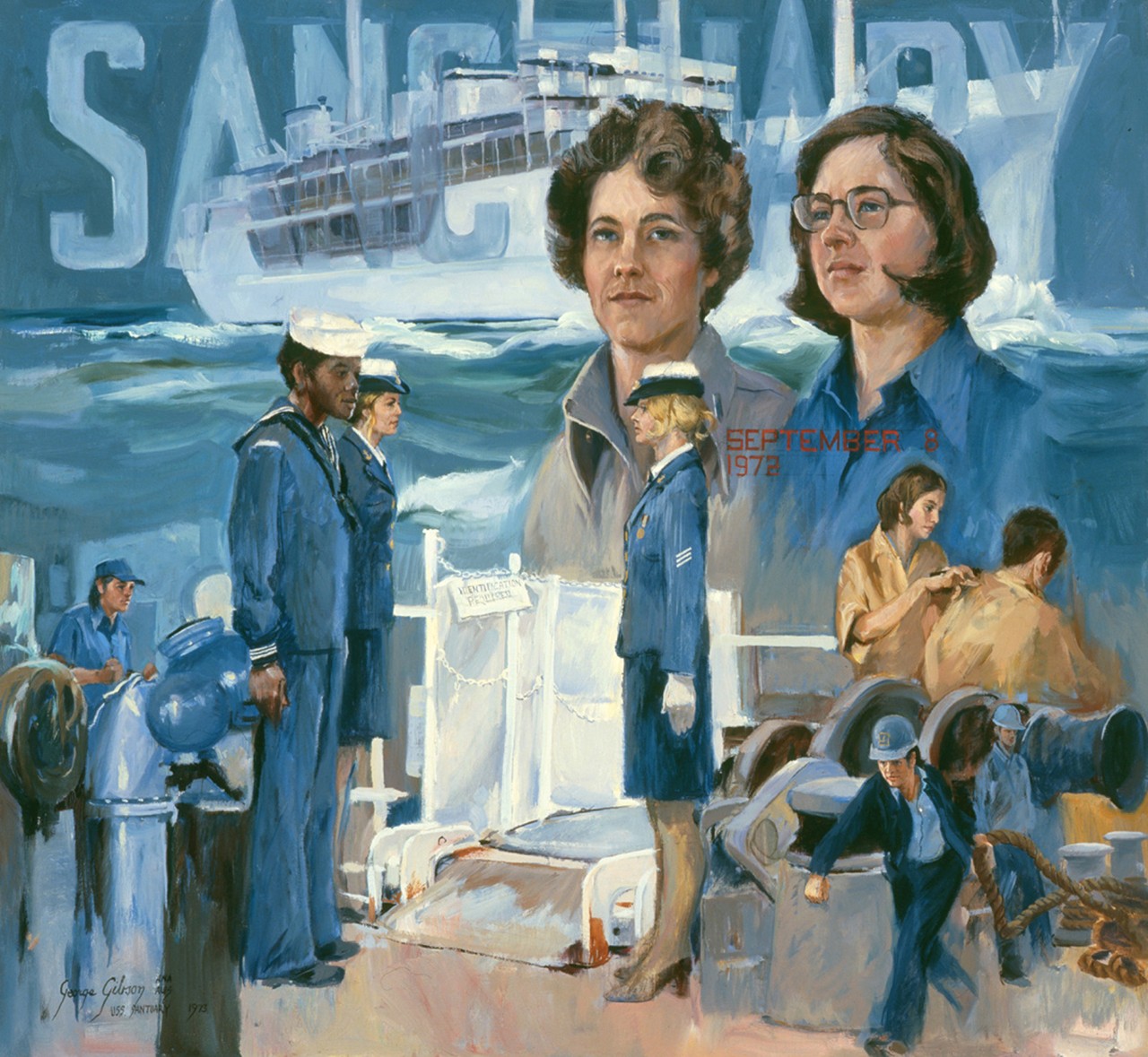 In 1970, Admiral Zumwalt issued what he believed was his most important directive, “Equal Opportunity In the Navy.”  It required every ship and squadron to appoint a minority member as a special assistant for minority affairs.  He also insisted that the Navy fight housing discrimination in neighborhoods around naval facilities.  Starting in 1972, women were allowed to serve on non-combatant ships in other than medical duties, USS Sanctuary (T-AH-17) being the first to have a mixed male-female crew.