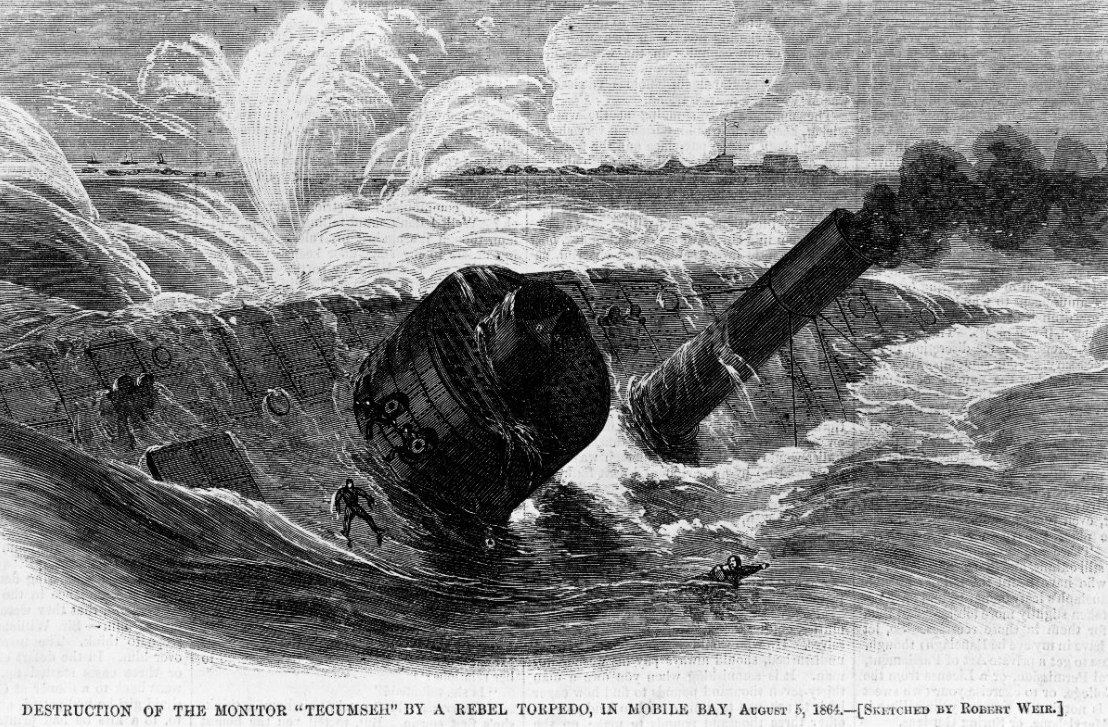 USS Tecumseh, an iron-hulled, single-turret monitor, was launched 12 September 1863, at Jersey City, New Jersey. Although slated to strengthen Rear Admiral David G. Farragut's West Gulf Blockading Squadron for operations against Confederate fortifications guarding Mobile Bay, Tecumseh served temporarily with the James River service of the North Atlantic Blockading Squadron. To guard Union shipping against Confederate forces, the Union Army and Navy worked closely together by blocking the channel to prevent Confederate warships from coming down the upper navigable reaches of the James. Tecumseh was instrumental during these operations, sinking four hulks and a schooner. Although Tecumseh was involved in a number of notable operations along the James River, its most famous battle would be its last--the Battle of Mobile Bay.

Tecumseh arrived off Mobile Bay on the evening of 4 August 1864. Shortly after 6 a.m. on 5 August, the 18-ship Union squadron crossed the bar at flood tide and moved into the bay with Tecumseh leading the van of monitors, which included USS Manhattan, USSWinnebago, and USS Chickasaw. The ironclads passed between the fortified headlands to starboard of the lightly-protected wooden steam frigates, taking the brunt of Confederate Fort Morgan's heavy guns. Just after 7 a.m., Tecumseh opened fire on the fort's batteries. Meanwhile, Confederate Admiral Franklin Buchanan's squadron, centered around the heavy ironclad ram CSS Tennessee, sortied to meet the attackers. When Tecumseh veered left to engage the Confederate ram, the Union monitor hit an underwater mine or torpedo. After a tremendous explosion, Tecumseh heeled over and sank rapidly with its captain and 92 crewmen. AsTecumseh rolled over, two shells fired from nearby Fort Morgan struck the sinking monitor. 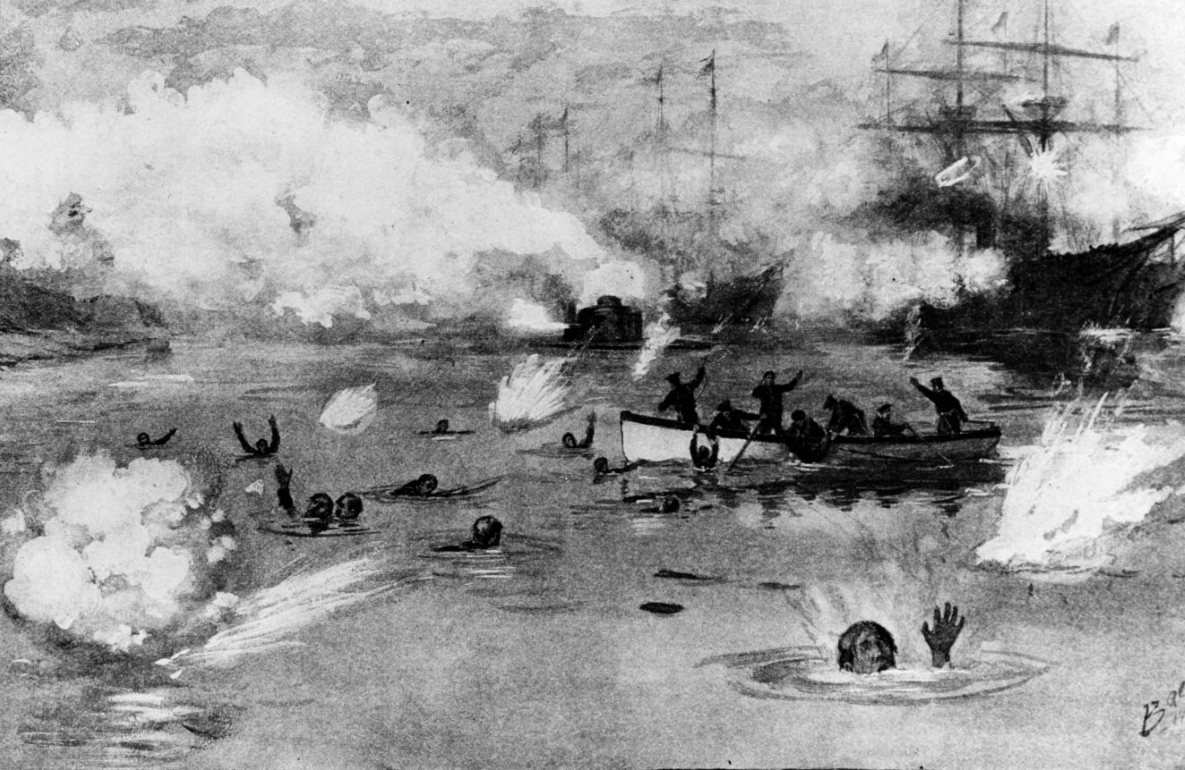 Caption: Rescuing the Crew of the Monitor Tecumseh. Artwork by Bacon, published in Deeds of Valor, Volume II, page 65, by the Perrien-Keydel Company, Detroit, 1907. NH 79925.

In February of 1967, the Smithsonian Institution's Tecumseh Project Team found the wreck capsized and buried in Mobile Bay, just off Fort Morgan. However, due to insufficient funding, the project was suspended. In 1974, the Smithsonian returned custody of the wreck to the General Services Administration. In a 1993 survey, archaeologists from East Carolina University reported the hull to be covered by a calcareous crust with only nominal surface deterioration present. A management plan has been written for Tecumseh's continued protection and preservation. It is planned to implement this program in 1996.