An autographed letter signed, dated 5 February 1862. To Commander Walke of Carondelet. Giving Walke his ship's code pendant as "No. Two (2)." 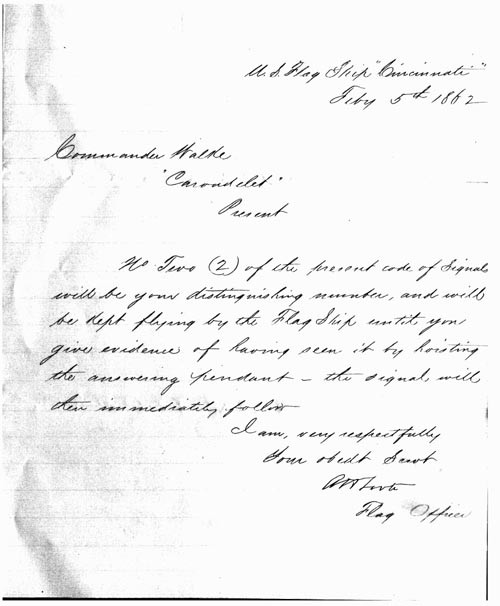 No Two (2) of the present code of Signals will be your distinguishing number, and will be kept flying by the Flag Ship until you give evidence of having seen it by hoisting the answering pendant -- the signal will then immediately follow