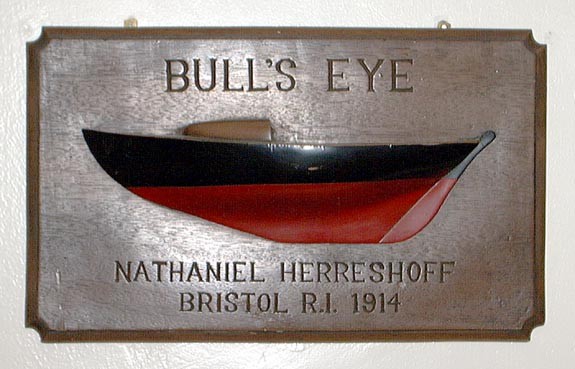 Known variously as a "Bull's Eye," "Buzzard's Bay 12.5 footer," "Buzzards Bay Boy Boat," or a "Doughfish," Nathaniel Green Herreshoff designed and built the first twenty of these small and popular "one-design" sport sailers between 30 October and 14 November 1914 (hulls 744-762.) Capable of seating several people, they measured only 12.5 feet at the waterline and originally sold for $420 each. Many more were built over the years and production of the boat ceased in about 1939. The Herreshoff Manufacturing Company of Bristol, RI, designed and built boats, sail and engine-powered yachts, America's Cup racers, and military vessels from 1878 to 1945.

Models #2 and 9 are stylistically similar.