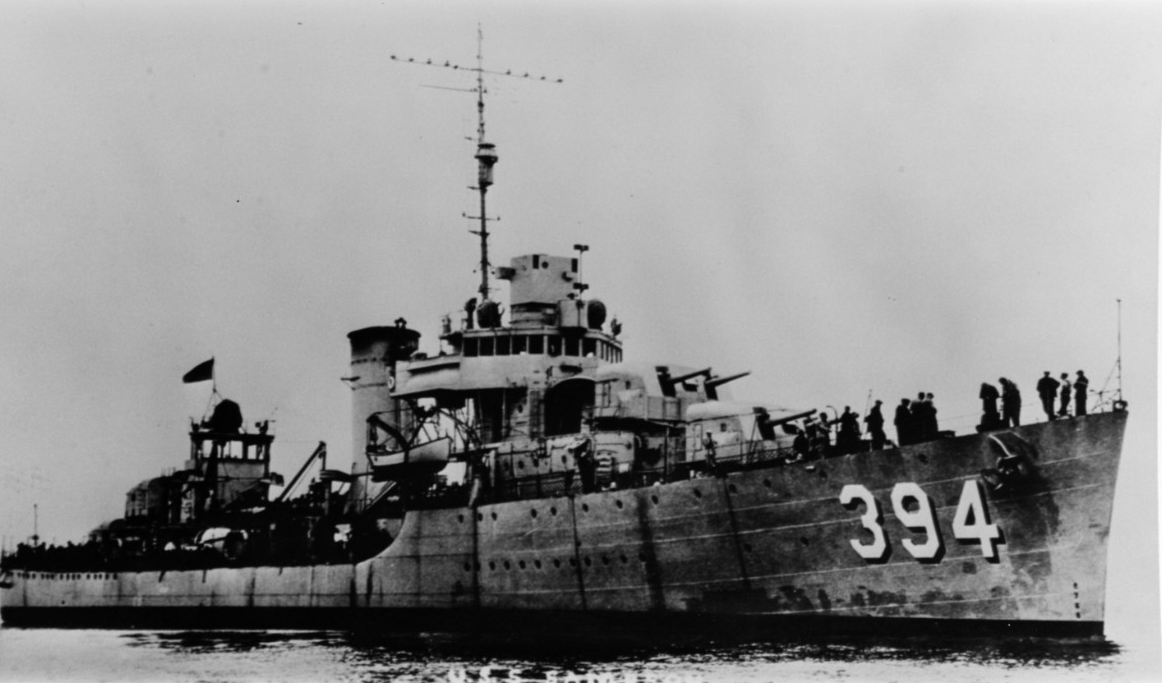 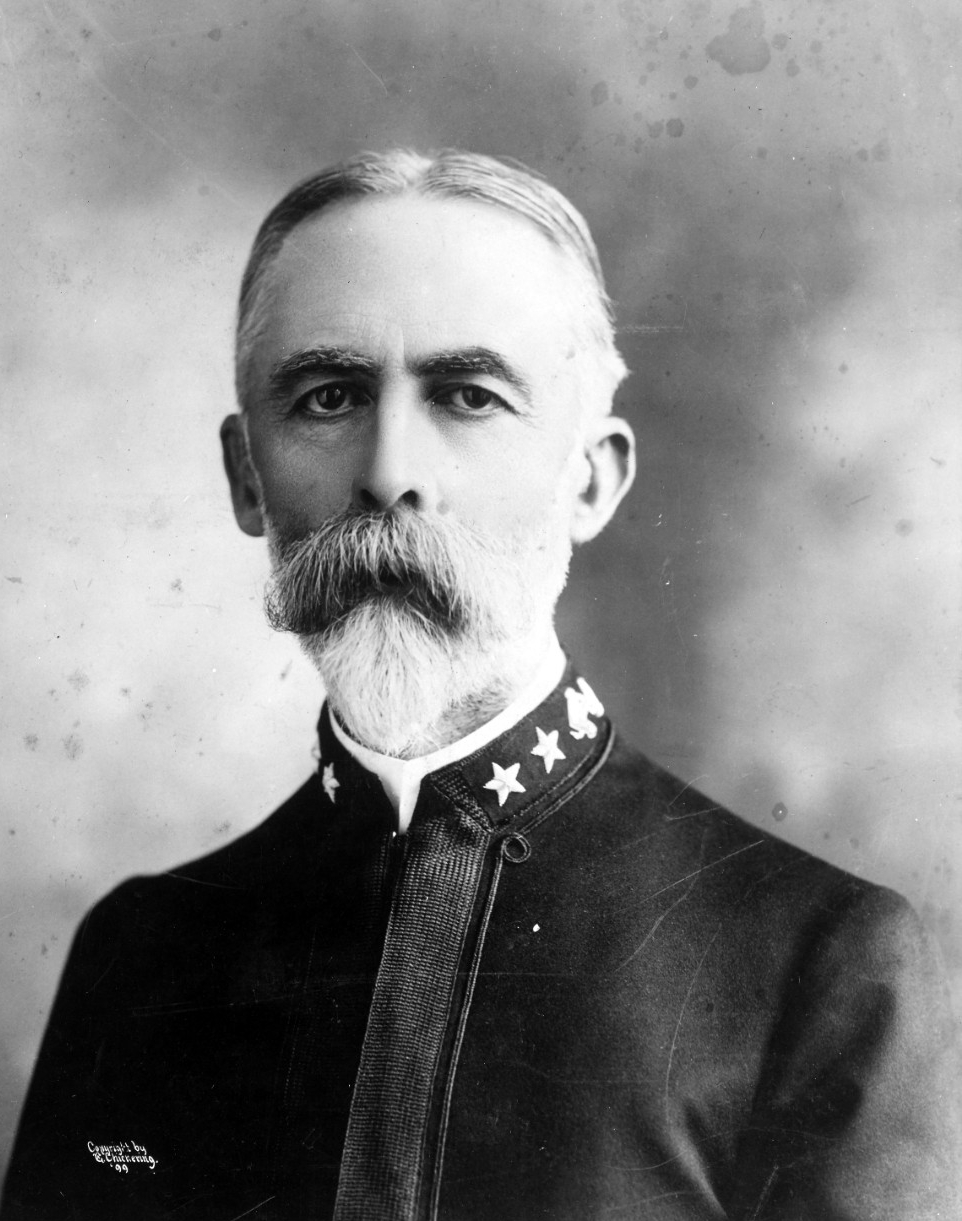 Following shakedown in European waters in October and November, Sampson returned to Boston where she was assigned to the Battle Force of the United States Fleet.

Sampson sailed from Boston on 8 March 1939 to take part in combined fleet maneuvers in waters off Cuba and Puerto Rico. She returned from this duty to Yorktown, Va., on 12 April and stood out from Hampton Roads on 20 April and headed for the United States west coast. She arrived at San Diego on 12 May 1939 and spent the next year in fleet tactics along the western seaboard from that base, taking part in the combined battle practice and maneuvers of the Battle Force off the Hawaiian Islands from 1 April to 20 June 1940. She cleared San Diego on 5 July to base her operations from Norfolk where she arrived on the 20th. She then cruised through the Caribbean Sea, from 14 November to 15 December, transporting a government mission which was compiling an economic survey of the British West Indies.

Sampson then continued operations out of Norfolk, engaged in Neutrality Patrol along the eastern seaboard to various ports of the Caribbean Sea, and steamed as far north as Placentia Bay, Newfoundland. On 3 September 1941, she got underway from Boston Harbor to escort convoys and to search for enemy submarines in shipping lanes running from Newfoundland to Iceland. She arrived at Hvalfjordur Fjord, Iceland, on 16 September and cleared that port on 23 October in the escort screen of a merchant convoy which reached Boston on 4 November.

With the Japanese attack on Pearl Harbor and the United States declaration of war, Sampson patrolled, with Warrington (DD-383), off Newport from 23 December 1941 to 12 January 1942 when the two destroyers set course for the Canal Zone. Sampson arrived at Balboa on 17 January to join the Southeast Pacific Forces based there. She took part in the search, from 25 to 29 January, to locate submarine S-26 (SS-131) which had been sunk in 290 feet of water the night of 24 January by a surface collision with PC-460, 12 miles west of San Jose Island in Panama Bay.

On 1 February, she sailed from Balboa in the escort for twelve troopships. On 12 February, she broke off from the convoy to inspect Marquesa Island. She arrived at Bora Bora, Society Islands, on 18 February and patrolled a station off Teavanui Harbor until 9 March when she set course, in company with cruiser Trenton, for Panama, and reached Balboa on 23 March. Sampson spent the next year in a series of coastal patrol sweeps from Balboa to waters off South America, making calls at such ports as Guayaquil, Ecuador; Valparaiso, Chile; and Callao, Peru. She varied this service with infrequent escort voyages from Balboa to the Society and Galapagos Islands. 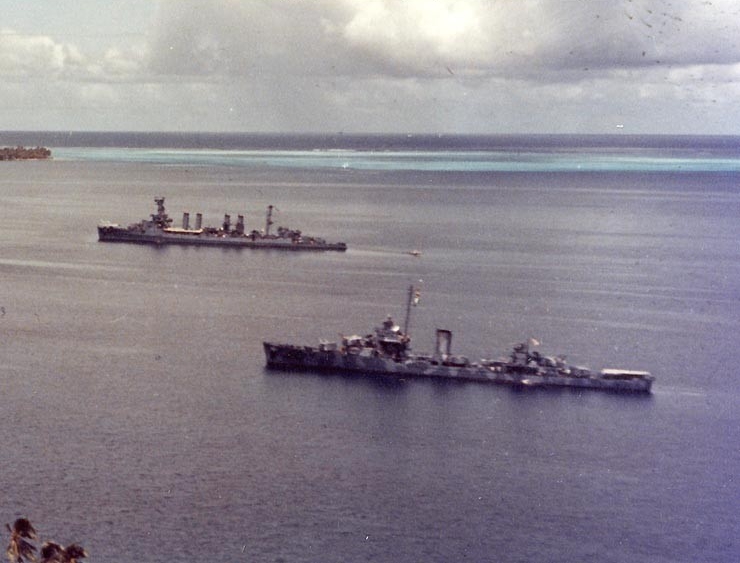 A destroyer and a light cruiser in Teavanui Harbor, February 1942. The cruiser (with four smokestacks) is Trenton (CL-11), and the destroyer is Sampson (DD-394). National Archives photograph, 80-G-K-117.

Sampson returned from her last cruise along the South American coast to Balboa, on 7 May 1943, and cleared port on 23 May as one of the escorts for a troopship convoy which reached Great Roads, Noumea, New Caledonia, on 13 June. The next day, she sailed for Bora Bora, Society Islands, and returned to Noumea with a convoy of troopships on 8 July. Two days later, she set course for a point of rendezvous off Pago Pago, American Samoa; met destroyer Warrington; thence proceeded to Pearl Harbor where she arrived on the 20th.

On 27 July, the two destroyers cleared Pearl Harbor escorting four Army troopships bound for Australia and reached Sydney on 8 August. She got underway the next day and arrived at Noumea, New Caledonia, on 12 August 1943. During the following months, Sampson alternately based her operations at Noumea and Espiritu Santo, New Hebrides Islands, and made frequent escort voyages to Guadalcanal, or Purvis Bay, Florida, Solomon Islands. On the night of 2 and 3 October, while escorting a convoy from Noumea to Espiritu Santo, she fired at an enemy submarine and, after that vessel submerged, dropped depth charges that produced a heavy oil slick.

On 15 March 1944, Sampson cleared Espiritu Santo as one of four destroyers screening the escort carriers, Natoma Bay (CVE-62) and Manila Bay (CVE-61). Later that day, four battleships and more destroyers joined the formation. This force struck Kavieng, New Ireland, and nearby airfields in an air-sea bombardment on 20 March while the 4th Marine Regiment made an unopposed landing to occupy Emirau Island, a base from which the north coast of New Ireland could be kept under surveillance. After guarding the escort carriers while they launched strikes against Kavieng and providing air cover for reinforcement convoys to Emirau, Sampson joined a convoy at Port Purvis, Florida Island, and escorted it to Espiritu Santo. On 11 April, she received the armed guard crew from the merchant ship, Titan, stranded on Cook Reef and transferred them to Celtic in Havannah Harbor, Efate, New Hebrides.

Sampson cleared Havannah Harbor on 17 April and, after escorting Ataseosa to Kukum Beach, arrived off Tenaru Beach of Guadalcanal on the 20th, joining troopships which reached Borgen Bay, New Britain Island, on 25 April. After guarding one more convoy shuttling troops between Guadalcanal and Borgen Bay, she touched at Purvis Bay; then steamed to Milne Bay, New Guinea, where she arrived on 11 May.

There she joined the 7th Fleet; and, while at Cape Sudest, New Guinea, on 20 May, became the flagship of Rear Admiral W. M. Fechteler, Commander, Task Force 77. She shifted to Humboldt Bay, Hollandia, New Guinea, on 22 May. Three days later, Major General Horace H. Fuller, the commander of the 41st United States Army Division, came on board Sampson with his staff. Rear Admiral Fechteler commanded the naval elements and the amphibious aspects of the landing to be made at Bosnik on Biak Island, Schouten Islands, while Major General Fuller directed the ground forces. The task force sailed that evening and Sampson arrived off Bosnik with her attack force before daybreak of 27 May.

Following naval bombardment, the first wave of troops landed. Three cruisers sent 6-inch shells onto an enemy airstrip to the west of the beachhead while the destroyers took on targets near the landing area.

In the late afternoon of 27 May, four twin-engined enemy planes came in and were taken under fire by antiaircraft guns, both afloat and ashore. Two burst into flames and crashed, and one flew off smoking badly. The pilot of a fourth enemy plane, which also trailed smoke, was attempting to crash into Sampson when antiaircraft fire knocked off a part of its wing. This raider passed over Sampson's bridge but hit the water with its wing tip and catapulted into SC-699. The submarine chaser was engulfed in flames, but soon had the fires under control. At 1707, Sampson departed Bosnik with eight LST's and several other ships and arrived in Humboldt Bay the next day.

Sampson got underway from Cape Sudest on 5 June, and touched the Samoan and Society Islands, en route to Cristobal, Canal Zone, where she reported for duty to the United States Atlantic Fleet on 25 June. Three days later, she sailed as the escort for troopship, General Tasker H. Bliss, and arrived at the New York Navy Yard on 4 July. She became flagship of Capt. H. T. Read, Commander, Task Force 63, on 19 July, and shifted to Hampton Roads, Va., on 21 July in preparation for transatlantic, convoy-escort duty. Three days later, she sailed as flagship of the escort for Convoy UGS-49 which reached Bizerte, Tunisia, on 13 August. She returned to New York, guarding a westward convoy, on 8 September 1944, and made four subsequent round trips to the Mediterranean, finally arriving at Boston on 19 May 1945.

Sampson remained in the Boston Navy Yard until 1 July when she sailed for the Chesapeake. She arrived at Annapolis, Md., on 3 July to embark midshipmen for a training cruise, and put to sea on the 7th with a task group for battle practice off Cuba, Puerto Rico, and the Virginia Capes until 30 July when she arrived at Hampton Roads. She again sailed from Norfolk on 19 August for training operations out of Guantanamo Bay and returned from this cruise to the Philadelphia Naval Shipyard on 16 September for inactivation overhaul. She was decommissioned on 1 November 1945, her name was struck from the Navy list on 28 November, and she was sold for scrap on 29 March 1946.