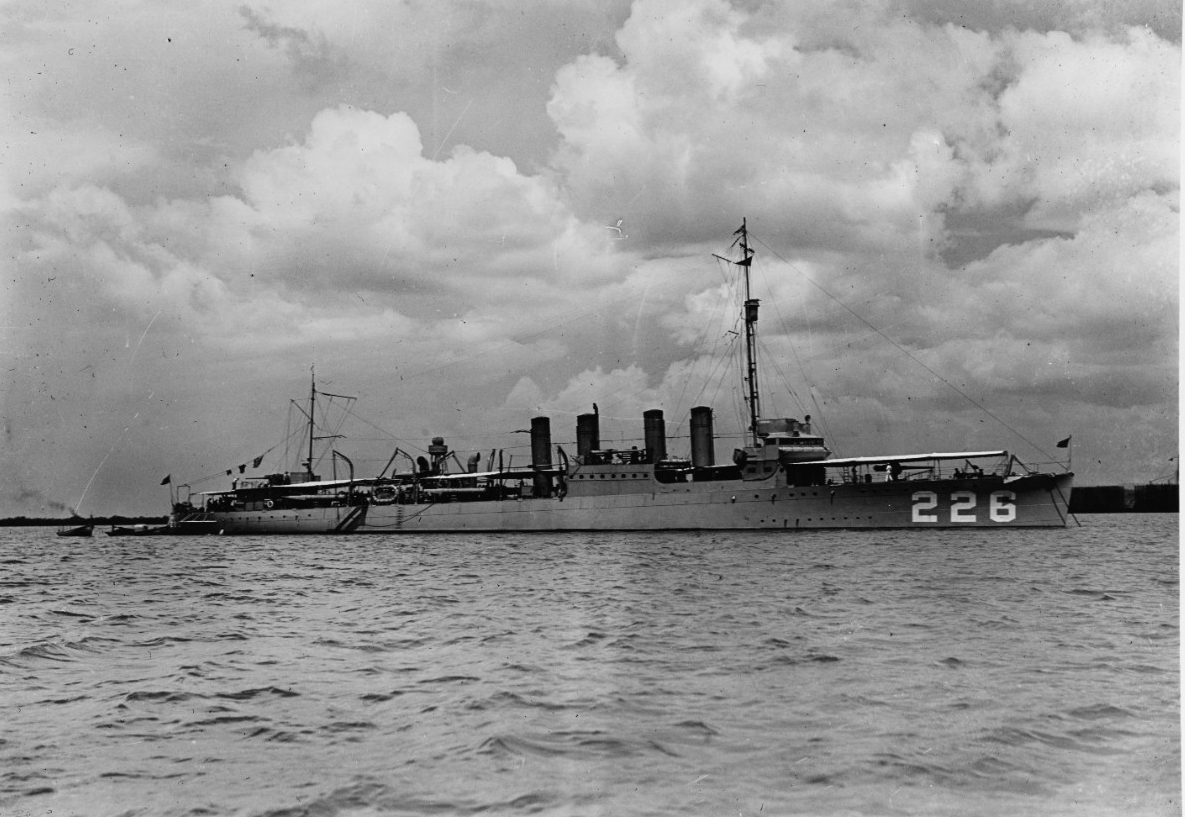 In addition to his Arctic explorations, he was in charge of the Nicaragua Canal survey 1887-1888. He invented a type of tolling lock gates for the canal. His first Arctic expedition was in 1886 and on his eighth expedition he became the first man to reach the North Pole over the ice, arriving 6 April 1909, following a final dash covering 130 miles in five days. He was promoted to Rear Admiral and given the thanks of Congress by a special act of 30 March 1911. Rear Admiral Peary received honors from numerous scientific societies of Europe and America for his Arctic explorations and discoveries and wrote several books on his experience in the polar regions. He died in Washington, D.C., 20 February 1920.

Peary served in the Far East from 1922 onward. With the Yangtze Patrol Force from 1923 to 1931, she made annual deployments in Chinese waters protecting American interests from 1931 to the outbreak of World War II.

Peary was moored at Cavite, P.I., when news of the Pearl Harbor raid reached her and was caught in the raid on the Cavite Navy Yard, Philippines, two days later. On the early afternoon of 10 December more than 50 two-engined high level bombers appeared over Cavite and, cruising leisurely above the range of anti-aircraft fire, destroyed practically the entire base.

Peary, tied up at a small pier, took one bomb forward which riddled the superstructure and stack and killed 8 of her crew. She found herself in a very precarious position, as fires began to set off torpedo warheads in a torpedo overhaul shop on the wharf next to her. Fortunately, minesweeper Whippoorwill towed her out. Whippoorwill and Pillsbury (DD-227) came alongside and their fire hoses extinguished the fire in five minutes. Her commanding officer, Comdr. H. H. Keith was wounded in this engagement and was relieved by Comdr. J. M. Bermingham.

On 26 December 1941, Peary was underway when the Japanese came over again and dropped several bombs near the ship.

By the morning of the 27th, Peary was in Campomanes Bay, Negros Island, where she decided to put in for the day.

Her crew camouflaged her with green paint and palm fronds, hoping to elude Japanese patrol bombers. Five passed overhead without spotting the ship that morning and when darkness fell she set out through the Celebes Sea for Makassar Strait.

A four-engined Japanese bomber spotted Peary the next morning, and shadowed her until early afternoon when three other bombers joined her in a two-hour attack. The planes dropped 500 pound bombs and then launched two torpedoes only 500 yards from the ship. Peary quickly backed on one engine and both torpedoes narrowly missed the bow. Seconds later, two more missed the stern by ten yards. The bombers then withdrew.

The New Year found Peary at Darwin, Australia. During January and a part of February, she operated out of Darwin, principally on anti-submarine patrol. At about 10:45 a.m. on 19 February Peary was attacked by single-motored Japanese dive bombers and suffered 80 men killed and 13 wounded. The first bomb exploded on the fantail, the second, an incendiary, on the galley deck house; the third did not explode; the fourth hit forward and set off the forward ammunition magazines; the fifth, another incendiary, exploded in the after engine room. A .30 caliber machine gun on the after deck house and a .50 caliber machine gun on the galley deck house fired until the last enemy plane flew away. Peary sank stern first at about 1:00 p.m. She was struck from the Navy List 8 May 1942.