James Woolley, a wooden-hull single-screw tug completed in 1899 at East Boston, Mass., by the Atlantic Works, was purchased in 1918 from the Commercial Wharf Towboat Co., and assigned to the First Naval District. Commissioned on 18 June 1918, James Woolley operated in the waters of that district for the duration of her U.S. Navy service, providing tug and tow services and pilot assistance. During that time, she was classified as a harbor tug, YT-45, on 17 July 1920. 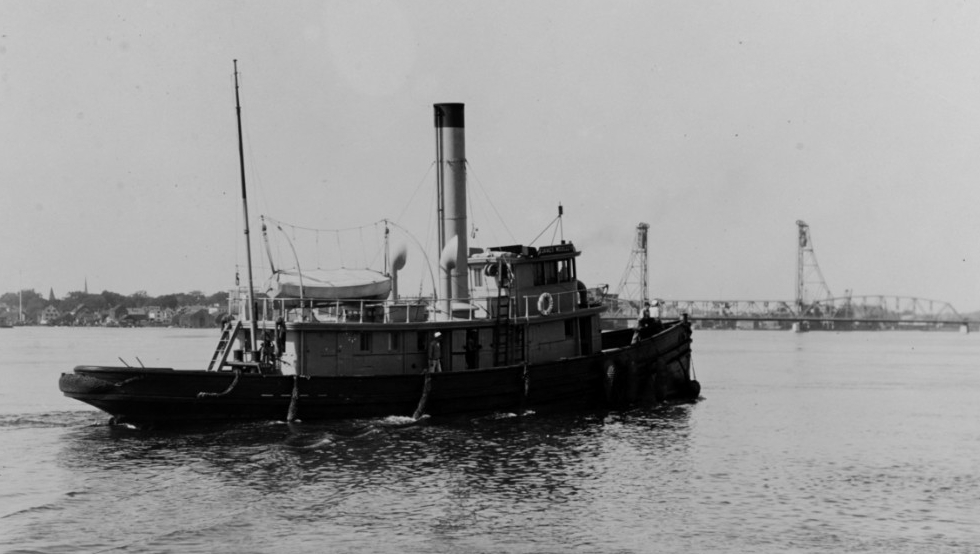 Download
Caption: James Woolley underway off the Portsmouth [N.H.] Navy Yard, 22 September 1926. Note the ladder secured in a vertical position on the starboard side – to allow easier access to ships with higher freeboard. Close investigation of this image shows the ship’s name board above the pilot house showing the full name JAMES WOOLLEY. (Naval History and Heritage Command Photograph NH 52174)