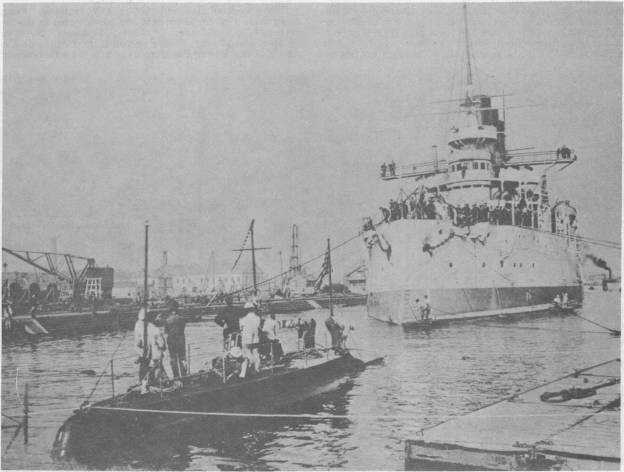 On 16 October 1900, Holland left Newport under tow of tug Leyden for Annapolis where she trained cadets of the Naval Academy as well as officers and enlisted men ordered there to receive training so vital in preparing for the operation of other submarines being built for the Fleet.

Holland proved valuable for experimental purposes in collecting data for submarines under construction or contemplation. Her 166-mile surface run from Annapolis to Norfolk 8 to 10 January 1901 provided useful data on her performance underway over an extended period.

Except for the period 15 June to 1 October 1901, which was passed training cadets at the Naval Torpedo Station, Newport, R.I., Holland remained at Annapolis until 17 July 1905 as a training submarine.

Holland finished out her career at Norfolk. Her name was struck from the Navy Register of Ships on 21 November 1910. She was sold as scrap to Henry A. Hitner & Sons, Philadelphia, on 18 June 1913. Her purchaser was required to put up $5,000 bond as assurance that the submarine would be broken up and not used as a ship.