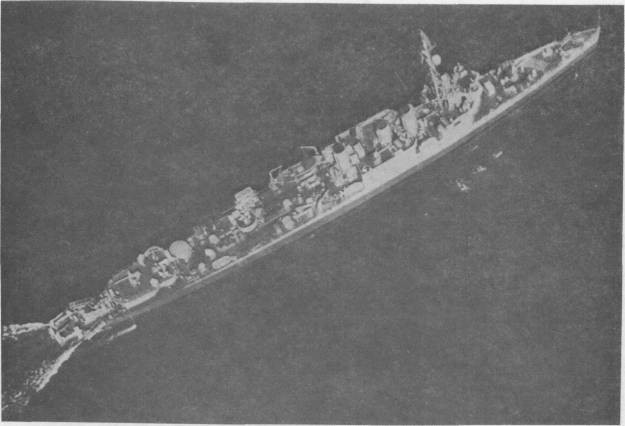 Seaman Hogan entered the Navy on board the schooner Revenge at Boston, Mass., in 1811 and transferred to frigate Constitution 18 February 1812. During the War of 1812 he won distinction on board Constitution in an engagement with the British frigate Guerriere. When Constitution's flag was shot away from the main top gallant masthead, Hogan climbed the rigging and lashed the colors to the masthead. In later action between the Constitution and Java on 3 January 1813 he was severely wounded, losing the fingers of both hands. He died 1 September 1818.

Hogan (Destroyer No. 178) was launched by Union Iron Works, San Francisco, Calif., 12 April 1919; sponsored by Mrs. Magnus A. Anderson, a sister of the Secretary of the Interior Franklin K. Lane; and commissioned 1 October 1919, Lt. Comdr. B. M. Williams in command.

After shakedown Hogan arrived San Diego 21 November to join the Pacific Destroyer Force. From 23 November to 6 February 1920 she sailed in company with her division and engaged in fleet maneuvers, patrol duty, torpedo exercises and target practice along the California coast. On 25 March she departed for Hawaii, where she operated for the next month. The destroyer rejoined her squadron at San Diego in late April for 5 months of gunnery exercises and trial runs in that area. She returned to San Diego in early 1921 and engaged in important experimental torpedo practice and divisional operations until 9 December. For the remainder of her service Hogan assisted U.S. battleships in conducting torpedo firing exercises in the Pacific. She decommissioned at San Diego 27 May 1922.

Recommissioned 7 August 1940, Hogan underwent conversion to a high speed minesweeper at Mare Island and reclassified DMS-6. Her activity up to World War II consisted mainly of intensified minesweeper training and patrol duty in the Caribbean and along the Eastern Coast.

During the early months of the war Hogan acted as a convoy escort in the Caribbean and eastern Atlantic, protecting shipping from U-boat attack. The first major operation in which she took part was the invasion of North Africa in late 1942. For this important amphibious assault, mounted over an entire ocean, Hogan departed Norfolk 24 October and arrived with the Center Force off Fedhala for preliminary sweeps 7 November. As the landings began early next day, the minesweeper continued to patrol the vital transport area. Just after 0500 she was sent to investigate strange running lights and came upon a French steamer and escort vessel. Hogan ordered both ships to reverse course, and when the order was not obeyed fired a burst of machine gun fire across the escort's bow. The ship, Victoria, replied with fire of her own and attempted to ram the minesweeper, but Hogan avoided her and with 20-mm fire forced her surrender.

In the days that followed the minesweeper continued to conduct antisubmarine patrol off Fedhala, searching for submarines that attacked the transports 11 November. The ship entered Casablanca harbor 18 November, the invasion a success, and after patrol duties sailed for Norfolk, arriving 26 December.

Hogan next returned to coastal convoy duties until November 1943. She sailed 13 November from Norfolk to join the Pacific Fleet, transited the Panama Canal, arriving Mare Island 5 December. The minesweeper was needed for the first phase of the long island campaign toward Japan, the invasion of the Marshalls, and sailed for Pearl Harbor and Kwajalein 16 January 1944. Hogan carried out antisubmarine patrol off Roi Island before departing 4 February for Espiritu Santo, where she arrived 27 February.

After another period of convoy duty, Hogan arrived Milne Bay 7 April to prepare for the Hollandia operation. The attack group sailed 18 April and arrived Humboldt Bay 4 days later. Hogan and other minesweepers cleared enemy mines for Admiral Barbey's invasion force, after which the ship carried out shore bombardment and screening duties. She arrived Cape Sudest with HMAS Westralia 25 April.

Hogan sailed from Eniwetok 10 June to make preliminary sweeps of Saipan for the invasion to come. She remained off Saipan during the assault 15 June, coming under enemy shore fire, and moved to Guam the next day. As the Japanese fleet moved toward the Marianas for a decisive naval battle, Hogan returned to Saipan to protect the tansports. In the great carrier battle which followed 19-20 June, the American fleet won a stunning victory, crippling the Japanese naval air arm and securing the Marianas operation from interference. Hogan returned to the staging base at Eniwetok 30 June, but returned to Guam 12 July to carry out screening and mine-sweeping duties for the assault there. She arrived Espiritu Santo 5 August 1944.

Following a tour of escort duty in the Solomons, Hogan steamed via Pearl Harbor to San Francisco for repairs, arriving 5 October. As the recapture of the Philippines gained momentum, the ship steamed from San Francisco 6 November and arrived Manus staging area 4 December 1944. Moving to Leyte Gulf before Christmas, Hogan sortied with the Minesweeping and Hydrographic Group 2 January 1945. Kamikaze attacks, symbol of Japanese desperation, began soon afterward, and continued during the voyage to Lingayen Gulf. The minesweepers entered the invasion area 6 January and began their dangerous sweeping operations. Four of the minesweepers were sunk or damaged, and Hogan's gunners were busy with attacking aircraft. With the operation well underway, the ship arrived Leyte Gulf 16 January.

After retiring to Tinian, Hogan sailed once more 7 February to take part in the important assault on Iwo Jima. During this operation she swept mines, screened transports, and carried out shore bombardment before departing with a group of battleships and their escorts 7 March. Arriving Pearl Harbor 13 April via Ulithi she continued to San Diego 3 May 1945.

Hogan underwent major repairs and reclassified AG-105 5 June 1945. The veteran ship was assigned as a target ship for bombing tests and was sunk off San Diego 8 November 1945.