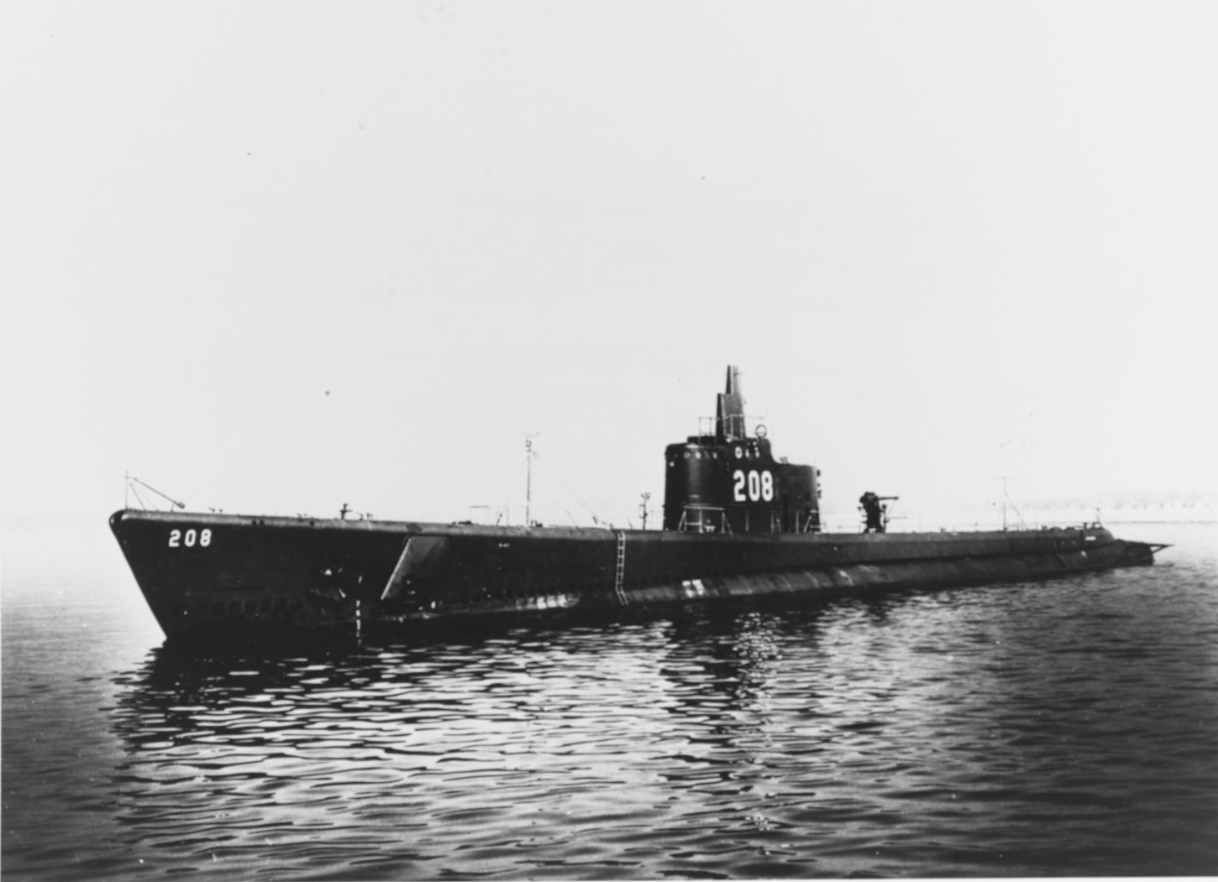 Lake herring, a small fish of great commercial importance in the Great Lakes.

Attached to the Atlantic Fleet, Grayback conducted her shakedown cruise in Long Island Sound out of Newport, R.I., New London, and New York. In company with Grampus (SS-207), she departed New London on 8 September 1941 for patrol duty in the Caribbean and Chesapeake Bay; then arrived Portsmouth, N.H., on 30 November for overhaul.

Following America's entry into the war Grayback sailed for the Pacific on 12 January 1942 and arrived at Pearl Harbor on 8 February. Her first war patrol (15 February-10 April) took her along the coast of Saipan and Guam. There she participated in a deadly four-day game of hide-and-seek with an enemy submarine; the enemy I-boat fired two torpedoes at Grayback on the morning of 22 February, then continued to trail her across the Pacific. Grayback spotted the enemy conning tower a couple of times, and the Japanese ship broached once; but Grayback could not get into position to attack. After four nerve-wracking days, Grayback shook the other sub and continued on patrol. First blood for her came on 17 March as she sank a 3,291-ton cargo ship off Port Lloyd.

Grayback's second war patrol met a dearth of targets although she even took the unusual and risky measure of patrolling surfaced during the day. On 22 June she arrived Fremantle, Australia, which was to remain her home base for most of the war. Her third and fourth war patrols, in the South China Sea and St. George's Passage, were equally frustrating as Grayback was hampered by bright moonlight, shallow and treacherous waters, and enemy patrol craft. Despite these hazards, she damaged several freighters and also got in a shot at another Japanese submarine. However, the very presence of Grayback and her sister ships in these waters, the threat they presented to shipping and the number of enemy escorts they tied up, was an important factor in the successful conclusion of the Guadalcanal campaign, America's first offensive campaign in the Pacific war.

The fifth war patrol began as Grayback sailed from Australia on 7 December 1942. Only a week out of port, PhM1c Harry B. Roby was called upon to perform an emergency appendectomy. With Grayback running silent and steady a hundred feet beneath the surface in the Bismarck Archipelago, Roby successfully removed the infected appendix, and TM1c W. R. Jones, his patient, was back standing watch by the end of the patrol. Then, on 25 December, Grayback enjoyed "a Jap appetizer for Christmas dinner," as she battle surfaced to sink four landing barges with her deck guns. Four days later she was again fired on by an enemy submarine but maneuvered to avoid the torpedoes. On 3 January 1943 she gained her revenge by sending to the bottom I-18 one of 25 Japanese submarines chalked up by the Pacific submarines.

On 5 January 1943, Grayback served as beacon ship for the bombardment of Munda Bay and also indulged in some hair-raising rescue work. Lying off Munda early in the morning of 5 January, she received word that six survivors of a crashed B-26 were holed up on the island. Grayback sent ashore two men, then submerged at dawn to avoid enemy aircraft. The submariners located the downed aviators, three of whom were injured, and hid out with them in the jungle. As night fell, Grayback surfaced offshore and by coded light signals directed the small boat "home safe" with the rescued aviators. For this episode, Cmdr. Edward C. Stephan, the commanding officer, received the Navy Cross.

Grayback continued on patrol, torpedoing and damaging several Japanese ships. On 17 January 1943 she attacked a destroyer escorting a large maru, hoping to disable the escort and then sink the freighter with her deck guns. However, the destroyer evaded the torpedoes and dropped 19 depth charges on Grayback. One blew a gasket on a manhole cover; and the submarine, leaking seriously, was ordered back to Brisbane where she arrived 23 February.

On her sixth war patrol from 16 February to 4 April 1943, Grayback returned empty-handed from the Bismarck-Solomons area. Her newly installed SJ radar had failed to function; and although she had taken several shots at marus, none were sunk.

The seventh patrol proved more successful. Departing Brisbane on 25 April 1943, Grayback intercepted a convoy whose position had been radioed to her by Albacore (SS-218) on 11 May. In a night surface attack, Grayback fired a spread of six torpedoes at the seven freighters and their three escorts. The three escorts charged and she had to go deep to elude the attacking enemy. She was credited with the sinking of caro ship Yodogawa Maru. On 16 May she torpedoed and seriously damaged the destroyer Yugure. The following day Grayback intercepted four Marus with one escort and sank freighter England Maru and damaged two others before she was forced to dive. She arrived at Pearl Harbor on 30 May, then proceeded to San Francisco for a much needed overhaul.

Arriving at Pearl Harbor on 12 September 1943, Grayback prepared for her eighth war patrol. Sailing on 26 September with Shad (SS-235), she rendezvoused with Cero (SS-225) at Midway to form the first of the Submarine Force's highly successful wolfpacks. The three submarines under Capt. Charles B. Momsen in Cero, cruised the China Sea and returned to base with claims of 38,000 tons sunk and 63,300 damaged. Grayback accounted for two ships, the fleet tanker Kozui Maru torpedoed on 14 October and the transport Awata Maru, torpedoed after an end-around run on a fast convoy on 22 October. Wolfpack tactics came into play on 27 October as Grayback closed a convoy already attacked by Shad and administered the coup de grace to a 9,000 ton transport listing from two of Shad's torpedoes. The submarines had now expended all torpedoes, and on 10 November they returned to Midway.

With almost a quarter of her crew untested in battle, Grayback departed Pearl Harbor for the East China Sea on 2 December 1943 for her ninth war patrol. Within five days of her first contact with Japanese ships, she had expended all her torpedoes in a brilliant series of attacks which netted four ships for a total of over 10,000 tons. On the night of 18 to 19 December Grayback wreaked havoc on a convoy of four freighters and three escorts. She sent freighter Gyokurei Maru and escort Numakaze to the bottom and damaged several others in surface attack. Two nights later, 20 to 21 December, she spotted another convoy of six ships; and, after an end,around run she fired a spread of nine torpedoes into the heart of the Japanese formation. This first attack sunk one freighter and damaged another before Grayback dived to elude depth charges. Three hours later she surfaced and sank a second freighter. After an unsuccessful attack the following night had exhausted her torpedo supply, Grayback headed home. Undaunted by lack of torpedoes, the submarine battle-surfaced on 27 December and sank a good-sized fishing boat with deck guns before reaching Pearl Harbor on 4 January 1944. 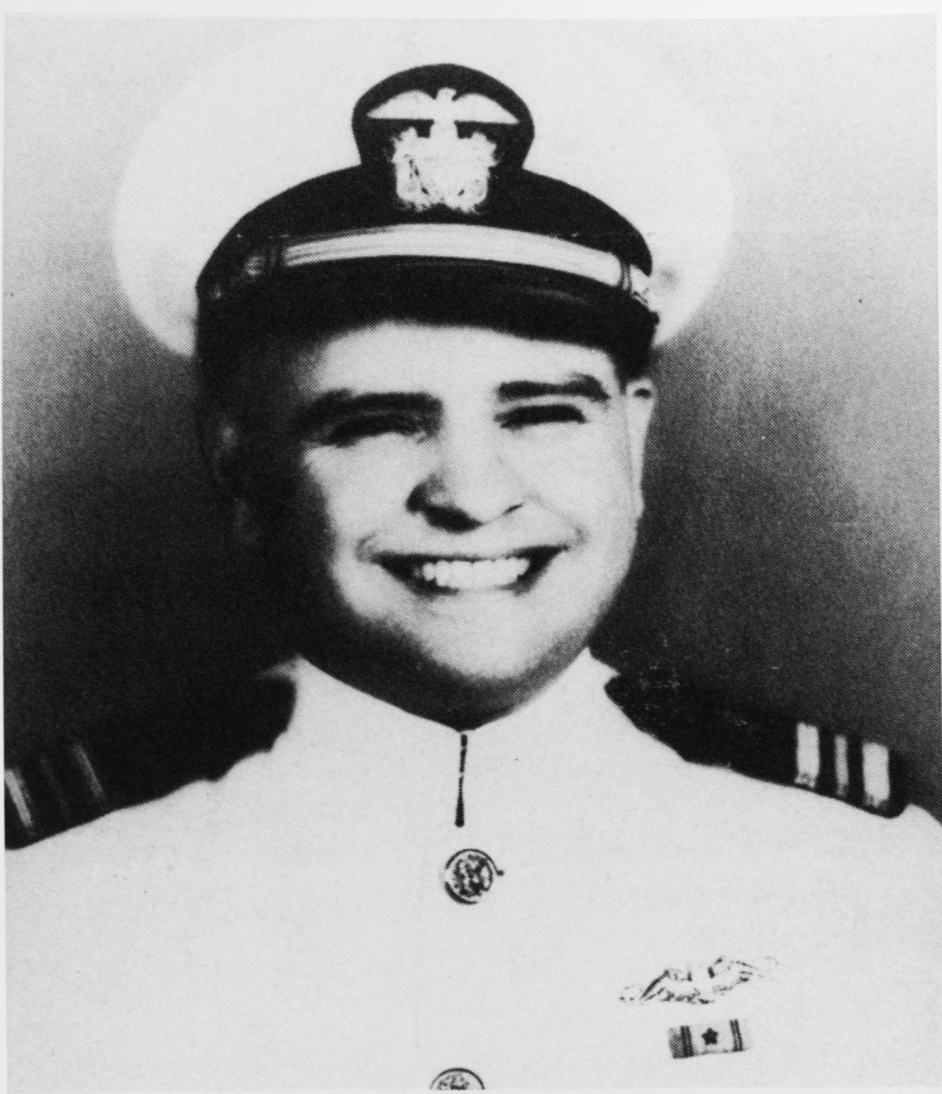 Lieutenant Commander John A. Moore was commanding officer of Grayback (SS-208) when she was lost in February 1944. Copyright owner: Naval History and Heritage Command. Catalog#: NH 92323.

Grayback  sailed from Pearl Harbor on 28 January 1944 for the East China Sea. On 24 February, Grayback radioed that she had sunk two cargo ships on 19 February, in an attack on Japanese convoy TAPA 02, sinking the army cargo ship Taikei Maru, and  the army cargo ship Toshin Maru, that had rescued Taikei Maru's survivors, both cargo vessel's people being rescued by the Japanese destroyer Harukaze. With only two torpedoes remaining, she was ordered home from patrol.

On 26 February 1944, Grayback  suffered damage when land-based Japanese naval aircraft attacked her in the East China Sea, 25°47'N, 128°45'E, but sank the naval transport Ceylon Maru the next day [27 February].  That same day, a Japanese carrier-based plane spotted a submarine on the surface in the East China Sea and attacked. According to Japanese reports the submarine "exploded and sank immediately," but antisubmarine craft were called in to depth-charge the area, clearly marked by a trail of air bubbles, until at last a heavy oil slick swelled to the surface. Grayback had ended her last patrol, one which cost the enemy some 21,594 tons of shipping.

Slated to reach Midway on 7 March 1944, Grayback did not arrive as scheduled. She was listed as overdue, presumed lost, on 30 March 1944. She ranked 20th among all submarines in total tonnage sunk with 63,835 tons and 24th in number of ships sunk with 14.