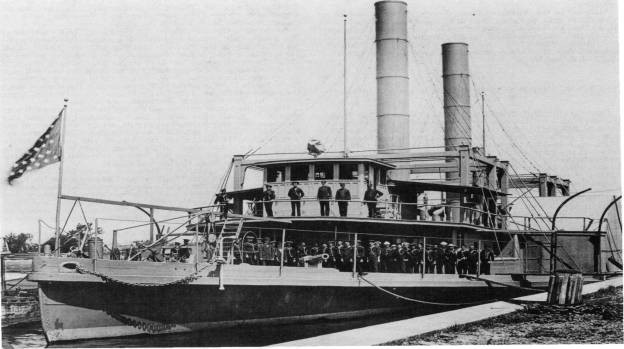 The region surrounding the North Pole. It extends outward from the pole to 70° north latitude.

The first Arctic, a screw steamer built by the Philadelphia Navy Yard in 1855, was commissioned for the purpose of rescuing the Arctic expedition under the command of Passed Assistant Surgeon Elisha K. Kane. She put to sea from New York in company with Release on 4 June 1855. The two ships found Kane and his men at Discoe Island where they had arrived after ahazardous 84-day journey over pack ice and through water in open boats. Arctic and Release returned to the United States with Kane and his party in the fall of 1855.

In July 1856, the ship returned to sea to make soundings in preparation for the laying of the first Atlantic cable. By late in the month, she was at St. Johns, Newfoundland, where she began her series of soundings. Arctic arrived at Queenstown in Ireland on 23 August. Heading back to St. Johns, the ship completed more soundings for the cable before arriving at her destination on 30 September. She moved from St. Johns back to New York where she was decommissioned on 21 October 1856.

In 1857 and early 1858, the ship served in the Coast Survey making further cable soundings. Between May and July of 1858, Arctic cruised the waters around Cuba in company with an American squadron sent there to protect American merchantmen from British cruisers still practicing their so-called "right" of visit and search. Early in 1859, her machinery was removed, and Arctic was turned over to the Lighthouse Service to do duty as a lightship. After 20 years of service off the North Carolina coast, she was sold at public auction on 16 April 1879.