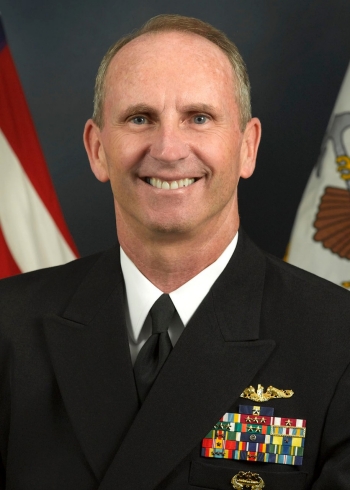 Adm. Jonathan W. Greenert is a native of Butler, Pennsylvania. He graduated from the US Naval Academy in 1975 and completed studies in nuclear power for service as a submarine officer.

He is a recipient of various personal and campaign awards including the Distinguished Service Medal (6 awards), Defense Superior Service Medal and Legion of Merit (4 awards). In 1992 he was awarded the Vice Admiral Stockdale Award for inspirational leadership. He considers those awards earned throughout his career associated with unit performance to be most satisfying and representative of naval service.