Operational records are official records of the U. S. Navy, created by offices within the Department of the Navy in the course of business.  Typically, these records are transferred directly by the office to the Navy Archives.

Please note: The collections described here are only a small portion of the operational records we maintain at the Navy Archives. 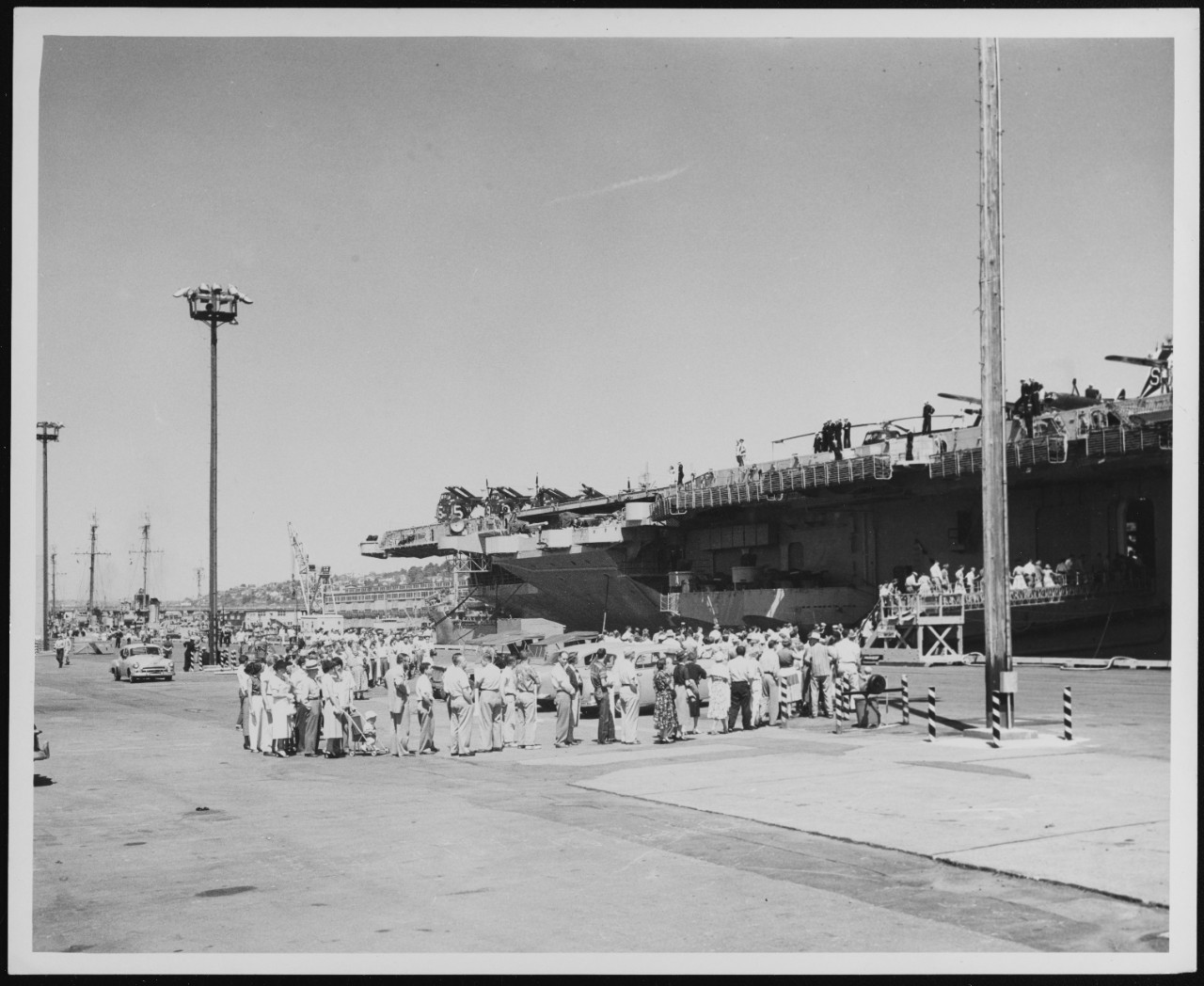 Title: USS PRINCETON (CV-37)
Caption: Open house - thousands of curious seafarers jammed Pier 91 to inspect the Navy's might, USS PRINCETON, during an open house. The PRINCETON's officers and men acted as guides and briefed the public on different phases of the ship's operation. The tour began on the hangar deck and culminated on the flight deck after an exciting ride up the plane elevator. On the flight deck, the public was given an opportunity to examine the PRINCETON's various types of aircraft. The crowd began to weave down Pier 91 as Seafair visitors prepared to board the aircraft carrier USS PRINCETON during Sunday's open house on August 1, 1954.
Catalog #: NH 108188