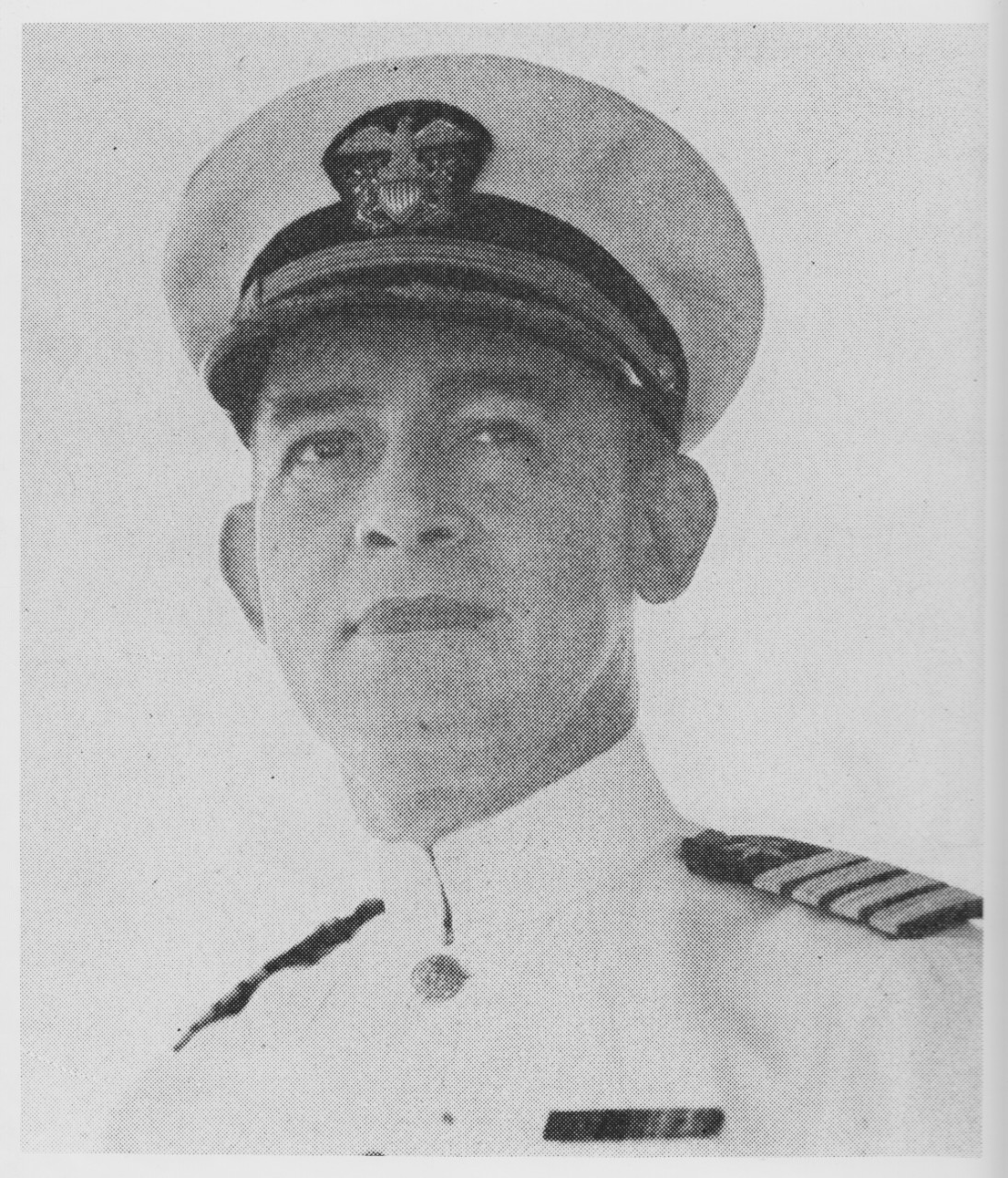 Description: Who was awarded the Medal of Honor, posthumously, for devotion to duty and courage while serving as Commanding Officer of USS Arizona (BB-39) during the 7 December 1941 Japanese raid on Pearl Harbor. Halftone reproduction, copied from the official publication Medal of Honor, 1861-1948, The Navy, page 272. U.S. Naval History and Heritage Command Photograph.
Related Content

Medal of Honor citation of Captain Franklin Van Valkenburgh (as printed in the official publication "Medal of Honor, 1861-1949, The Navy", page 272):

"For conspicuous devotion to duty, extraordinary courage and complete disregard of his own life, during the attack on the Fleet in Pearl Harbor, T.H., by Japanese forces on 7 December 1941. As Commanding Officer of the U.S.S. Arizona, Captain Van Valkenburgh gallantly fought his ship until the U.S.S. Arizona blew up from magazine explosions and a direct bomb hit on the bridge which resulted in the loss of his life."