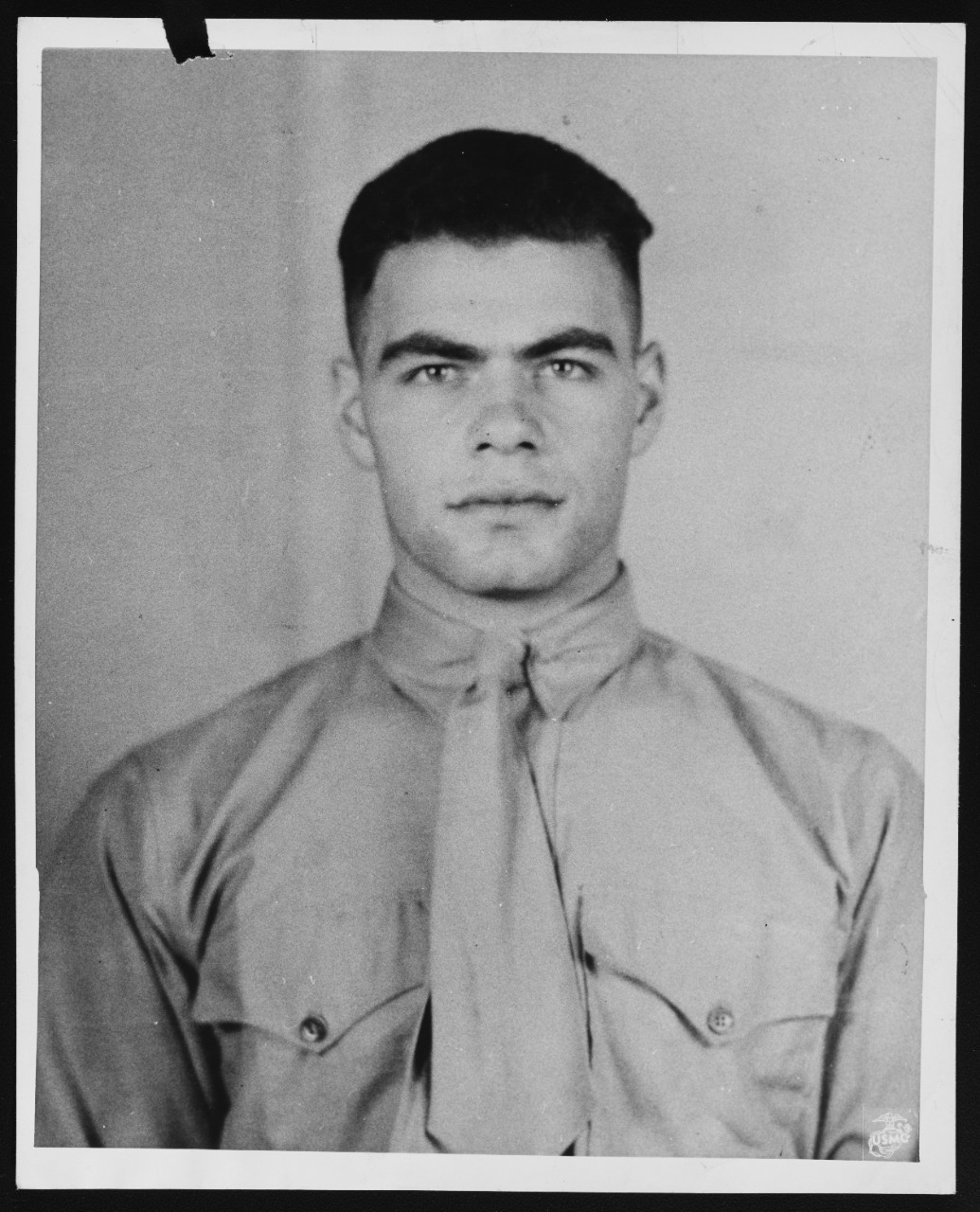 Description: He was posthumously awarded the Medal of Honor for conspicuous gallantry and intrepidity while serving with the Second Battalion, Twenty-Second Marines, Fifth Amphibious Corps during battle against the Japanese on Engebi Island, Eniwetok Atoll, Marshall Islands on 19-20 February 1944. When an undetected enemy approached his foxhole and threw in a grenade, Damato covered it with his body and absorbed the blast, sacrificing himself while saving his comrades. Official U.S. Navy Photograph, from the All Hands collection at the Naval History and Heritage Command
Related Content

"For conspicuous gallantry and intrepidity at the risk of his life above and beyond the call of duty while serving with an assault company in action against enemy Japanese forces on Engebi Island, Eniwetok Atoll, Marshall Islands, on the night of 19-20 February 1944. Highly vulnerable to sudden attack by small, fanatical groups of Japanese still at large despite the efficient and determined efforts of our forces to clear the area, Corporal Damato lay with two comrades in a large foxhole in his company's perimeter which had been dangerously thinned by the forced withdrawal of nearly half of the available men. When one of the enemy approached the foxhole undetected and threw in a hand grenade, Corporal Damato desperately groped for it in the darkness. Realizing the imminent peril to all three and fully aware of the consequences of his act, he unhesitatingly flung himself on the grenade and, although instantly killed as his body absorbed the explosion, saved the lives of his two companions. Corporal Damato's splendid initiative, fearless conduct and valiant sacrifice reflect great credit upon himself and the United States Naval Service. He gallantly gave his life for his comrades."