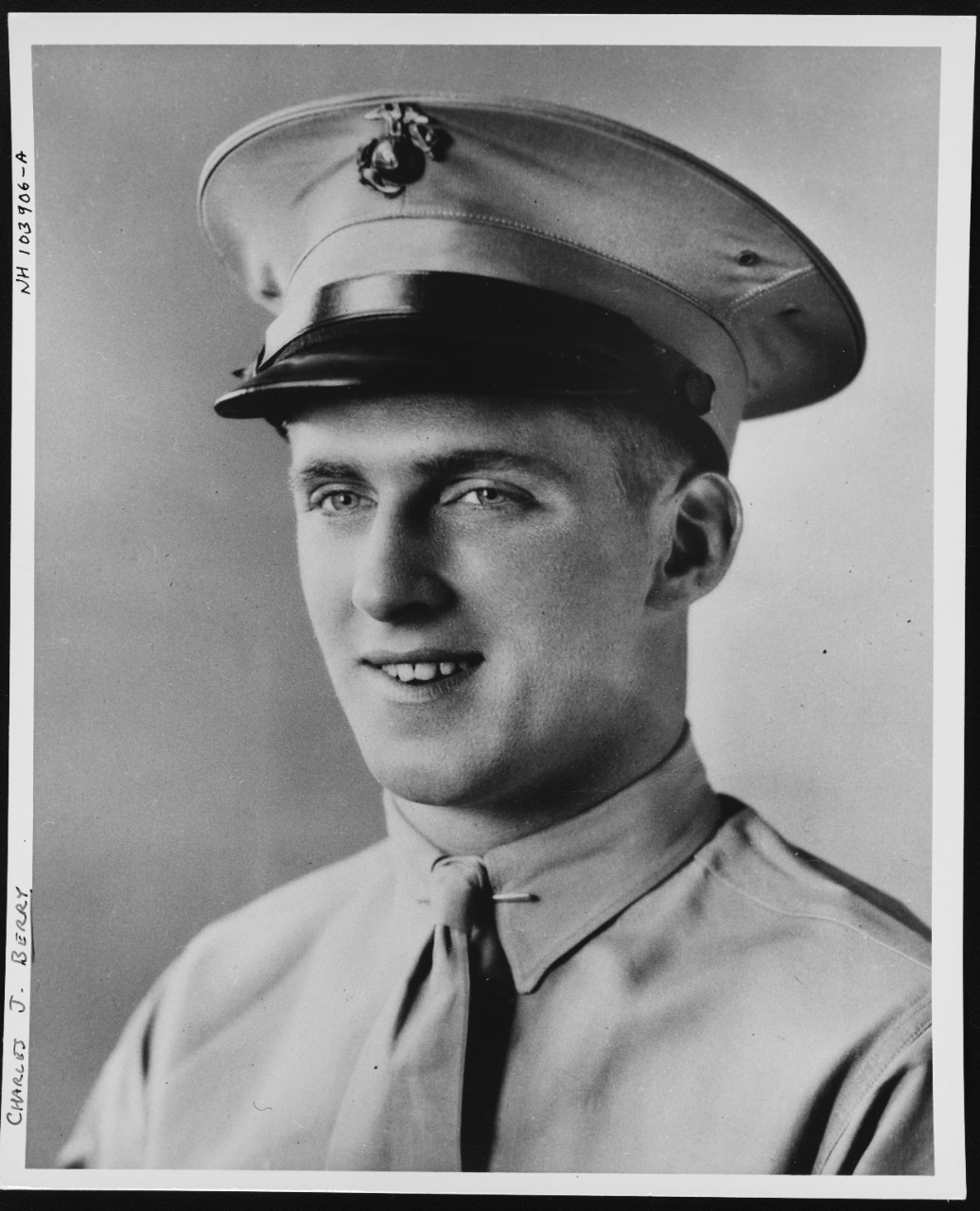 Description: Who was awarded the Medal of Honor, posthumously, for conspicuous gallantry and intrepidity at the risk of his life on 3 March 1945, during the Battle of Iwo Jima. Official U.S. Marine Corps Photograph, from the collections of the Naval History and Heritage Command.
Related Content

"For conspicuous gallantry and intrepidity at the risk of his life above and beyond the call of duty as a Member of a Machine-Gun Crew, serving with the First Battalion, Twenty-sixth Marines, FIFTH Marine Division, in action against enemy Japanese forces during the seizure of Iwo Jima in the Volcano Islands, on 3 March 1945. Stationed in the front lines, Corporal Berry manned his weapon with alert readiness as he maintained a constant vigil with the other members of his gun crew during the hazardous night hours. When infiltrating Japanese soldiers launched a suprise attack shortly after midnight in an attempt to overrun his position, he engaged in a pitched hand-grenade duel, returning the dangerous weapons with prompt and deadly accuracy until an enemy grenade landed in the foxhole. Determined to save his comrades, he unhesitatingly chose to sacrifice himself and immediately dived on the deadly missile, absorbing the shattering violence of the exploding charge in his own body and protecting the others from serious injury. Stout-hearted and indomitable, Corporal Berry fearlessly yielded his own life that his fellow Marines might carry on the relentless battle against a ruthless enemy and his superb valor and unfaltering devotion to duty in the face of certain death reflect the highest credit upon himself and upon the United States Naval Service. He gallantly gave his life for his country."