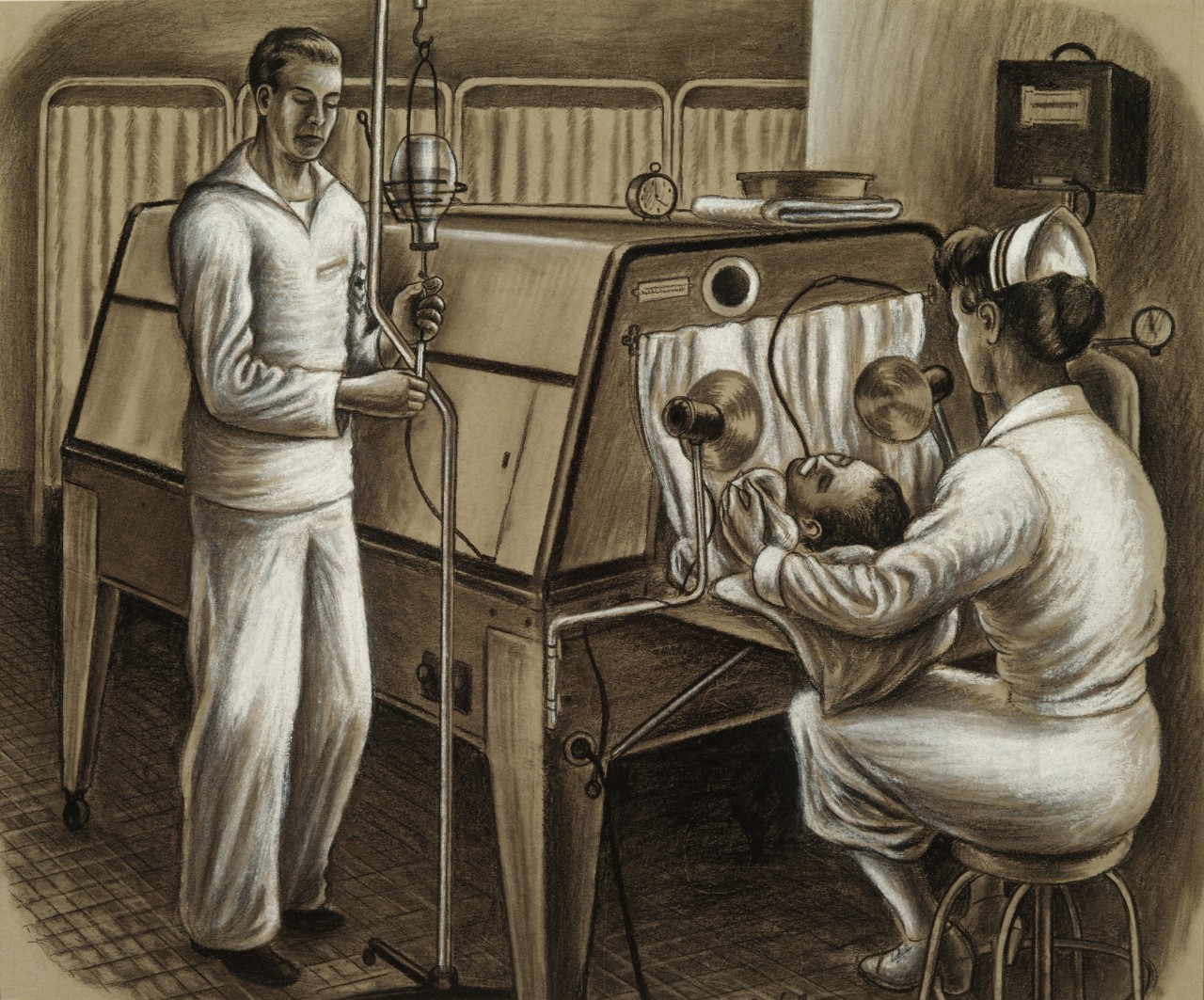 This device artificially induces a fever in order to flush out accumulated toxins through the patient's sweat. As this Navy patient's temperature rises, the nurse wipes the perspiration from his reddening face, while a fan cools his head. A hospital corpsman takes measurements to replace the salt and water lost by perspiration during the treatment. During World War II, Abbott Laboratories, wanting to aid the war effort, hired civilian artists as art correspondents. With the cooperation of the armed services, these artists were sent to military activities in the United States and abroad. Carlos Andreson was one such artist. He was commissioned to depict medical subjects at stateside Naval hospitals.