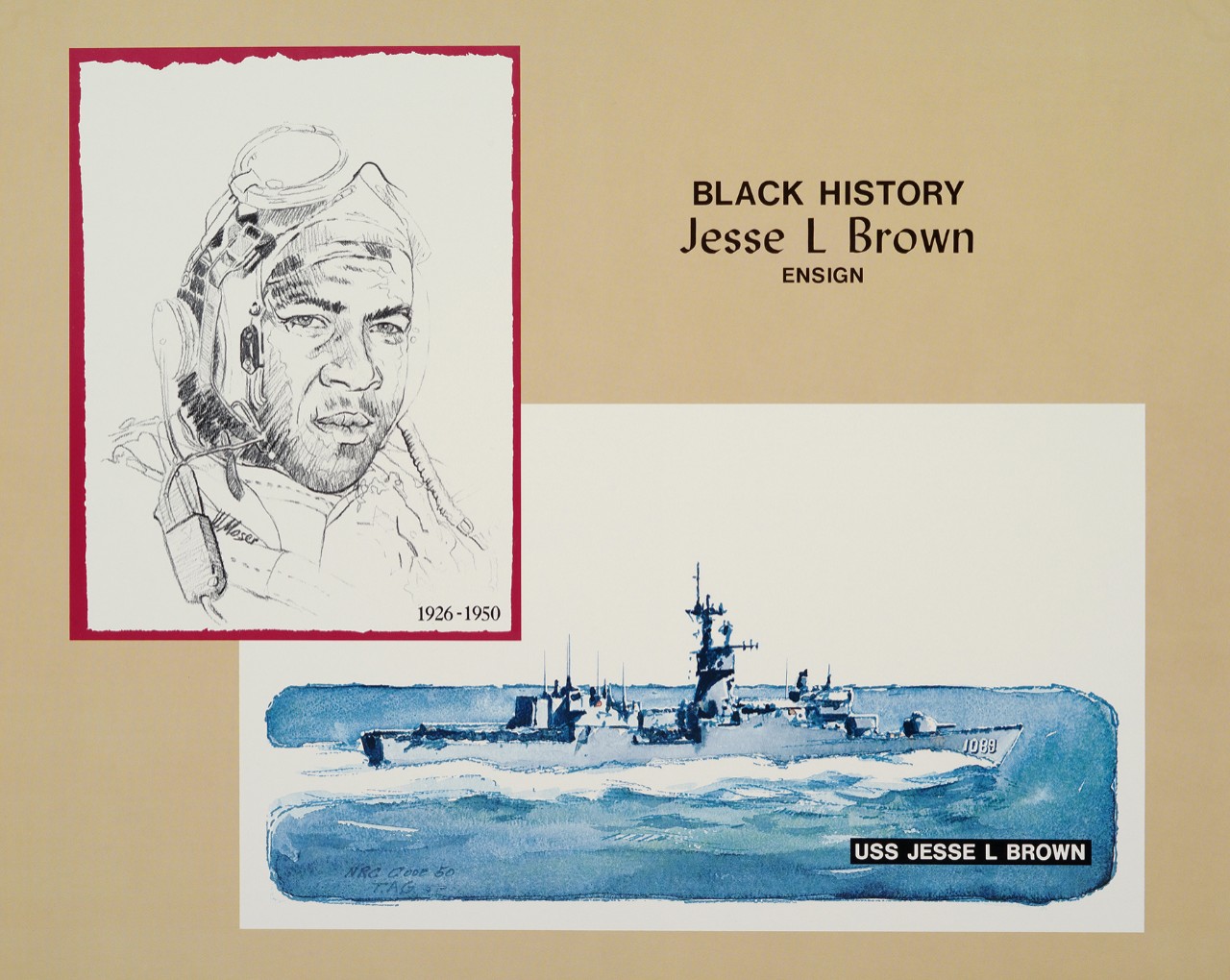 Jesse LeRoy Brown was a United States Navy officer. He was the first African-American aviator to complete the U.S. Navy's basic flight training program, Brown, flew 20 combat missions in the Korean War before his F4U Corsair aircraft came under fire and crashed on a remote mountaintop on 4 December 1950 while supporting ground troops at the Battle of Chosin Reservoir. Brown died of his wounds despite the efforts of wingman Thomas J. Hudner Jr., who intentionally crashed his own aircraft in a rescue attempt, for which he was awarded the Medal of Honor. Brown was a recipient of the Distinguished Flying Cross, and the first African-American naval officer killed in the Korean War. The frigate USS Jesse L. Brown (FFT 1089) was named in his honor.