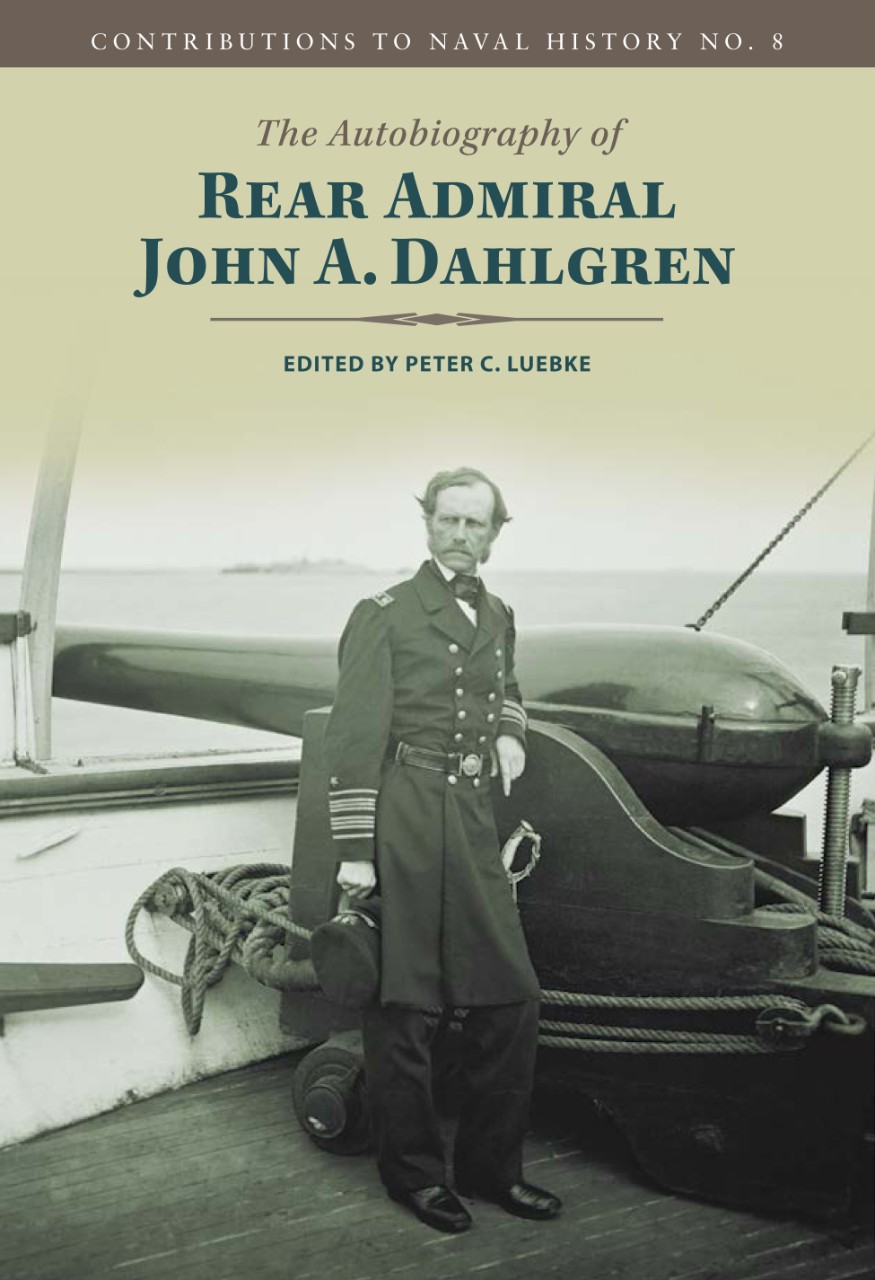 As the new technologies such as Ironclads and steam propulsion created during the Civil War rendered previous naval strategies obsolete virtually overnight, this book honors the history and legacy of the Union leader who revolutionized the naval tactics of his time.

Through accounts written by John Dahlgren, the autobiography becomes the most accurate reflection of his life. Portraying his early life and work for the Navy during the Civil War, the book sheds light on certain key events during the war and offers insight into an organization that was becoming stagnant.

According to the book’s writer and editor, NHHC Historian Peter Luebke, Ph.D., writing the book gave him the opportunity to learn and share information about Dahlgren that hasn’t been readily available until now.

“I saw an opportunity, given the materials we had in the Navy Department Library, and wanted to publish something using his personal papers that reflected what he saw as important to his life work,” Luebke said.

The book details the reluctance of the Navy in engaging the Confederate opposition with their asymmetric method of naval warfare. Dahlgren’s words describe the Union Navy at the time as more of a fleet vs. fleet fighting force, lacking new strategies like their Southern counterparts, and demonstrate the importance of having innovators, like Dahlgren, among the Union’s ranks. Dahlgren also highlighted examples of the lack of communication between the Navy and Army leaderships as well as possible personal vendettas amongst the upper echelons of command.

While the book focuses on the past, it contains valuable lessons for today’s warfighters.

“History in general shows us the importance of flexibility of thought, people can learn from how Dahlgren approached and valued thought,” said Luebke. “His work shows the importance of one’s own imaginative mind and the skills needed when faced with unusual problems. The people of the past have already paid for those lessons. Someone has made that investment, and the Navy, as an organization, should benefit from those.”

To download The Autobiography of Rear Admiral John A. Dahlgren, simply visit: https://www.history.navy.mil/content/history/nhhc/research/publications/publications-by-subject/dahlgren-autobiography.html.

Peter Luebke is a historian at the Naval History and Heritage Command. His other publications with the command include co-editing A Grave Misfortune: The USS Indianapolis Tragedy and Naval Documents of the American Revolution Volume 13. In 2005 he earned his bachelor’s degree in American History and East Asian Studies from William and Mary and his doctorate in Philosophy and American History from the University of Virginia in 2014.

You can view a full list of NHHC’s digital publications here.