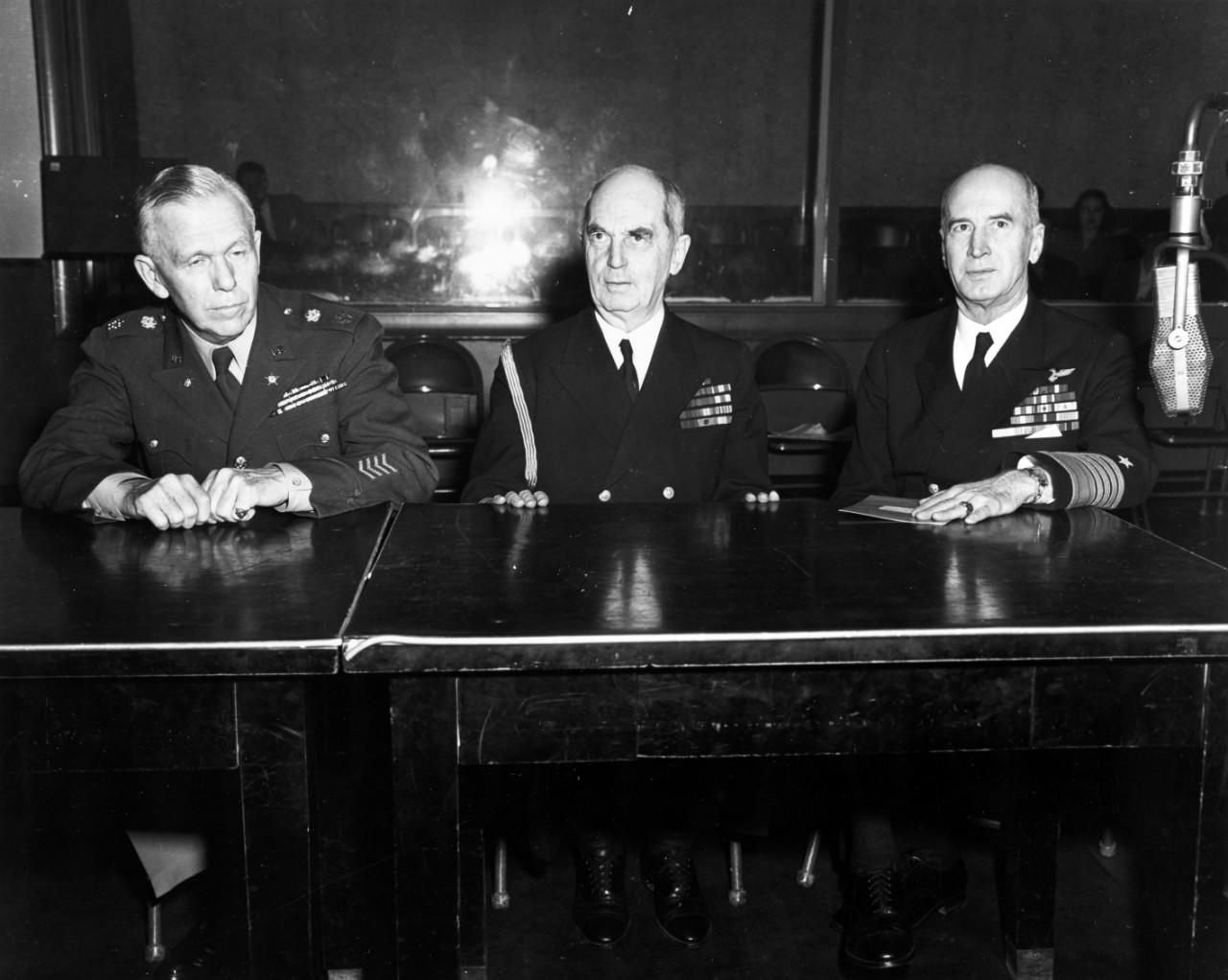 Senior Officers of the U.S. Armed Forces make a radio broadcast in Washington, D.C., following the official announcement of Victory in Europe on 8 May 1945. They are (from left to right): General of the Army George C. Marshall, Chief of Staff, U.S. Army; Fleet Admiral William D. Leahy, Senior Member of the Joint Chiefs of Staff; and Fleet Admiral Ernest J. King, Chief of Naval Operations. Official U.S. Navy Photograph, now in the collections of the National Archives. (80-G-49101)

Tuesday, 8 May 1945, was designated Victory in Europe (V-E) Day by the United States and Great Britain, and continues to be commemorated on 8 May every year by both countries.

The Navy's contributions in the Atlantic theater throughout WWII in the years that led to V-E Day, as well as Navy involvement in European demobilization and the ongoing conflict with Japan, can be explored through historical summaries, photos, and additional links, below. 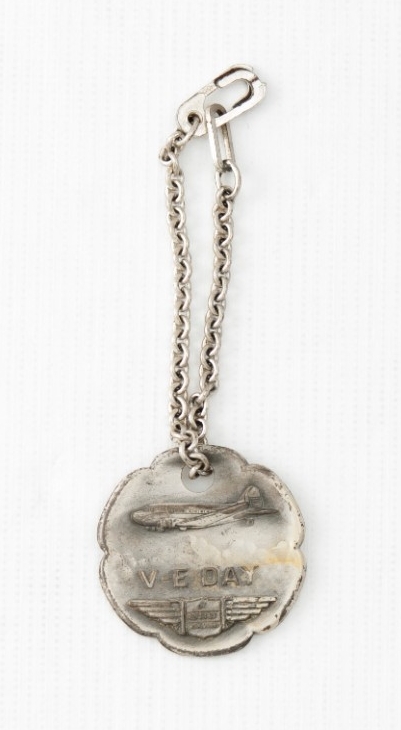 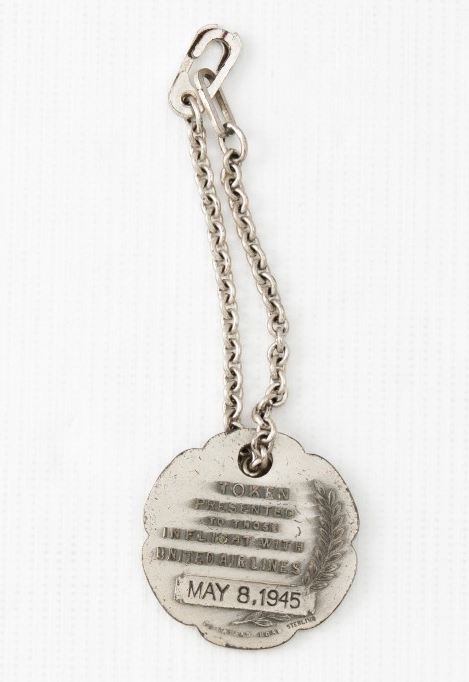 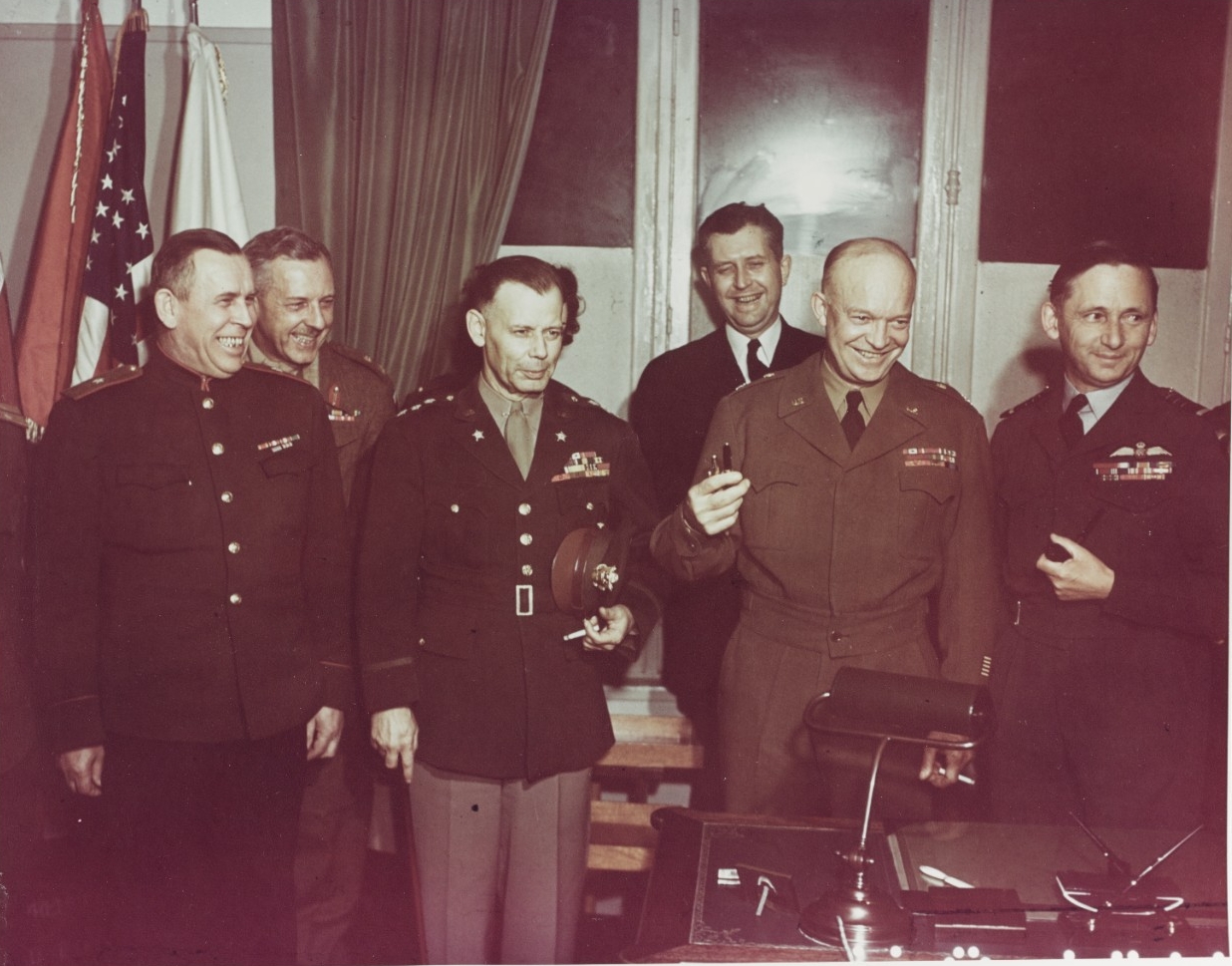 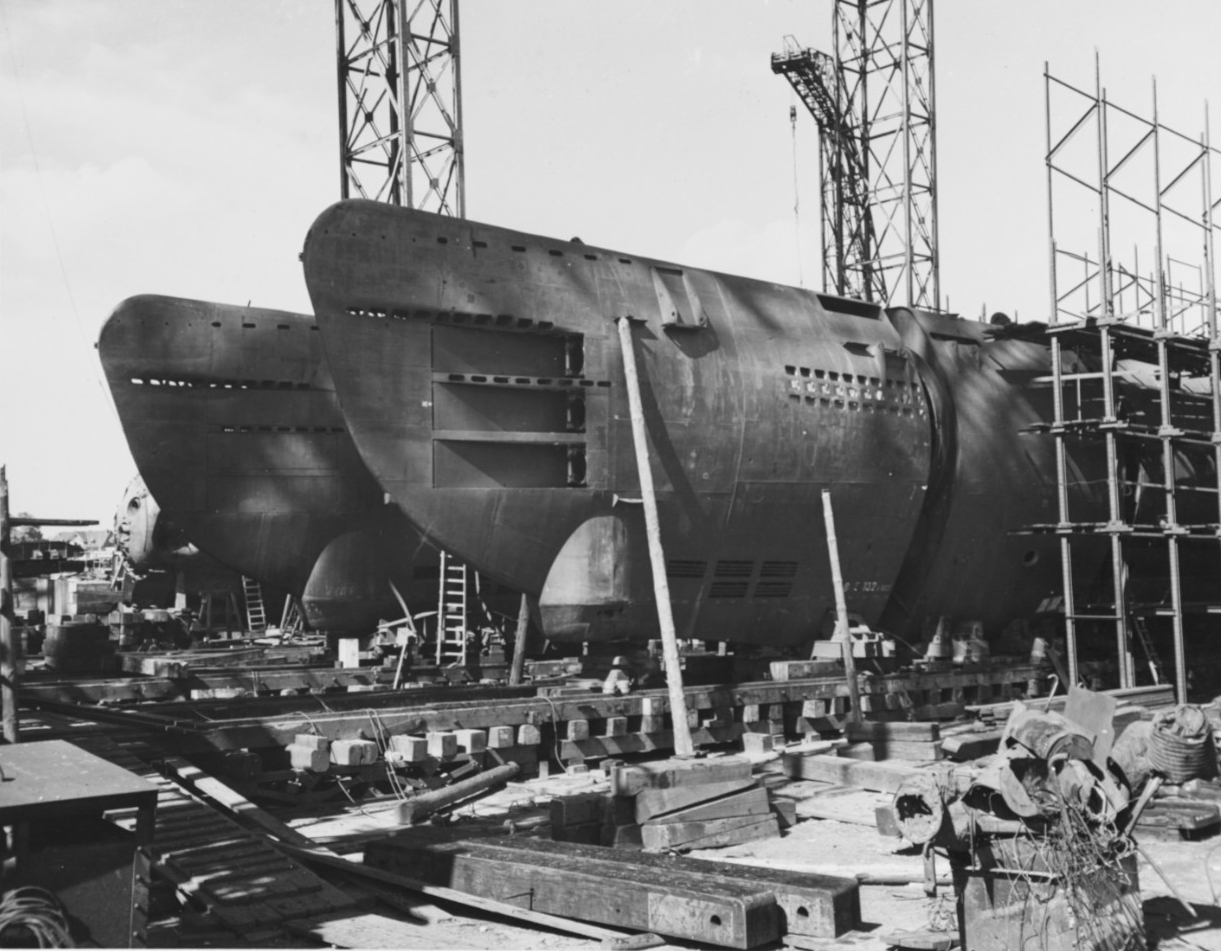 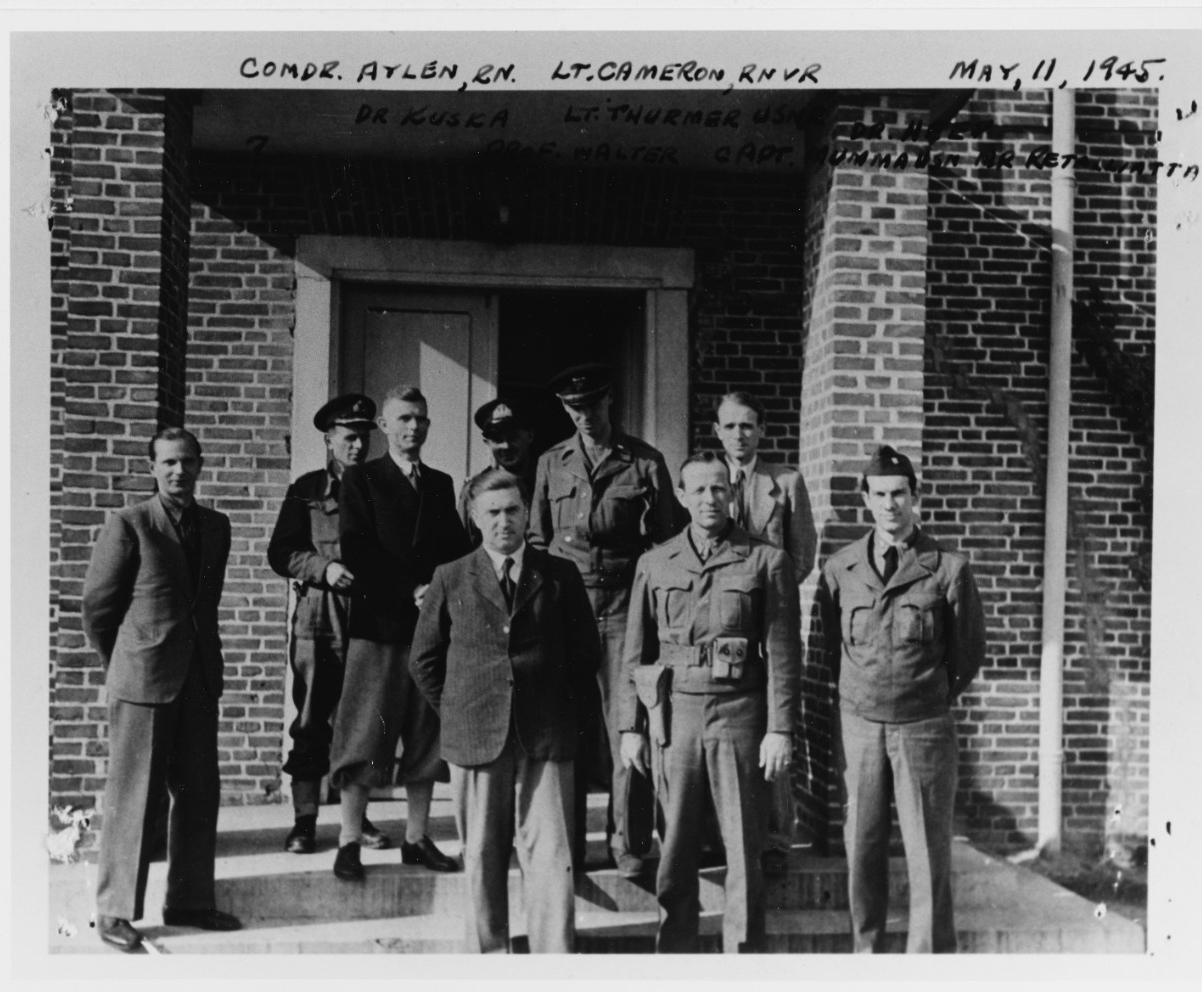 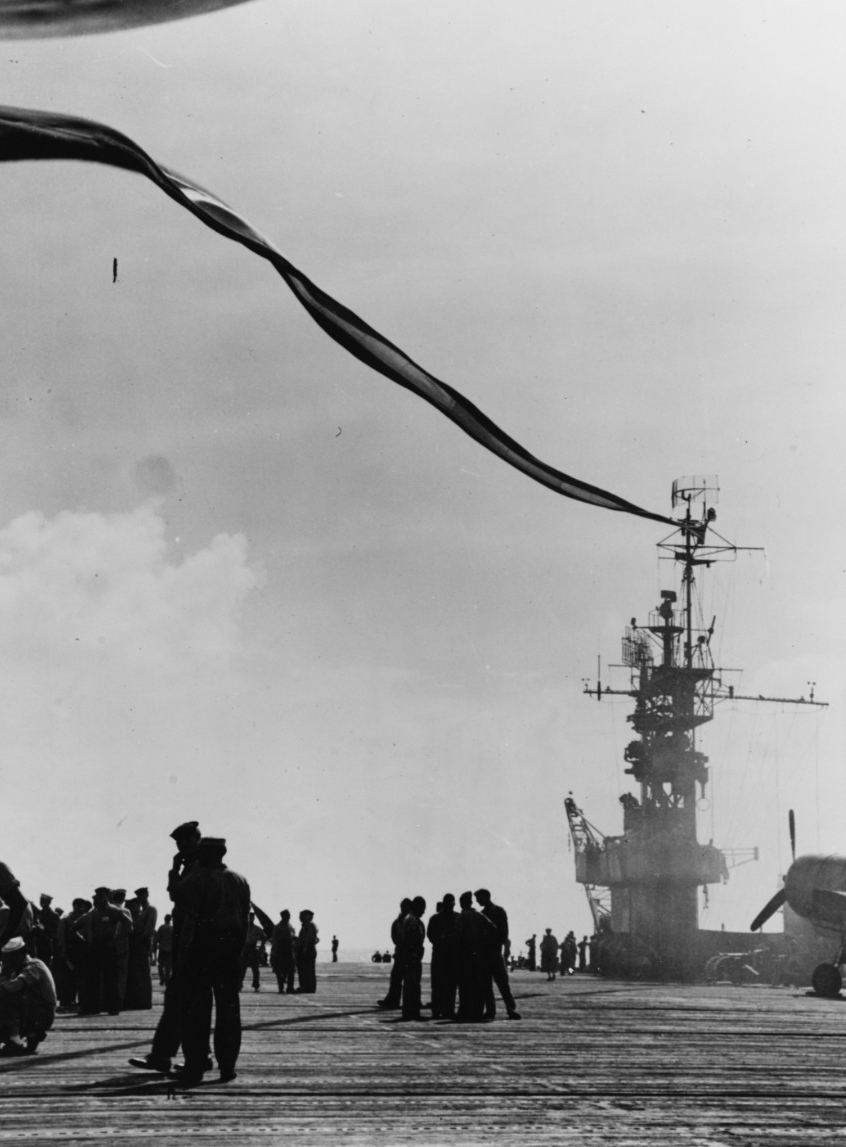 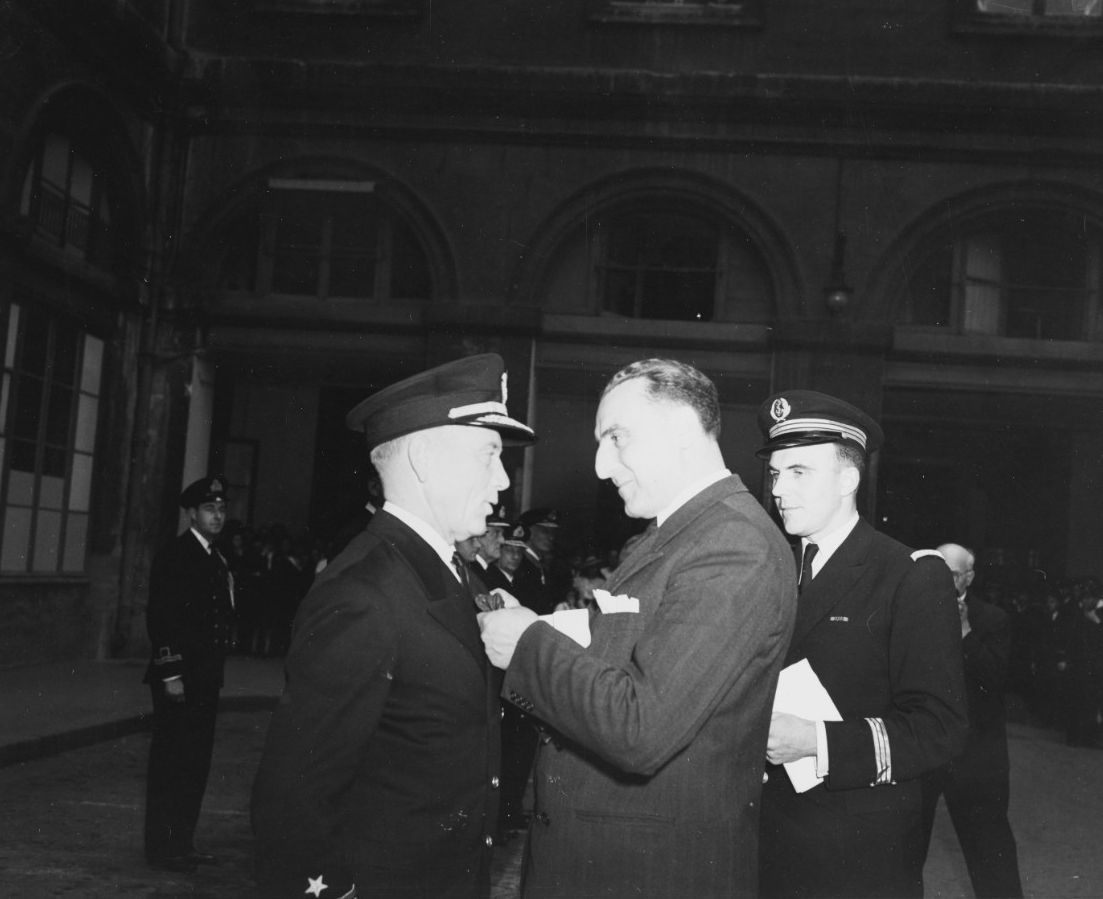 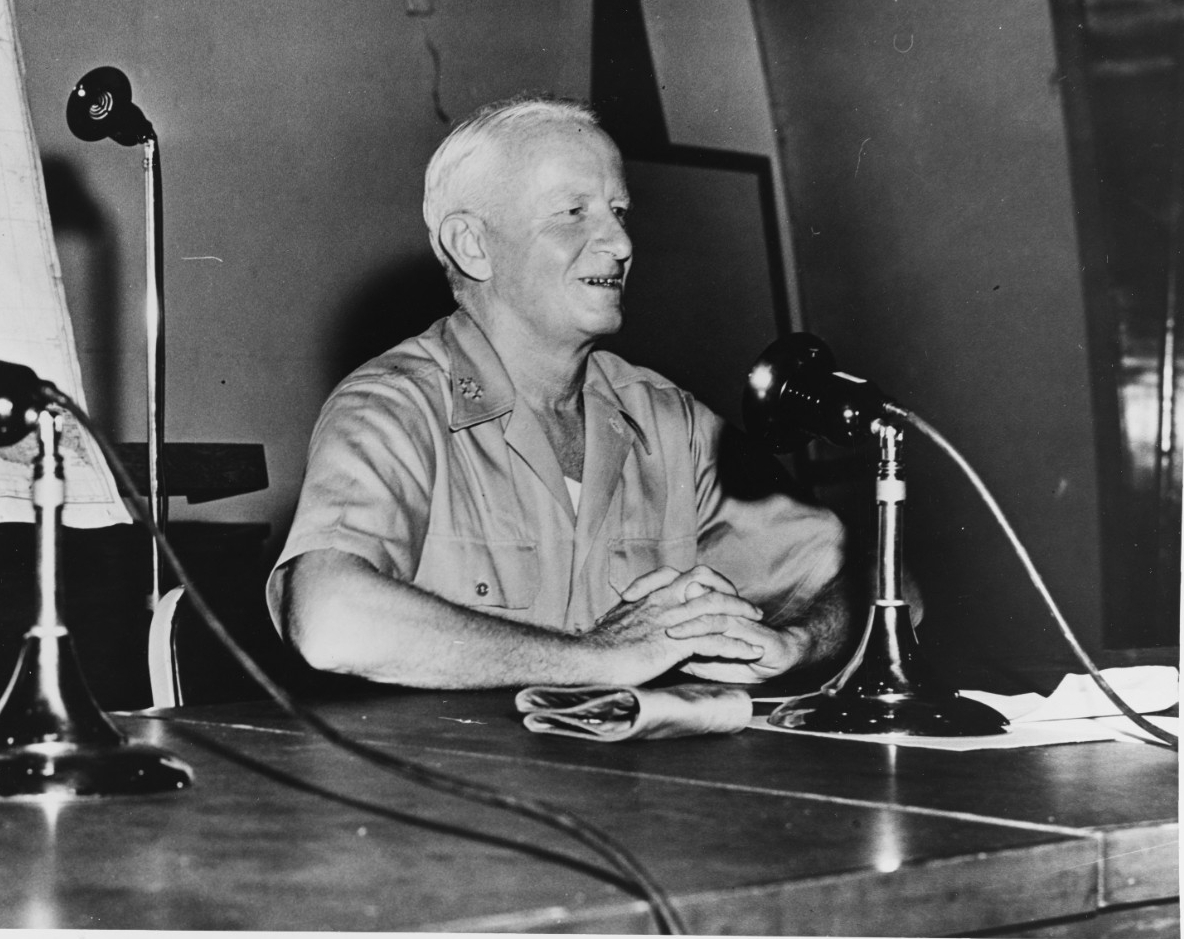 Fleet Admiral Chester W. Nimitz, CINCPAC, at a press conference at his advanced headquarters on Guam, following President Truman's announcement of the surrender of Germany, 9 May 1945. (80-G-319614)