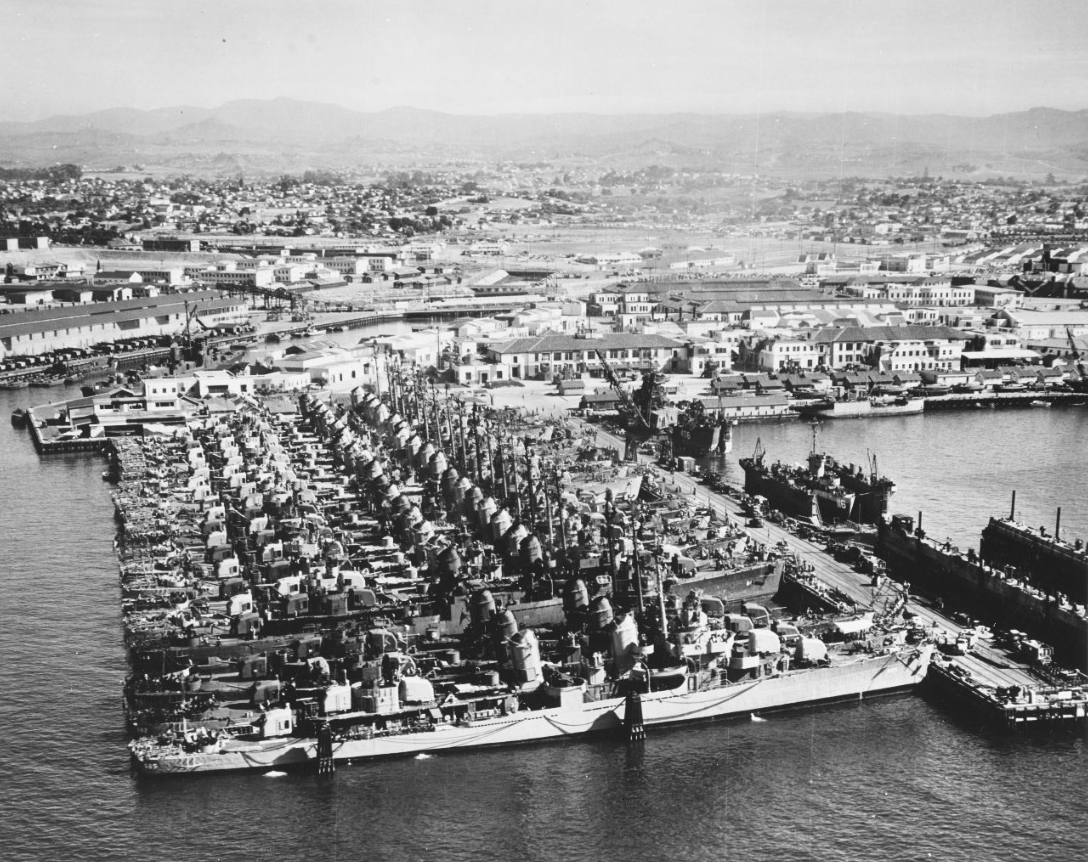 Twenty Fletcher-class destroyers tied up at the repair base, San Diego, while undergoing inactivation, early in 1946 (NH 95684).

Naval Base San Diego was established on 23 February 1922 as U.S. Destroyer Base, San Diego. During World War II, base operations expanded, and the Navy determined that the base had exceeded its function as a destroyer base. In 1943, it was renamed U.S. Repair Base San Diego. After the war, operations changed again and with that came a new mission—that of providing logistical support (including repair and dry-docking) for ships of the active fleet. On 15 September 1946, the Secretary of the Navy re-designated the repair base Naval Station San Diego. In the 1990s, the base became the principal homeport of the U.S. Pacific Fleet when Long Beach Naval Shipyard closed. Naval Station San Diego was realigned under Commander, Navy Region Southwest, and the name changed again to Naval Base San Diego. The base now hosts more than 150 tenant commands and remains the homeport for nearly a third of the Navy’s afloat assets in the Pacific.