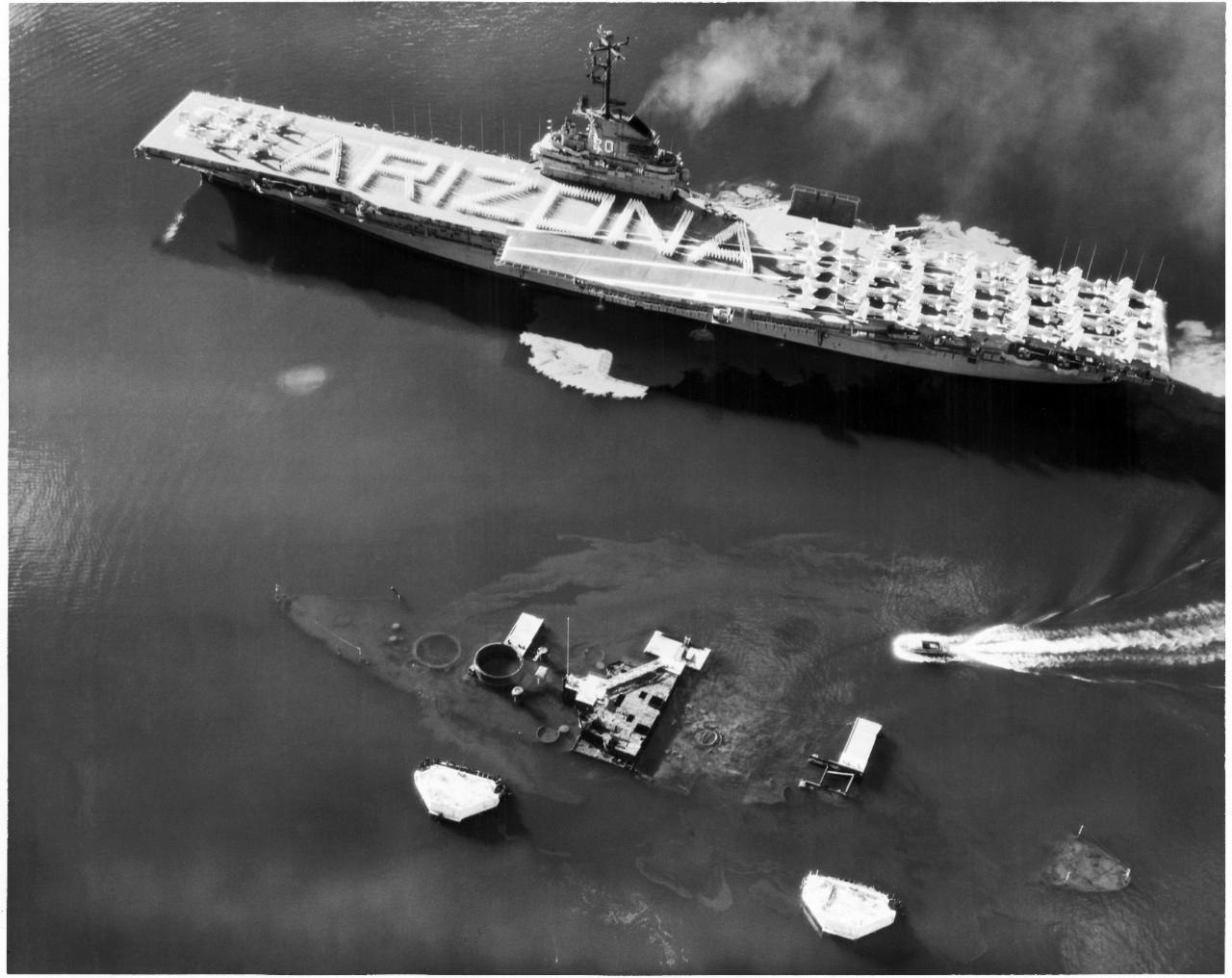 USS Bennington (CVA-20) passes the wreck of USS Arizona (BB-39) in Pearl Harbor on Memorial Day, 31 May 1958. Bennington's crew is in formation on the flight deck, spelling out a tribute to Arizona's crewmen who were lost in the 7 December 1941 Japanese attack on Pearl Harbor. Cllick image to download. (USN 1036055)

In May 1801, as the frigate Congress passed Mount Vernon shortly after the death of George Washington, Commodore Charles Morris noted in his autobiography that “the sails were lowered, the colors displayed half-masted, and a mourning salute of thirteen guns was fired as a mark of respect to the memory of Washington, whose life had so recently closed, and whose tomb was in our view.”

Naval honors to George Washington became official on 2 June 1906 with General Order No. 22. Naval honors are also observed when a ship passes the USS Arizona Memorial in Pearl Harbor.

On Presidents Day and on Independence Day, every ship of the Navy in commission, not underway, executes a full-dress ship. At noon, each saluting ship, and each naval station equipped with a saluting battery fires a national salute of 21 guns.

On Memorial Day, each saluting ship and each naval station having a saluting battery fires a salute of 21 minute-guns at noon. All ships and naval stations display the national ensign at half-mast from 0800 until the completion of the salute or until 1220 if no salute is fired or to be fired.

Manning the Rails: A Navy Tradition

Tending the Side: A Navy Tradition 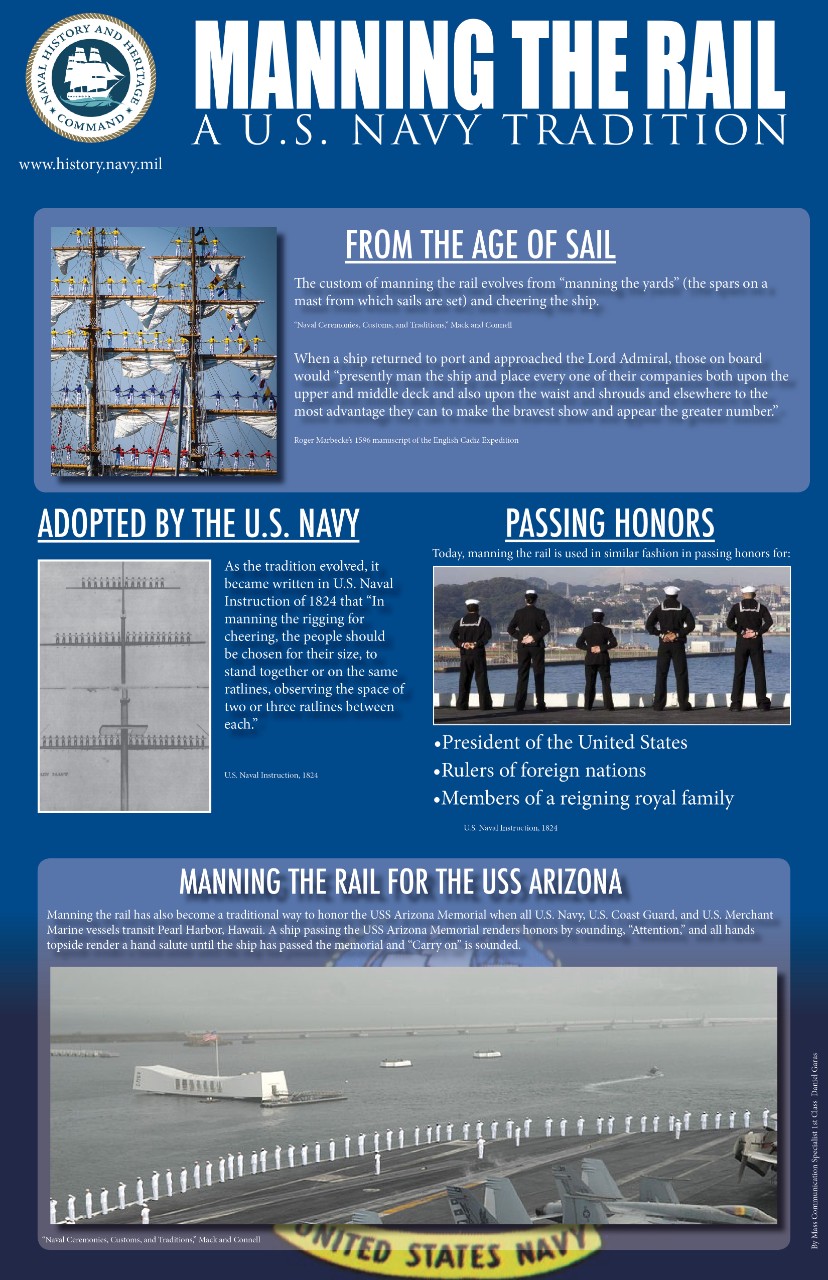 This infographic shares the history of "Manning the Rails" ─ a centuries-old practice for rendering honors aboard naval vessels. Click infographic to download. 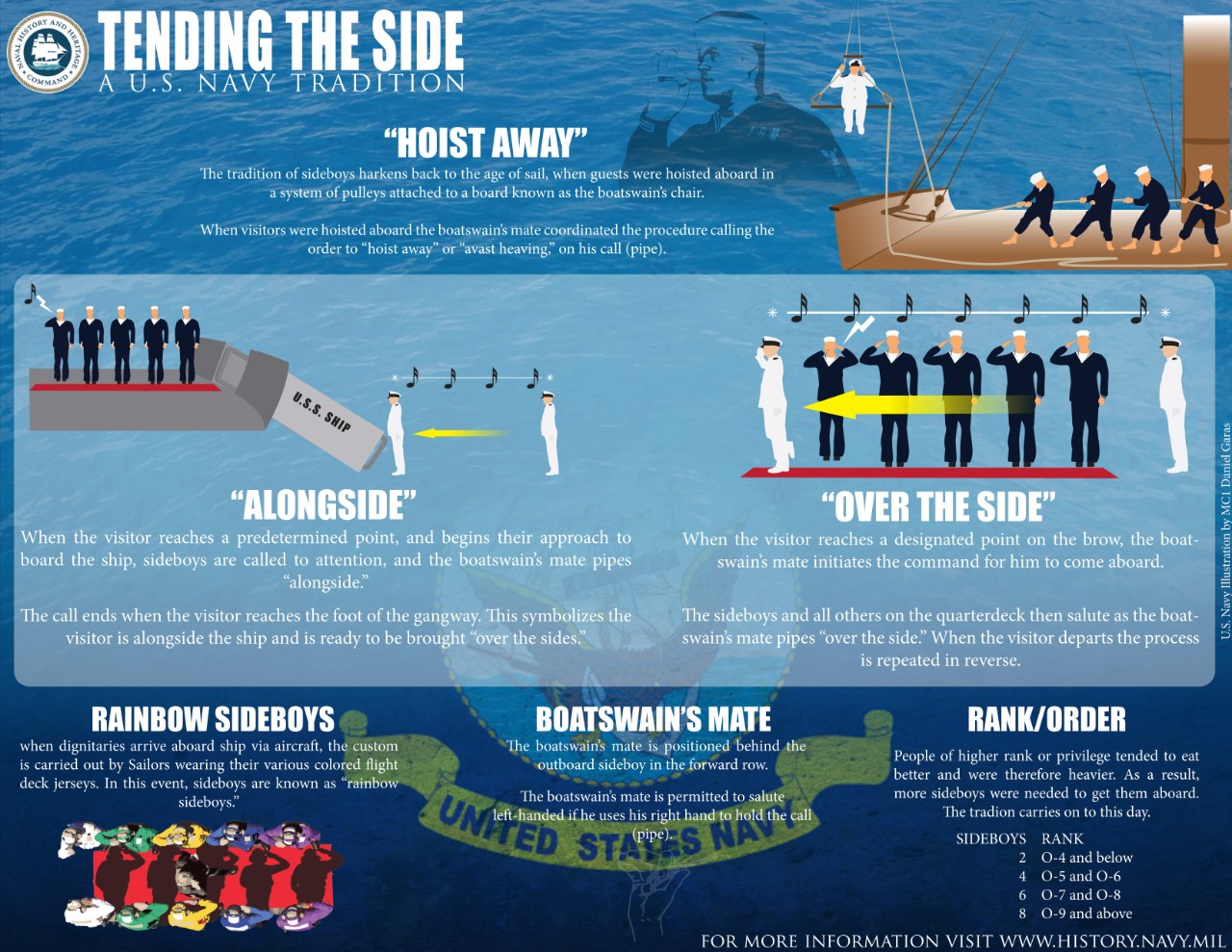 This infographic shares the history of “Tending the Side” ─ an ancient nautical custom for welcoming dignitaries and visitors of special attention aboard ships. Click infographic to download. 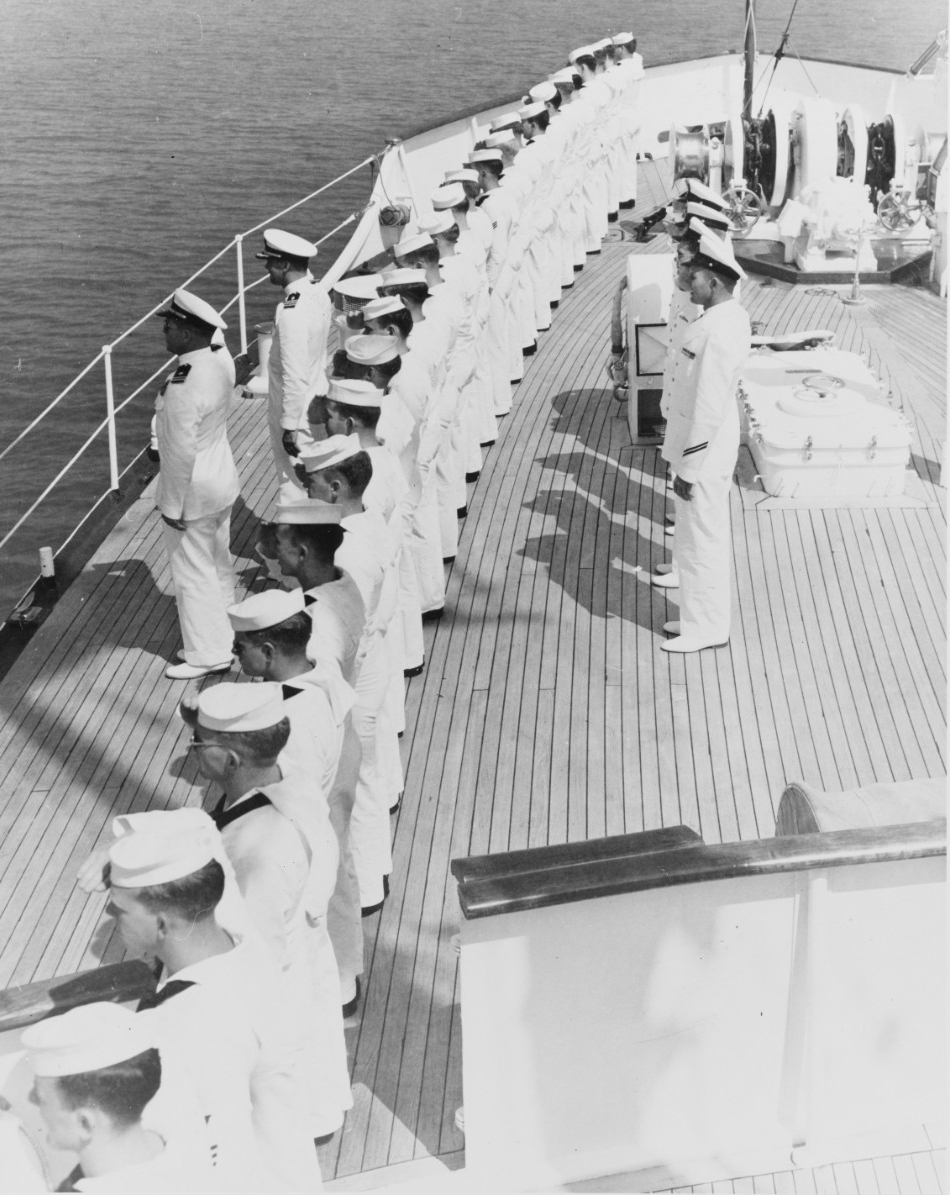 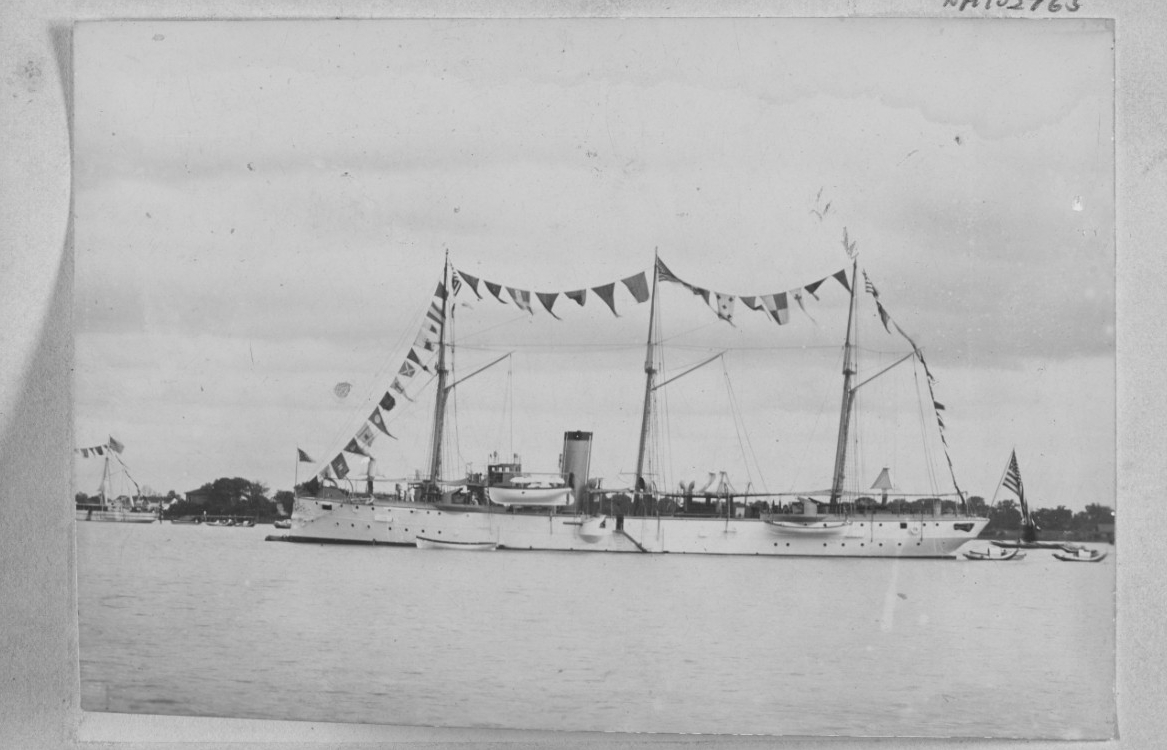 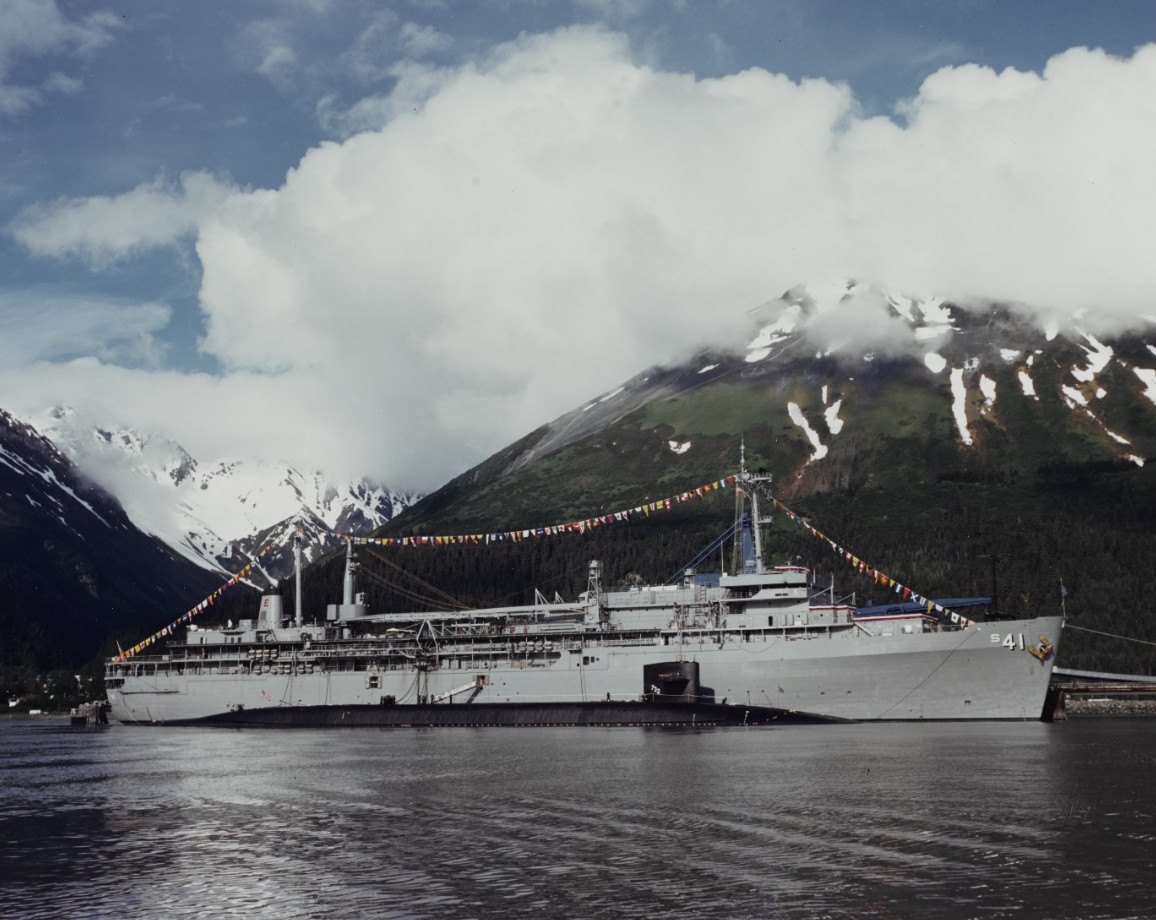